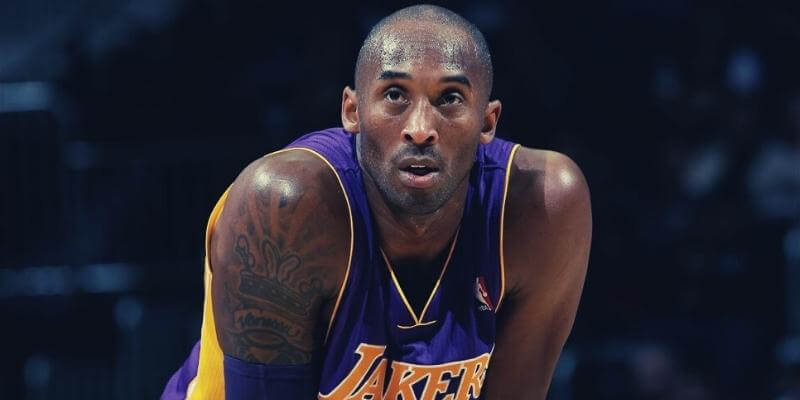 Kobe was one of the most famous athletes of all time. He played at a high level, was the face of one of the biggest franchises on Earth, and is immortalized in basketball history. That’s why so many paid attention to what he said.

This article goes over some of his most well known quotes about the game he loved so much, and explains the meaning behind them. That reveals Kobe’s unique mindset, how he climbed the NBA ladder to be one of the best, and how people can apply those traits to their own life.

There are many well-spoken athletes, but Kobe was on another level when it came to wit and wisdom. He was a true warrior, whose drive to win and basketball IQ pushed him above everyone else.

1. “Winning takes precedence over all. There’s no gray area. No almosts.”

Kobe cared more about winning than anything else. He was a cold-hearted assassin whose only goal was to be the best. This quote sums that up perfectly. His competitive spirit was almost unmatched, which is why he took home five championships in his time.

It’s not that the Black Mamba didn’t want to win, it’s that he couldn’t imagine anything else. Failure was never an option.

2. “I’ve shot too much from the time I was 8 years old. But “too much” is a matter of perspective. Some people thought Mozart had too many notes in compositions.”

During his time in the NBA, Kobe received a lot of flack for his high shot attempts. He loved putting the ball up, and, as this quote shows, was wholly unapologetic about it. That’s because he had an incredibly high degree of confidence.

Looking at the above quote, it shows how much Kobe, as well as other greats, believed in himself. He wasn’t just someone who wanted to take the shot, he knew that nobody had a better chance of making it than him.

3. “Pain doesn’t tell you when you ought to stop. Pain is the little voice in your head that tries to hold you back because it knows if you continue you will change.”

Kobe went through many injuries during his time in the NBA. This quote pertains to that, but it’s also about overcoming obstacles. It might seem easy to let something hold you back. However, pushing through that barrier, no matter what it is, is what separates winners from everyone else.

4. “If you’re afraid to fail, then you’re probably going to fail.”

Kobe was all about having the right mentality. This quote is one of his important life lessons because it shows the importance of a good mindset. He didn’t just think he was going to win, he expected it every single time he stepped out onto the court.

5.“I’ll do whatever it takes to win games, whether it’s sitting on a bench waving a towel, handling a cup of water to a teammate, or hitting the game-winning shot.”

Kobe loved to win, and he believed in himself. However, it’s important to know when to take a step back. This quote reveals that winning is always goal number one, even if Kobe wasn’t the one orchestrating it.

You have to do what’s best for everyone, even if that means giving up the reins.

Kobe was an incredibly wise person both on and off the court. The above quotes reflect that intelligence and show what mattered to him. His mentality, drive to win, and personal passion all came together to create one of the best players to ever live.