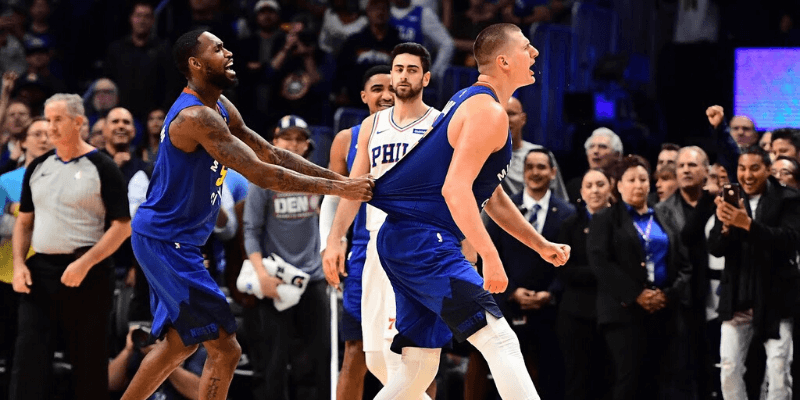 Your next fantasy draft is coming up and you need a kick-ass name for your team. Or maybe the season is now underway, and you need a better name to keep up with your homies. Then you came to the right place.

If you are looking for a quick fix on funny basketball names, here is a list of 10 that I feel are worth making your own.

While being funny isn’t easy, puns are, and luckily the majority of most fantasy basketball names are puns. If you have an affinity for puns, making up your own name will come naturally. For those who are pun impaired, I’m sure you will find something here for you.

One of the most common fantasy team names is that of the player-pun. Which is when you take your star players’ name, typically your first pick and make a face-palming team name. I put together a list of the top 20 fantasy draft picks for the 2019-2020 NBA season and their corresponding pun team name.

If you don’t want to name your fantasy team after a single player, you can keep the spirit on the pun and merge it with general a basketball term. Take a common basketball term, and then you pun it. I’ll provide some examples, but feel free to write your own.

Some people just aren’t about the puns. If that’s you, then that’s okay. You can still be funny without puns, but it would just take a little more effort. Try to express a different essence of humor, like sarcasm, absurdity, or irony.

Humor can come from all angles, but most of the time humor requires relevancy. The NBA has a handful of memes and topics which emerge from the season. Take one as inspiration and make it the namesake of your fantasy team. Another possibility is punnifying a legendary basketball star, even though they aren’t playing right now. Giving them the homage is a great way to give them some respect.

Also, you can take any source of pop-culture that you rock with, and pour some creative juices on it. Just don’t forget to throw a little humor in the name.

Humor and Comedy is also subjective, so being funny is more of a feeling than an art. Picking a funny team name is a long-standing tradition in the game of fantasy sports.

Traditionally, cheap-shot puns are the go-to, but feel free to bring out your creative side and come up with something original. Whatever you choose, just make sure it brings a smile to your face, which will make it even funnier when you crush your homie in your weekly match-up.