In the game of basketball, there are two fundamental ways to score points, either a free throw or a field goal. While there are many basketball leagues played around the world, of varying levels, they all follow a Field Goal system. When you play in an organized game, more than likely your Field Goal stat is tracked.

Basically, a Field Goal is any shot made or attempted by a player during “regular play”. Regular play can be described as anytime both teams are allowed freedom of positioning on the court, while the game clock is running. This is contrary to a free throw situation, wherein the game clock is stopped and players on both teams must take specific positions on the court.

While a Field Goal in itself is not a stat that is tracked, it is the basis of three very important stats used to track a player’s scoring proficiency. That is:

How many points is a Field Goal in Basketball?

The field goal is directly linked to scoring and points. The number of points scored per field goal is determined by the league hosting the game. Most leagues you will come across will be similar to the NBA standard of scoring. 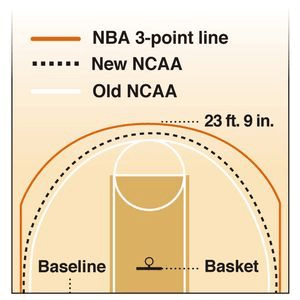 When a field goal is made within the “arc,” it is 2-points, and a shot made from beyond the “arc” is 3-points. The “arc” is sometimes referred to as the 3-point line, its distance and shape also differ between leagues, as you can see from the image how the NBA 3-point line differs from the NCAA 3-point line.

Further Reading: The History of the 3-Pointer [USAB] [Ryan Wood]

The BIG3 league has a 4-point Field Goal spot, which was first popularized by the Harlem Globetrotters in exhibition games. The BIG3 league is the only professional basketball league to use the 4-point field goal spot. 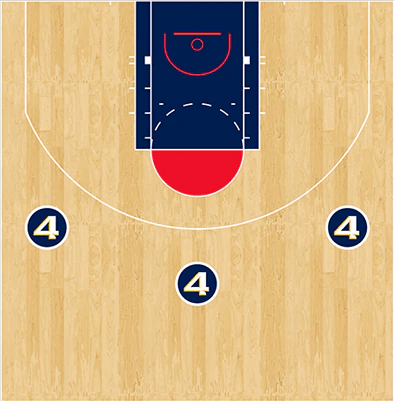 What is Field Goals Attempted (FGA)?

Whenever you shoot the ball (during regular play), you are attempting a field goal. Whether you make the basket or not, the stat is counted towards your Field Goal Attempt or (FGA). Basically, your FGA is representative of the volume of your scoring.

The FGA stat is also the basis of the Field Goal Percentage (FG%) stat, which I will explain below. Other stats related to FGA are:

%FGA, is a player stat that tracks what percent does a single-player take of all the shots their entire team takes. While %FGA 3PT and %FGA 2PT determine the percentage of 3-pointers or 2-pointers a player (or team) takes in relation to all Field Goal Attempts. The links provided will bring you to the official NBA stat glossary.

What is Field Goals Made (FGM)?

The Field Goals Made stat is exactly what it sounds like. You attempt a field goal, it goes in, you earn a mark on your FGM stat.

Along with the FGA stat, the FGM also contributes to calculating the Field Goal Percentage (FG%) stat. Other stats related to FGM are:

If you are fouled while in the act of shooting, the shot does NOT count towards either FGA or FGM. However, if the shot is made while being fouled, it is counted towards both stats.

What is Field Goal Percentage (FG%)?

Possibly your most important stat as a shooter, your field goal percentage reflects how efficient you are as a scorer. While the number of points you score during a game is important, what’s more important is how you got those points.

You can figure out a player’s FG% with some quick maths.

This means you are shooting at 48% Field Goal Percentage. Which is pretty good.

Take the 2019 NBA Finals between the Golden State Warriors and Toronto Raptors (full stats) as an example. With your understanding of Field Goals and what the related stats represent, you can see how big a role each of these players had on offense. 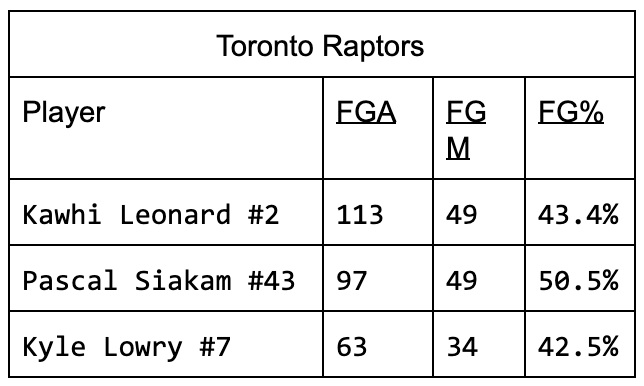 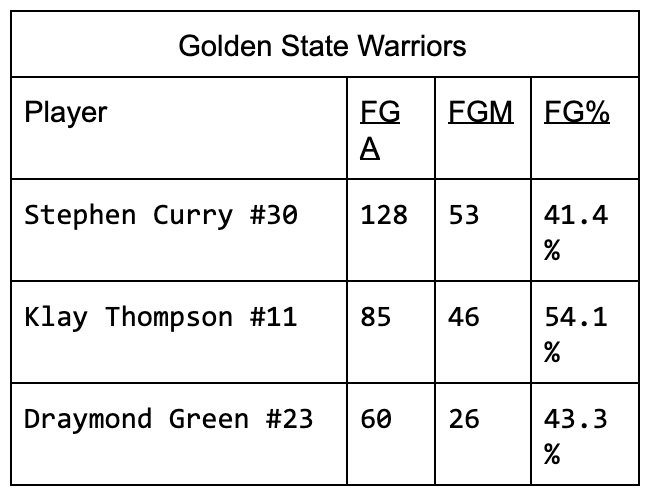 If you want to check out all the stats the NBA tracks, follow this link.

What is a Jumper in Basketball?

What Happens if Basketball Gets Stuck on the Rim?