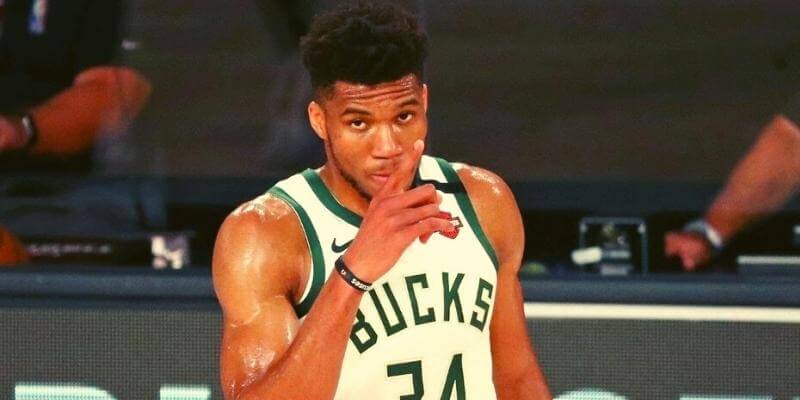 Sports science is constantly evolving. While organizations used to look at players only based on their height and weight, there are many new factors that teams take into account. One of the newest is hand size

This guide looks at Giannis Antetokounmpo’s hand size. The following paragraphs will break down why his impressive mitts matter, why larger hands are important for any player in the NBA, and compare them against other big men across the league.

The Advantage of Hands

Before breaking down Giannis’ hands, it’s first important to look at why large hands matter at all. In the NBA, being large is advantageous. That’s true of height, it’s true of weight, and it’s also true of hands. The more surface area a player has, the better they can grip the ball.

Being able to palm is almost a requirement in the NBA. Not only does easily holding the ball in one hand make it easier to face up someone on offense, but it’s nearly impossible to one-handed dunk without that skill.

On top of that, the more easily someone can grab a basketball, the better they are at shot blocking and rebounding. Taking that into account, it’s easy to see why Giannis’ hands play such an important role in his game.

That makes his hands the biggest in the league. They’re even larger than the likes of 7’2 Rudy Gobert.

Some players might have longer hands, and some might have thicker ones. However, the NBA looks at both height and span. Span measures from the tip of the pinky on an outstretched hand, while height is base to the tip of the middle finger.

When analyzing both measurements, nobody can quite match up to the Greek Freak. He has a great combination of width and length that’s truly rare in professional basketball.

Almost at the Top

Giannis has incredibly large hands by just about any metric. Not only are they long, but they’re wide as well. That helps him grip the ball and score in a variety of unique ways. Even so, his hands are not the biggest to ever see an NBA court.

Though hand size measurements from before 2010 (when the NBA combine started recording the data for them) are hard to come by, there are a couple of giant players who were known for having some of the biggest hands in the history of basketball.

Shaq had monstrous mitts. They were so big, in fact, that many people believe it was the main reason he was never able to properly shoot a free throw.

On top of that, Wilt Chamberlain had huge hands even compared to Bill Russell, and many believe Boban Marjanovic to have the biggest hands of all time. Tacko Fall is up there as well.

Large hands aren’t just for bigs either. Michael Jordan and Kawhi Leonard are both known for their superhuman palm length, which is the reason they’re able to play defense so well. Though they didn’t have great spans, they’re length was similar to Giannis’.

Hand size is a relatively new measurement for NBA players, but it’s important. Bigger hands help players do a lot of things that those with smaller hands can’t. Giannis is a perfect example of that, and shows why a larger grip is such an advantage at the top of the top.