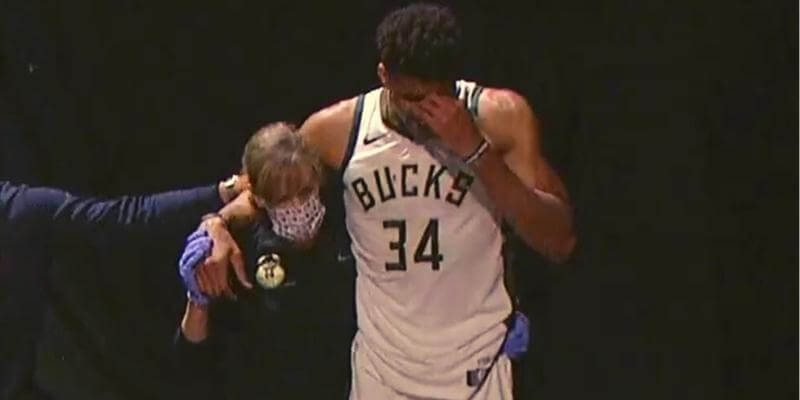 Getting injured is one of the worst things that can happen to any professional athlete. Not only does it keep them from helping their team, but a serious break or sprain can derail a career. That’s why it’s so important for big stars or key players to do everything they can to stay healthy.

Giannis Antetokounmpo is one of the premier faces of the NBA. A lot of that is a result of his skill and large frame, but his ability to avoid injuries matters as well. This guide looks at why that’s such an advantage, not just for him, but for NBA players as a whole.

Injuries are largely random. Players are not able to choose when they might come down too hard, land on someone’s foot, or collide while driving down the lane. Still, there are steps (such as rest and training techniques) that they can take to minimize such risks.

Most current players take great lengths to prevent long term problems and constantly strive to ensure their body is in tip-top shape. Fewer and fewer athletes push through the pain like they used to, and there’s a greater focus on rest days than ever before.

Injuries still happen, but those moves have greatly minimized their frequency. Players don’t have as much pressure on them to get into games, especially during the regular season. Even Giannis, who’s known as a workhorse around the league, knows when to sit out.

The NBA used to be a league of workhorse style players who went as hard as they could each and every night. Now, with a better understanding of modern medicine, organizations let their stars take time off. Almost no one puts the entire load on their shoulders. Except Giannis.

The Greek Freak came into the league with a lot of expectations. He had ample untapped potential on top of a tall-but-lean frame. He also ran the point in a unique way. That combination was impressive, but also a bit scary for the Buck’s organization.

That’s because many people worried Giannis would be too thin and get hurt early on. They couldn’t have been more wrong. The lanky center proved himself to be a true workhorse.

That sharp drop off occurred due to a range of smaller factors that wouldn’t go away. While Giannis didn’t miss any significant amount of time at once, his knee, groin, calf, and ankles kept him on the bench. He sat out several games for general rest too.

Giannis has had very few large injuries in his career. In fact, he’s only had two serious problems. Unfortunately for the Bucks, both occurred during the playoffs. The first happened against the Heat in 2020, and the second occurred the following year against the Hawks.

During the bubble year, Giannis twisted his right ankle in game three of the series. That didn’t just cause him to miss time during that contest, he didn’t play in game four or game five either. The Bucks would drop two of those three games and lose the series 4-1.

After offseason rehab, he came back in 2021 healthier than ever. Though he did miss several games throughout the regular season, he managed to stay ahead of his injuries due to a combination of strong rehab and the ability to sit when he wasn’t 100 percent.

Even so, the injury bug struck him again at a critical time. In game three against the Hawks in the Eastern Conference finals, he came down on his left leg after attempting to block an alley-oop. That hyperextended his joint and forced him to go out in the third quarter.

Luckily for him and his team, he didn’t go away long. The center came back later on in the playoffs and got his team a championship.

He then bounced back during the 2021-2022 season, missing a few games for safety reasons but not seeing anything quite so major. His body did a great job at healing, and did so without any invasive surgery.

No matter how hard a player trains or how many steps they take to stay safe, chances are they will get hurt at some point in their career. Giannis has one of the most consistent starting records in the NBA, and even he went down twice at key parts of his career.

Those injuries show that accidents occur no matter how many steps someone takes. Still, as long as an athlete knows how to properly rehab and doesn’t push too hard, they can be ready to play when they’re really needed.