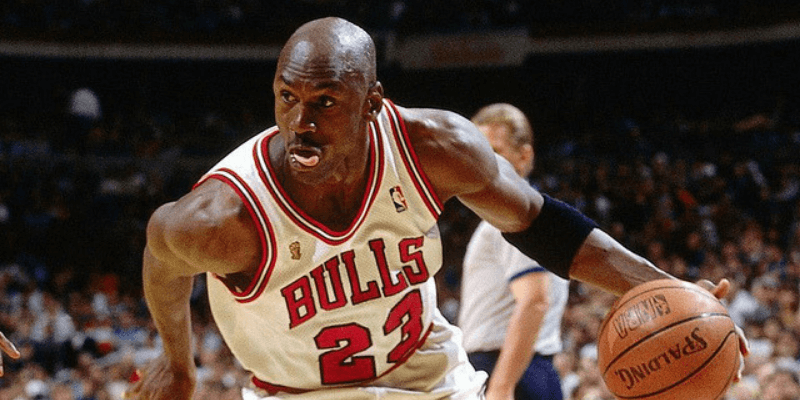 If you are a basketball fan, then you’ve most likely heard the term “G.O.A.T.” It’s a word used often by those familiar with the NBA but is also the source of some confusion and endless debate.

What does G.O.A.T stand for?

You’ve probably seen it written as G.O.A.T, GOAT, GOATs, or The GOAT, but to understand what this means, we need to break down the term to make it clear what it stands for:

Greatest
Of
All
Time

That’s it. G.O.A.T stands for Greatest Of All Time. It’s an easy acronym that makes a ton of sense once you know what each letter stands for.

I’m sure you’ve heard someone say “Oh, he’s the GOAT,” or “So and so are the GOATs.” This is in reference to how someone feels about a certain player on the court – that they are the best to ever do it, whether that be the GOAT shooter, the GOAT dunker, the GOAT passer, or the ultimate GOAT.

Now that you know what the term stands for, let the debate begin about who is the GOAT in the NBA…

Who is the GOAT in the NBA?

Who is your favorite player and are they the greatest to ever play?

I’m sure you might have a very different opinion of the GOAT than your best friend or teammates. The GOAT in the NBA is a long-running debate that many players, writers, and basketball fans have strong and varying opinions about.

Is there one clear true GOAT out there?

Many of you are probably thinking Michael Jordan and that’s an obvious and excellent choice, he was definitely one of the best, if not the best to ever do it.

But Kobe Bryant needs to be in the conversation with his legendary scoring, drive to win, and killer instinct. Lebron James has performed feats on the court that have never been done before and definitely could be called the GOAT, especially if he wins another ring or two.

Shaq dominated on a level that we might never see again. Wilt Chamberlain scored 100 points in an NBA game! Steph Curry is making shot after shot that once seemed impossible. Kareem Abdul Jabaar’s scoring record might never be broken.

To pick one GOAT in the NBA is a difficult task, even for those of you who know the game inside and out. I’m sure I left someone out here that is sure to cause you to say “What about him?!?!”

I’ve thought long and hard about it and my personal opinion on the GOAT in the NBA is:

Lebron. No wait, it’s Jordan. But Kobe was my favorite player as a kid so maybe it’s him…

The truth is, I can’t pick just one GOAT.

There have been so many amazing and legendary NBA players over the years who have accomplished so much on the court and performed on the highest level.

Plus, basketball is a team sport and it’s hard to say who the absolute greatest single player is. I think prime Lebron could probably beat anyone in 1-on-1 but Steph Curry would win a game of HORSE anyday.

The Greatest of All Time is a title that only a handful of the best basketball players to ever step on the court are worthy of. We all know the potential GOATs out there but which player comes out on top will be debated and discussed for years to come.

Who do you think is the GOAT in the NBA? Let me know why they make the top of your list by commenting here!