The Greatest NBA Teams of All Time 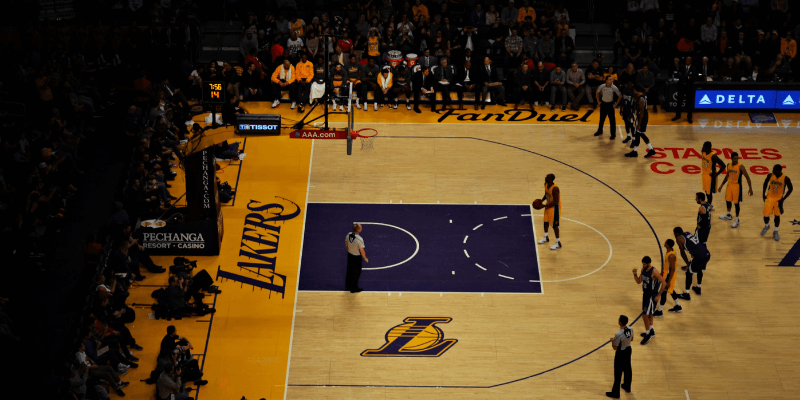 Picking the greatest NBA team of all time is difficult, as the game has progressed and changed so much over the years. I have concocted a formula that should be as fair as possible, and that is by narrowing it down by the decade in which the team played.

Below are my picks for the greatest NBA team of all time, and why I believe they deserve their spot on this list!

My Criteria for Selection

There were two teams in the 1980s that battled it out seemingly every year, and both were in consideration for the best team of the decade. However, Magic Johnson and Kareem Abdul-Jabbar’s greatness barely outshined Larry Bird and his mighty Celtics.

With a winning percentage of over 70% for the decade, they were a powerhouse in the true sense of the word. Dominating with their bigs in the paint, and seeing flashes of brilliance in passing and handles from Magic Johnson.

Pat Riley had his team running on all cylinders throughout the 80s, and no other teams could keep up. Not even the Celtics, who would have been the team of the 1980s if not for this fantastic Lakers team.

With a whopping 26 players earning All-Star selections throughout the 80s, the Los Angeles Lakers had tons of firepower and used it to bring in 5 championships during this time. If ever there was a basketball dynasty, this was it.

The “Jordan Era” in Chicago started in the 80s, but really hit its full stride beginning in the 90s. Michael Jordan led his team to greatness year after year, racking up All-Star appearances and championships along the way.

While he didn’t have a real second option for years with the Bulls, once Scottie Pippen arrived on the scene that all changed. With Jordan and Pippen, the Bulls had one of the greatest one-two punches in NBA history.

The 90s is known for its grit and hard play, and the Bulls played that kind of basketball to perfection. Taking on teams such as the “Bad Boy” Detroit Pistons, their hunger and desire to win shined on a nightly basis.

With a win percentage just shy of 66%, Phil Jackson led the team to win after win, season after season. Even in the absence of Jordan in 1994, the bulls won 47 games and made it to the playoffs. But once the face of the franchise returned to the locker room, it was business as usual.

Teams would double and triple-team Jordan, and yet he found ways to break through and score in a multitude of ways. This helped his team secure 6 championships in the 90s and cemented them as the best basketball team of the 1990s.

The San Antonio Spurs went through a couple of different looks in the 2000s, and the most impressive thing about that is even though some personnel changed, their success level stayed consistently high. While many may not like the “boring” and technical style the Spurs play, no one can question their dominance.

Starting with the high impact duo known as the Twin Towers, Tim Duncan, and David Robinson, the Spurs started their high level of play in the late nineties. That success translated and moved them into the early 2000s, where they continued to win tons of games, as well as championships.

Once David Robinson retired, San Antonio started the “Big 3” era. Tim Duncan in his prime matched with a dynamic Tony Parker and an electrifying Manu Ginobili was one of the powerhouse dynasties that will live on throughout history.

With a combined 16 All-Star appearances and 3 championship runs in the 2000s, the Spurs were the model for dominance and consistency. No matter what players Greg Popovich plugged into his lineups, the wins just kept coming.

The newest member of the NBA “dynasty” club is the Golden State Warriors. Led by the 3 point shooting king Stephen Curry, they have been dominating the NBA over the last decade.

Breaking the Bulls record of 72 wins in a season with their 73-win season was the pinnacle of the run. They have been absolutely dominating in all facets of the game, from the deadly shooting of Klay Thompson and the aforementioned Curry, to the dominant defense and hustle of Draymond Green.

They have had 18 All-Stars this decade, and have won 3 championships. It would be hard to argue that they are the best team in the NBA. In a world where the three-point line is seen as the golden nugget to winning, no one is stroking it quite as well as the Warriors.

All of this without ever mentioning Kevin Durant, who when combined with the other All-Star players on the roster took what was a great team and kept them at the top of the league. The Warriors have been extremely tough to beat on any given night, but their dominance over the last decade is what will be talked about for years to come.

While it would be hard to pick one team to be “the best” throughout basketball history, defining it by decades makes it much easier to pick out the absolute best teams to ever play the game. You could make cases for teams like the 80s Celtics or the 2000s Lakers, but in the end, the teams here are truly the cream of the crop.