What is Hand Checking Rule in NBA 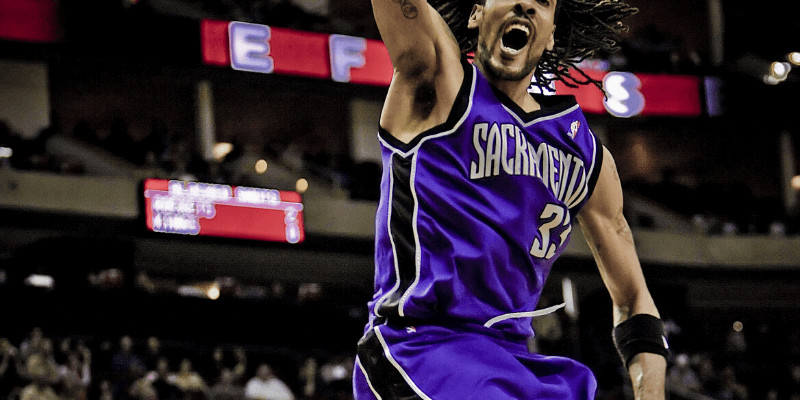 Called by some, “the rule that changed the NBA forever,” hand checking is easy to miss with the untrained eye. The hand check is a defensive maneuver that is made on the ball-handler. When a defender would extend an arm and use his hand to initiate contact with the ball-handler.

Typically to aid the defender in gauging the direction of the ball-handler, or to limit his offensive progress. Many analysts consider this rule change a huge hindrance to the defensive side of the ball. Some speculating that it was to lead the league into a more spectacular scoring affair, to boost TV and entertainment value.

As a player or just a fan of basketball, you should be well aware of the rules of the NBA, the pinnacle of the sport. By knowing what a hand check is, you would be able to understand what is acceptable as a defender and how to tell if your match-up is playing improper or illegal defense.

What is a Hand Check in the NBA?

In layman’s terms, a hand check is when one player uses his hands on an opponent to impede their movement by extending a hand. This is only done by a defender on the ball handler. If you are defending off the ball you have some leeway on how you want to contain your match-up. Of course, this will also be at the referee’s discretion.

The foul can be found in the official NBA rules under Rule No. 12: Fouls and Penalties, Section I –Types. And is marked as a personal foul and counts towards the team foul count. The rule is only called on a defender when making the action on the ball-handler.

What is the Official NBA Rule for Hand Checking?

B. Contact initiated by the defensive player guarding a player with the ball is not legal. This contact includes, but is not limited to, forearm, hands, or body check. (Official NBA Rule Book, Rule No.12, Section I)

Basically a defender cannot use their hands to initiate contact. There are exceptions to the rule, however. You can read them directly in the link above as they follow the rule stated above. Sometimes, a defender can use their forearm when the ball-handler has their back to the basket, under the free-throw line.

What is the Penalty for Hand Checking?

A hand check is a personal foul for the player that committed the foul. If the team committing the foul has committed more than 5 personal fouls in a period, the opposing team is in the bonus and will get to shoot free-throws.

If a single player commits 6 personal fouls, they will “foul-out” of the game, and are considered disqualified from the match. They will be permitted to sit on the bench unless ejected by the referee.

When was Hand Checking Added to the NBA?

The NBA implemented Hand Checking during the 2004-2005 season. In efforts to decrease hand-checking, clarify blocking fouls and implement the defensive three-second rule. These rules were added in an attempt to “open up the game” (Official NBA Rules History).

Why is Hand Checking Such a Big Deal?

“The defensive rules, the hand checking, the ability to make contact on a guy in certain areas …. [have] all been taken away from the game. If Kobe could get 81, I think Michael could get 100 in today’s game.” –Scottie Pippen on how hand-checking affected M.J.

You will hear a lot of analysts say that the game has gotten “softer” than the golden age of the 80s and 90s. Many pinning the change on the hand check rule, some claiming the rule ruined the beauty of the NBA game. Players like Scottie Pippen have been the most vocal on hand checking and how it would hurt him as a player if it was a rule during his time.

Scottie Pippen, 6x NBA Champion, on how the hand-check ban changed the way he played defense | The Jump

The rule itself divides the 90s Michael Jordan era of basketball with the post 2000s modern day of the game. While the rule itself does not say to play unphysical. Many analysts and 90s era players feel like the rule was when referees would be stricter with foul calls, eventually forcing players to play with less aggression.

Here is a great Youtube video by JxmyHighroller that disputes the claims some NBA analysts make on how the 80s and 90s were a more physical time. And how the current game today is beneficial to the offense by being less physical.

Whether you believe the NBA has gotten less physical, or that players have just naturally adjusted to a modern era of play. The hand check does exist, and it changes how defenders choose to play the ball-handler.

Where it really matters is during isolation, when you’re left on an island with a ball-handler and you need to react to his offensive toolbox. As a defender, you don’t have the tool of your hand to sense the ball-handlers movement. Forcing you to rely more on your footwork and decision making.

Whatever your take is on the hand check and its effect on the physicality of the NBA, especially when comparing the eras, you can’t deny the hand check’s influence on isolation defense. It does force defenders to play off the ball-handler more and rely on other skills to deny offensive progress.

As a player, it would be best to know if your league inforces hand-checks. Ask the referee or the coach to know your limits as a defender and rights as a ball-handler. This can come into important crunch-time situations where you’re playing man-to-man and need to deny a field goal. Or as a ball-handler and you feel like your match-up is playing with too much gusto.