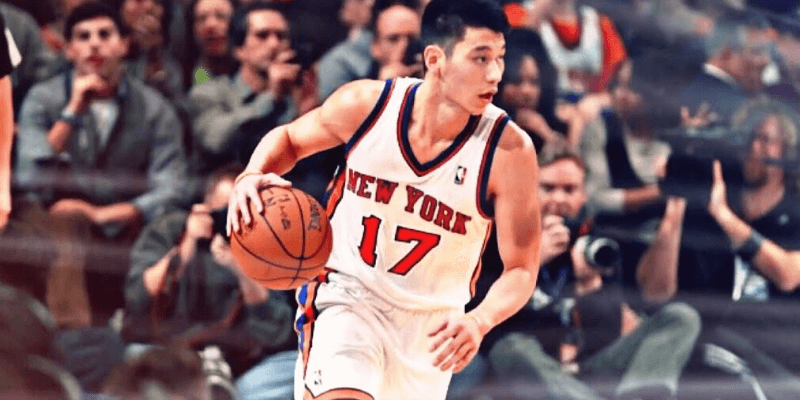 When you think of Harvard University, the famous Ivy League school, you may first think of its stellar reputation academically. After all, Harvard is the country’s oldest higher learning institution, opening its doors in 1638, and has educated five US Presidents. Or maybe you are a comedy fan and associate Harvard with loads of Saturday Night Live comedy writers that came from the Lampoon writing group.

Either way, when you think of Harvard University, professional basketball player is probably not the first place your brain goes to.

And with good reason. As of the 2019-20 basketball season, there have only been four Harvard alumni that made it to the NBA. This isn’t to say Harvard’s men’s basketball team hasn’t enjoyed some overall success as a team, but their program just hasn’t produced top-level NBA talents like other colleges and universities.

The Crimson’s success in the 21st century can be directly tied to when they hired Tommy Amaker as their head coach in 2007. Before then the Crimson never really sniffed any national success, only making the NCAA Tournament once before Amaker got the job.

Since 2012, however, the Crimson have reached the NCAA Tournament four times and even have a couple of upset wins – they beat New Mexico in 2013 and Cinncinati in 2014 – to show for it.

This is great news for the current Harvard fanbase but not for those who follow the NBA and are hoping to see Crimson alumni in the league. Those fans should definitely not be holding their breath.

Harvard Alums in the NBA

So who were these alums in the NBA? And how have they done with their pro careers? Well, there isn’t much to report, but there is one success story that took the NBA by storm for a short time in his career. Let’s take a look at these four players that made the leap from Ivy League to NBA.

Smith took his talents to the Knicks after college but his career never panned out. Smith played for the Knicks for one year in the 1953-54 season and averaged 2.5 points and 2.4 rebounds for his sole season.

Saul Mariaschin actually began his college career at Syracuse University but then joined the Navy for World War II. After he served in the war, he enrolled at Harvard and had two productive college seasons for the Crimson.

Mariaschin was drafted by the Celtics in the 1947 Basketball Association of America (BAA) Draft, which was later merged with the National Basketball League (NBL) to form the NBA. Mariaschin played all of 43 games and averaged 7.7 points during his professional career.

Wyndol Gray was another Harvard alum that began his college career elsewhere, Bowling Green in his case, only to have his life put on hold because of World War II. Like Maruaschin, Gray also joined the United States Navy until the end of the war. He later enrolled at Harvard and actually led the Crimson to their first-ever NCAA Tournament bid in 1946.

His professional career and bounced around the league, playing on three different teams in consecutive seasons. He spent time with Boston, St. Louis, and played one game total for Providence. His career was largely uneventful and he averaged 5.4 points over three seasons.

Jeremy Lin’s professional career has had its fair share of ups and downs and shows the resilience of the most famous Harvard basketball alum in school history. Lin had a very successful career at Harvard, averaging 17.8 and 16.4 points per game respectively in his junior and senior years.

He entered the NBA undrafted and earned a spot on the Golden State Warriors 2011 roster. He had an injury-plagued time in Golden State and was assigned to their D-League team multiple times and was finally waived by the team. He ultimately ended up in New York where no one could have predicted his meteoric rise into the national spotlight.

Lin’s Knicks career started fairly quietly. He was added to the roster late in the 2011-12 season and only got a chance to play longer minutes after injuries to Baron Davis, Amar’e Stoudemire, and Carmelo Anthony forced the team to dig deeper into their bench. Lin took full advantage of the minutes he played and went on a tear in the month of February that could only have been believed as a fictional Cinderella story.

His Linsanity journey started on February 4th against the New Jersey Nets. He went off and posted career highs in minutes played, points, rebounds, and assists. From there the story got even crazier. Two nights later, Lin dazzled the Madison Square Garden fans again scoring 28 points against Utah. Then he scored 38 against the Lakers 4 nights later on national television.

Lin started 12 games before the All-Star break that year and averaged 22 points and almost 9 assists per game. The entirety of Linsanity lasted all of 2 months and ended when Lin suffered a torn meniscus and missed the rest of the season. Surprisingly, the Knicks didn’t sign Lin after the season and he moved on to Houston where he spent 3 seasons.

After a rather unsuccessful stint in Houston, Lin was traded to the Los Angeles Lakers for the 2014-15 season. He again struggled in Los Angeles and fans and critics wondered if he would ever capture the lightning in a bottle that he did with the Knicks.

After Lin left New York he never recaptured the magic of Linsanity, but his time as a Knick would never be forgotten by the fans and the city. Lin spent time in Los Angeles, Charlotte, Brooklyn, Atlanta, and Toronto before heading overseas after the 2019 season. Lin’s crowning achievement was in 2019 when he won an NBA title with the Raptors before leaving the NBA for other opportunities in Beijing.

Lin isn’t retired so there is a chance for him to return to the league but his career has already been set in stone. If this is the last we see of Lin in the NBA, we can point to his stats as good but never up to par with his New York Linsanity pace. He has averaged 11.6 points, 4.3 assists, and 2.8 rebounds for his entire career. Those numbers are respectable and he was able to take advantage of his success and made very good money over his 12 seasons in the league.

Are you a Harvard Crimson fan? Do you remember where you were during Linsanity? Leave us a story or comment in the section below!