What does Hedge Mean in Basketball? 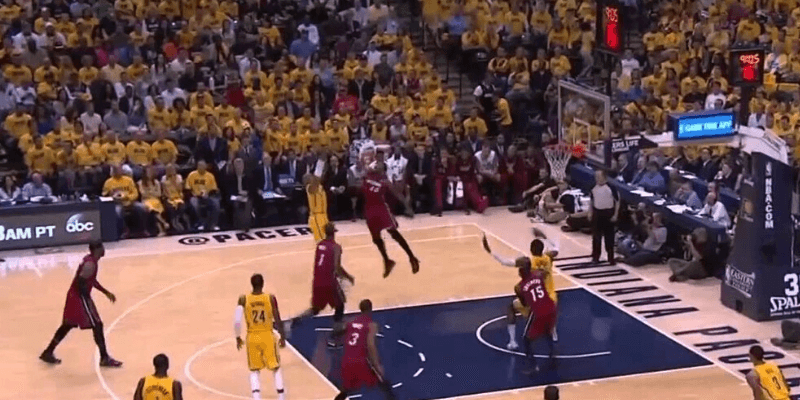 What’s a good offense without a great defense?

Ha… It’s like having legs with no arms. Can you picture the scene? Of course, you could consider such a person as one with special disabilities.

That’s the exact picture created when a team pays a lot of attention to its small and power forwards without having the right defense tactics for its guards. That’s a “ special disability” for you and your teammates, especially in an era where ball screening controls the majority of the offensive game.

Not knowing how to hedge ball screens from your opponent will put your team at the risk of receiving unlimited high-percentage shots from the opposing team, primarily via dribbling.

You can learn simple and useful techniques to hedge the ball screens and pick up rolls your opposition brings to you.

We’ll be showing you four practical hedging tactics that can help you win the ball from your opposition most of the time.

What Exactly Is a Hedge?

A hedge in basketball takes places when a defender guarding a player without the ball, jumps in the way of an opponent who has the ball to stop the opponent with the ball from getting to the basket or blocking the ball-handler from entering the painted area of the court.

Basketball players hedge mostly during a “pick” or “screen” situation. But, it’s advisable to use hedge techniques that work to get the best results. Luckily, we’ve listed four hedging coverages that can help your defense line more. Stick around. You’ll find out!

Here are four tactics you and your team can use to create a reliable hedge, especially against pick and roll.

1. Changing the Pick and Roll

These hedge tactics will help the defense to avoid any straight-line drives to the rim by the opposition. At that point, the defender guarding the screener can pick up the ball-handler of the opposition as soon as they execute the screen.

Your team can only use this coverage when you have flexible defenders that can mark various positions at the same time on the floor. The coverage will also come in handy if a pick and roll are between two bigs or two guards.

Changing Pick and rolls is not necessary when your defenders aren’t able to guard various positions at a time or aren’t comfortable. For instance, if the pick and roll are between the center and point guard, the change can cause two significant discrepancies.

In such scenarios, your center guard will face the opposition point-guard on the ball, and your team’s point guard will have to stop the center from reaching the basket. That’s not something you want to happen if you’re going to win games.

You must ensure that the defender getting screened remains under the screen. In doing so, you won’t be giving the display an open on the roll. You also want to ensure that your team defender swapping onto the ball doesn’t go too high on the opposition’s ball-handler. Doing so will be detrimental for your team as you’ll be creating an open for the ball-handler to turn the corner—putting your defense in jeopardy.

Instead, let the seconder defender stay level with the screener.

2. Tidying the Pick and Roll

This coverage can work when the guard from the opposition is looking first to attack the rim; pass on the screen and roll as the next move.

In such a scenario, you can trap the ball-handler and force him to make a quick decision without thinking, which isn’t shooting the ball. That way, you’ll be pushing the ball-handler into turnovers. In the end, he wouldn’t be able to make off of the screen.

It’s trouble for your team if the ball-handler splits your defense because of a weak help-side defense. That will create several vulnerable spots for your defense.

If you want to use this coverage effectively, you have to build your help-side defense. If you don’t fix this, the screener will always have the open to roll back with a free space to your basket. You don’t want to apply for this coverage in the middle of the floor, as most double-teams on a ball screen happen on the sideline.

Thus, it’s the responsibility of your on-ball defender to mark the ball-handler tight on their high hip, making them to only play from the sideline. As this happens, your defender hedging on the screener must take position along the lane.

Also, the defender must stay parallel to the baseline to help in caging the ball-handler, in case he needs help from his teammate to guard the ball—at the same time close enough to his teammate (who is a screener) that can recover if he passes the ball to him.

Using this ICE ball screen coverage means your defense will be more susceptible to a long mid-range jumper from the offense or a mid-range pull up from the ball-handler if you have big men that are kind of slow. But, most defenses are comfortable to give up long two-points, especially from big men.

This coverage works successfully in the NBA because you hardly see big men hit long two-pointers with high success rates. You can use this coverage for your high school team and yield great results.

At this point, the defender guarding the ball can move underneath or over the screen and comes back to defend the ball-handler before turning the corner off of the screen. But, it all depends if the ball-handler is a good shooter or not. While this happens, the defensive player that hedged out will recover and get back to his man.

You can use this coverage for different instances in a game. It’s pretty familiar with high school games. Nonetheless, you can only use this coverage if you have a fast ball-handler that is good at turning the corner, but not much of a good shooter.

Another reason to use this coverage is when you have flexible big men in your team that hedge out hard on the ball-handler, stop their momentum, and still recover to their man fast.

Even though the Hedge and recover are familiar, you must tread cautiously because having slow big men in your team may cost you every game. Slow bigs will always struggle to hedge out on the opponent’s ball-handler; they will allow them to turn the corner.

It’s simple. If your big men can’t stop the ball-handler using the screen, DON’T use this coverage.

The coverage tactics you decide to select to hedge on the court isn’t as important as you learning the drills and trying them out before executing them in a game. If not, your defense will give up easy baskets and look silly on the court.

Overall, communication is the primary key for hedging on effectively. It helps your team and coach to work as a central unit. The absence of proper communication, on the other hand, will create a lot of break downs in your defense.

Are you a coach, player, or team captain having issues with your hedging techniques? Were you able to get a thing or two from the methods listed in this article? Which one are you itching to try out with your team? Let us know your know thoughts and opinions.