When does High School Basketball Season Start in the U.S.? 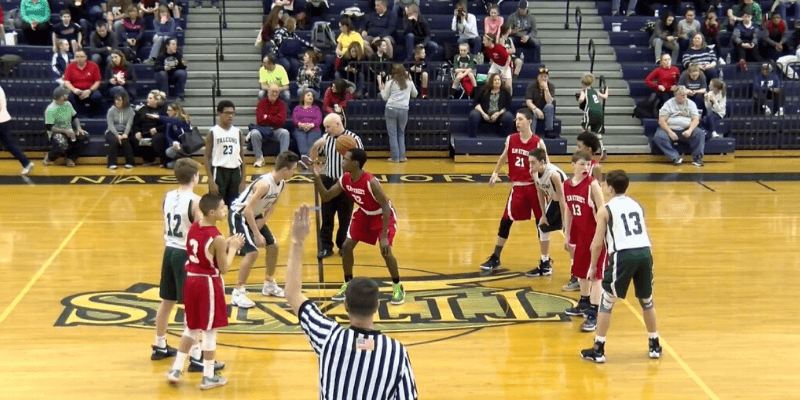 Are you already counting the days until the high school basketball season begins? Those of us who cannot get enough basketball are anxiously awaiting the first practices, as well as the beginning games of the season.

The AAU and traveling leagues have already started their summer and fall leagues. However, high schools follow a much more regimented schedule.

The high school basketball season is just around the corner. Winter sports commonly begin after Thanksgiving Day, with practices beginning a week or two before, but it differs from region to region.

Many states restrict practices until the football season has concluded, while others have differing regulations for the girls’ and boys’ programs. Some states even differentiate between schools that have football programs and those that do not.

States also have different high school basketball season lengths. Most structure the games around the school year calendar and allow roughly nine to ten school weeks for the season to develop. However, others base their seasons on the number of games played. Either way, all aim to end post-season tournaments right when spring sports startup.

For better visualization, here is a quick listing of each state and the dates for the time that coaching and organized practices can begin. Many states allow for “open gym” time before these practices, but the first eligible game, not including preseason scrimmages, is in the second column.

The sectional dates are approximated in states where the schools are divided into a class system. The actual start date will depend on the school’s class. The ending date may also be approximated depending on how far a school progresses in the tournament.

For more information about high school basketball in a particular state, track down the state’s high school athletic association website or the website of the school you follow.

MaxPreps carries state rankings and tournament schedules. When you follow high school basketball, you have a chance to see the future college and professional athletes as they develop their talents and get their starts.