Who Is The Highest Paid Basketball Player? 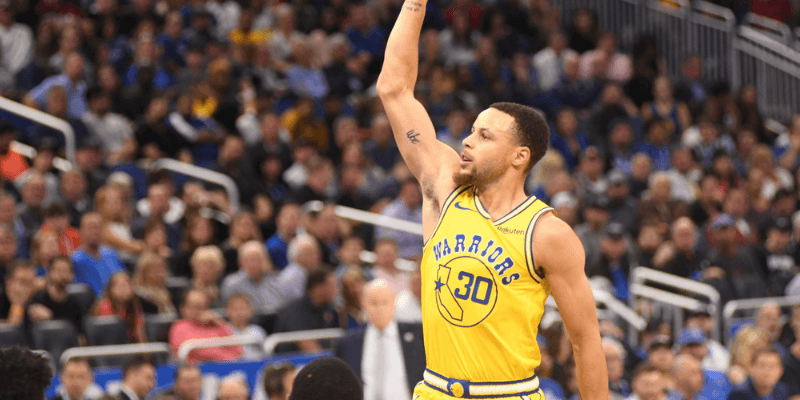 It is sometimes hard to fathom the amount of money NBA players make for putting a ball into a basket. Don’t get me wrong, their jobs are definitely not easy. They sacrifice their bodies and large portions of the year away from their families doing what they do, but the compensation is second to none.

You wouldn’t be far off assuming that every NBA player is a millionaire several times over during their career. But which ones are the top paid players in the league? This article will dive into the salaries of the league’s top-paid players and the final numbers may surprise you.

NBA Salaries: How They Stack Up vs. Other Leagues

I mentioned earlier that NBA players’ compensation is second to none, and I meant that quite literally. Out of the “Big 4” US professional sports leagues – National Hockey League (NHL), Major League Baseball (MLB), National Football League (NFL), and the National Basketball Association – the NBA is tops for average player salary, and it isn’t even close.

While it isn’t a secret that the NBA is second in terms of league popularity behind the juggernaut that is the National Football League, it may come as a surprise to some that the league pays their players the best out of the “Big 4”. After doing a bit more digging, however, you can see what ultimately affects this pay scale: the overall number of players.

NBA teams can have a maximum of 15 players on their rosters. Compare that with the 55-man roster in the NFL and that will shed more light on how money is distributed amongst the leagues. MLB and NHL are nowhere near the NFL but their rosters max out at 25 and 23 players respectably, which forces even more revenue sharing amongst players.

Highest Paid Players in The NBA

While $8M average salary would make any of us content for the rest of our lives, there are many players making a ridiculous amount of money because of their excellent on-court performance and how important they are to their teams. Let’s take a look at the top 5 salaries in the NBA today. While some may be a given, a couple of players on this list may surprise you.

To see the former MVP, 10x All-Star, and 2x NBA Champ in the fifth spot is no surprise. Durant is one of the best players in the world today and arguably a top-20 player ever and once he, presumably, bounces back from his Achilles injury, he will continue to produce at a high level. Over his career, he has averaged 27 PPG on 54% shooting and 7 rebounds. His resume is stacked with awards and he is one of the most feared scorers in the league.

Durant, who did a sign-and-trade with the Golden State Warriors inking a 4-year/$164,255,700 deal and then getting traded to the Brooklyn Nets before the 2019-20 season. Even though he was injured all of this season and has yet to play one minute for the Nets, this contract is still a fairly good deal for Brooklyn who is looking to pair KD with Kyrie Irving and a shot at an NBA title.

Some may be surprised to see Wall’s name on this shortlist of highest-paid players. Wall has essentially missed the last season and a half playing in just 32 games in 2018-19 and none in 2019-20 due to injury. Before his injury, however, Wall was an elite player. In 2016-17, his last complete season before being injured, Wall averaged 23 PPG and 10 APG as the Wizards made it to the second round of the NBA playoffs with a promising future.

Wall signed his contract in 2018 and seemed to get bit by the injury bug immediately, missing over 100 games while hurt. Wall is only 30 with a chance to bounce back after injury but take a look at the number of games Wall has missed in the past three years and you can see why his contract presently, is one of the worst in professional sports:

Westbrook had another successful year with his new team, the Houston Rockets after spending the first decade of his career in Oklahoma City. Westbrook is only 3 seasons removed from being the league’s MVP but has dropped a bit in production due to an increase in age and the improvement of skill and athleticism with the league’s younger generation of players. He averaged 22 points, 8 rebounds, and 7 assists this past season.

Westbrook signed his contract in 2018 for Oklahoma City but then found himself traded only two years later when the Thunder began dumping salary in a rebuilding campaign. Westbrook is still a very feared player in the league but probably isn’t worth the money his current contract represents.

Interestingly enough, Chris Paul makes the same amount of money annually as Russell Westbrook. The funny part about this is that they were traded for each other just last season in a blockbuster deal. Paul has been one of the most consistent point guards in the league for almost fifteen years and has seen a lot of individual success – 9x All-NBA, 10x All-Star – while never even playing in an NBA Finals.

His career stat line of 18 points on over 50% shooting, 9.5 assists, and a very high usage rate makes this contract very understandable even though he has seen his prime come and go and is in the twilight of his career. He signed his latest deal in 2017 and is set to make a whopping $44M in the last year of his contract in 2021-22!

As arguably the most recognizable superstar in the league today, Curry is well compensated for his on-court skills and the way he represents the Warriors and the NBA off the court. The craziest part about Curry’s past contracts was how cheap he was playing for. He only made $11M/year during his MVP season and had already brought the city an NBA title.

Even though his price tag is so high, Curry is a great value, averaging 23.5 points over his career and making an unimaginable 44% of his three-pointers taken. Curry is also a 3-time NBA champion and helped the Warriors make history in 2016 by winning an NBA record 73 games, taking the throne from the Chicago Bulls as greatest regular-season team.

As the NBA continues to rise in both domestic and international popularity, we will see the salaries of the league’s best skyrocket. The superstars we mentioned in this article are first-ballot Hall of Famers who brings in more than they make in overall ticket and merchandise sales and have earned every penny based on the revenue they pull.

Is your favorite superstar on this list? Is there a young superstar you think may make this list in the next few years? Let us know below in the comments!