How Does Scoring Work in Basketball? 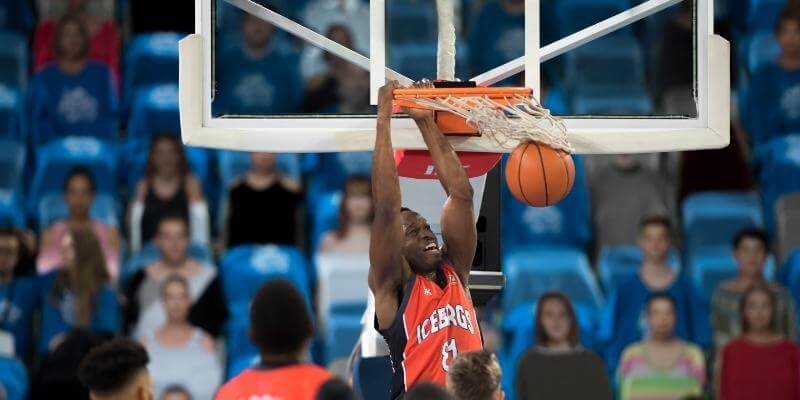 Scoring is a fundamental part of any sport. Be it runs, points, goals, or baskets, a team needs to get on the board in order to win the game.

In basketball, which is the highest scoring sport on Earth, nothing is more important than getting the ball through the hoop.

There are a few ways to score in basketball. They range from the incredibly straightforward to the more obscure, but they are all important in regard to the game as a whole.

At its core, basketball is a game broken down into two types of shots: two pointers and three pointers. Two point shots are, as you might imagine, worth two points. Three point shots are worth three.

The way those points are designated depends on where they get shot from. If a player shoots the ball from inside the three point line, which is a thick line that wraps around the court, the basket is worth two points. It doesn’t matter if they shoot a layup, jumpshot, or dunk.

All shots, no matter how far back they are, count as three points once a player gets past the line. That includes shots from the logo, half court shots, and even last-second heaves. As long as it’s put up from more than 22 feet away, it’s three points.

The Evolution of the Three

The three point line is the focus of today’s basketball. All great players are able to shoot from downtown, making it an incredibly important part of all modern offenses. However, the three point line didn’t always exist as it does today. In fact, for a long time it didn’t exist at all.

While the 3 point line first saw use in the American Basketball League in 1961, the NBA didn’t use it until 1979, and the NCAA didn’t have it until 1986. Until that time, all shots on the court only counted at two points regardless of their distance.

It took a bit of time to get going, but soon the three point line became the standard. While players and fans alike saw it as a bit of a gimmick, FIBA officially adopted it in 1984. It was then used in the Olympics in 1988. From that point on, it was here to stay.

Despite its universal use, the line does differ from league to league. In high school the line is 19 ft 9 inches from the basket, in college, FIBA, and the WNBA it’s 21 ft, and in the NBA it’s 23 feet 9 inches.

Though that’s been the standard for some time, the recent increase in three point shooting has led to calls to set the line even further back. A few people have even suggested the addition of a four point line, but that seems a long way off.

While two and threes are how most of basketball is played, it’s also important to mention that teams can score one point baskets when shooting from the free throw line.

Anytime a player gets fouled or shoots for a violation, they line up at the line and shoot as many shots as their basket would have been worth. If they get fouled while shooting a two, they get two free throws. If they were fouled shooting a three, they get three.

In either scenario, every free throw they shoot is worth one point. That’s true even in scenarios where players shoot free throws for when they didn’t get fouled. That includes a technical foul or defensive three seconds in the key. If they’re at the line, their shots always count as one.

In addition, a player can also get fouled and make their shot. In that case, they are rewarded an extra foul shot in what is known as an “and one” scenario.

If you shoot a three and still make the shot, you get to shoot a single shot from the foul line that’s worth one point. The same thing happens if you get fouled when shooting a two pointer. That gives you the opportunity to score three or four points depending on where you got fouled.

One more way teams can score in basketball is through the bonus. Normally, non-foul violations like off-ball fouls don’t result in free throws. However, if a team fouls enough and goes over “the bonus” the other team shoots for every foul they get whether they were shooting or not.

In the NBA the bonus is after the fifth foul, while in college basketball it is after the seventh. In addition, NCAA teams shoot what is known as a one-and-one between their seventh and tenth fouls. If they miss their first free throw during that time, they don’t get a second one.

Once a college team commits ten or more fouls, the other team always shoots two free throws no matter what.

Scoring is what basketball is all about. There aren’t a ton of quirks when it comes to how much a made basket can be worth, but knowing all of the differences is important for fans and players alike. It makes everything much easier to follow as well.

Currently, three pointers have taken over due to being worth more than twos. However, their worth, or the addition of another line, could change that. Only time will tell if the current scoring system needs to be tweaked or if it’s here to stay.