How Many Fouls to Foul Out in the NBA? 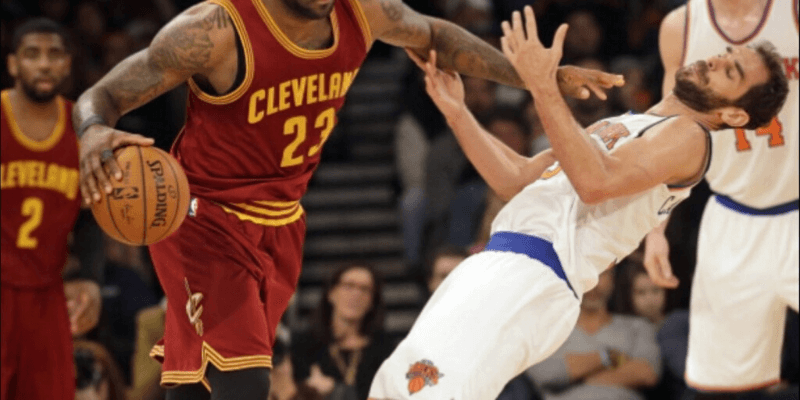 A personal foul can represent many things during a basketball game. Sometimes it is committed out of frustration, sometimes it is a silly foul that should have been avoided, and other times it is a smart play to avoid an opponent from getting an easy bucket. In any scenario, as a player committing the foul, it is always important to keep track of the fouls you have committed so you don’t “foul out”.

One of the most frustrating scenarios in basketball occurs when your favorite team, who should win a game easily, doesn’t because key players on the team get themselves in foul trouble. It happens all the time when your team, player for player, is better than their opponent but due to some lapses in judgment a couple of your best players pick up unnecessary fouls which can really derail your gameplan.

Definition of a Foul and its Different Types?

Many reading this probably have a decent idea of what a foul is, but let’s take a look at exactly what the rulebook says. You see below what the NBA deems as a foul and most in basketball circles can agree on these stipulations across the board.

“A player shall not hold, push, charge into, impede the progress of an opponent by extending a hand, arm, leg or knee or by bending the body into a position that is not normal. Contact that results in the re-routing of an opponent is a foul which must be called immediately.” – nba.com Rules and Penalties: Personal Foul

Referees across various basketball leagues and play levels (high school, college, etc.) call a foul differently based on foul interpretation, which is an ever-evolving mystery. Some who watch college basketball complain about the frequency of very minor contact on a dribbler being called as a foul while others can’t understand why many hard fouls have to be reviewed for potential player ejections when everyone watching the video knows it wasn’t intentional.

The most common foul is what is referred to as a “personal foul” which is the least serious infraction and usually leads to either a loss of possession or a trip to the foul line to shoot foul shots. If the defender is called for a personal foul it is called a blocking foul and if an offensive player is called for on, then it is commonly called a charge.

A flagrant foul is a personal foul that involves even more excessive force. A common flagrant foul scenario is when a player is frustrated or careless and fouls someone without going for the ball. Some flagrant fouls result in foul shots and an extra possession for the offense and other flagrant fouls could lead to a player ejection and monetary fines if deemed excessive with intent to harm.

A technical foul is any infraction of the rules not involving physical contact and often used to penalize a team or player for unsportsmanlike conduct. Technical fouls, in the NBA, are also called during illegal defense situations where a team is awarded one foul shot and possession of the ball after the foul shot.

Fouling Out in the NBA

In order for an NBA player to foul out, they must commit 6 fouls over the course of one game.

College basketball’s number of fouls before fouling out is 5, however, the college game is only forty minutes long while an NBA game clocks in at forty-eight minutes.

NBA Fouls: By the Numbers

In researching this topic further, I came across some interesting stats when it came to the details behind personal fouls in the NBA and some funny stories as well.

Yes, you read that right: 3 minutes! That is an average of a foul every 30-seconds. Charles “Bubba” Wells holds that distinction after his then coach, Don Nelson, had the former Dallas Maverick foul Chicago Bull Dennis Rodman continuously during a game in 1997 because of how poor Rodman shot free throws. The plan backfired. Rodman went 9-for-12 from the line and the Bulls won the game.

Most Fouls in NBA History

The NBA’s all-time leading scorer, Kareem Abdul-Jabbar also holds the record for most personal fouls ever with 4,657 in total. While looking at the list closer, I noticed that four out of the top five players on the list are also Hall of Famers. That list is below with asterisks next to the players in the Hall. It’s no surprise all of these guys played primarily in the ‘70s, ‘80s, and ‘90s when NBA basketball was in the middle of a tough guy renaissance.

There were two things about this list that immediately stood out at first glance. The first is that the top five in total fouls in NBA history are all big men. If we expand the list to the top ten and top twenty, it still skews heavily towards big men as three in total – Clifford Robinson, Vince Carter, and John Stockton – aren’t power forwards or centers. The simple takeaway is that the game of basketball is physical, especially where the big men roam.

The other eerie takeaway is that the top two on this list – Kareem and Malone – are not only number one and two respectively for most fouls but are also currently one and two in most points ever in NBA history as well. A lot of this can be racked up to the number of years, games, and minutes played by both men, but to both place one and two on two historic lists was a bit of a shock to me.

Fouls are a huge part of the game of basketball, for better or worse. While it can often feel like referees take over a game with too many fouls, it is a necessary evil to keep order. Basketball can get very intense so they need to call fouls to control that fire. I hope you learned more about the lesser-known details of the types of fouls in basketball, their penalties, and a glimpse into the best of the best when it came to committing fouls in NBA history.

Are you prone to committing fouls when you play? Maybe you are a “foul magnet” and get hit a lot on the court? Let us know more in the comments section!