How Many Times Do NBA Teams Play Each Other? 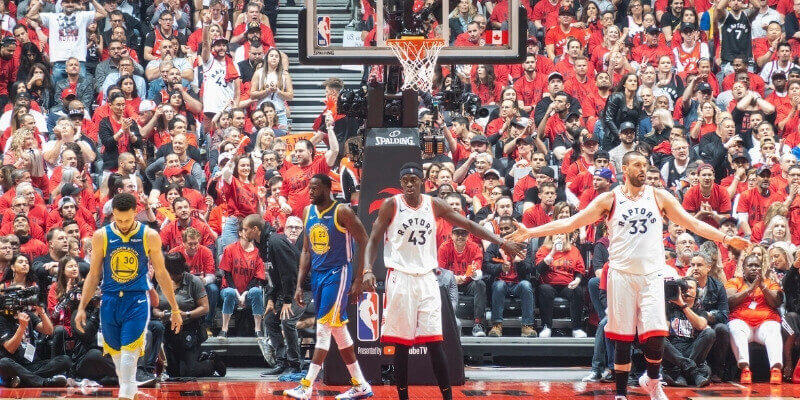 Creating an NBA schedule is a lot of work. Not only do planners have to consider how good or bad teams are from year to year, they also need to take conference and division into account. That can lead to teams playing each other a lot (or a little) throughout each individual season.

As difficult as it can be to figure out how often teams play each other from first glance, my 25+ years of personal experience with the sport (both playing and watching) enabled me to properly research the system and explain it throughout this article.

Below, I’ll discuss how many times NBA teams play each other throughout the year. From there, I’ll explain why some match up more than others, how all of the parts intersect, and why some numbers may change from season to season.

How Is the Schedule Broken Down?

Before getting into the nitty gritty, we have to attack the main question at hand and figure out how often two teams play each other during the year. That may sound simple, but it’s not quite as cut and dry as many may first assume. There’s an exact formula to the process.

The general NBA rule is that a team plays 30 conference-level games, 16 games within the division, and 36 games outside of it. That then makes up the 82 games they play each year.

First, the interdivisional games, meaning games within the division, are played by facing each division opponent 4 times during the course of a year (2 times at home and 2 times on the road). That is important because it’s the only aspect of the entire process that’s set in stone.

While there are other factors at play, a team will always face off against the other four teams in their division a total of sixteen times, and see each of those teams four times during the season.

For example, the Clippers will always face everyone in the Pacific Division (Phoenix Suns, Los Angeles Lakers, Golden State Warriors, Sacramento Kings) four times no matter how the rest of their schedule breaks down.

How Do Interconference Games Break Down?

Next up are the games within the same conference. This makes up the bulk of games a team will play throughout the year. In this, they face each opponent from the other two divisions in their conference either three or four times throughout the season.

The Clippers, for instance, play 36 games against the Southwest and Northwest division. As the 36 games can be split up among between three and four games, this is the only area where there is a bit of uncertainty. Some years they will see a team more than others in this category.

What About The Other Conference?

For example, the Kings play the Bulls twice with one game being in Sacramento and one being in Chicago. Which game comes first differs each season and is based on extra factors like travel time and additional scheduling.

Those games perfectly round out the total count and show how much everyone plays each other. Unlike the MLB and NFL, there’s limited uncertainty. NBA teams always see each other, which creates a good balance over the course of a longer season.

Here are some other related questions you might want to know, I’ll answer them briefly below,

Do All NBA Teams Play Each Other Each Year?

Yes. Though the total number of games differs from season to season, all NBA teams will play each other at least twice before the playoffs.

How is the NBA Schedule Made?

The schedule is based on a specific algorithm that seeks to create competitive balance and reduce total costs. That is to say, it seeks to cut down on travel time for teams and ensures everyone is on an even playing field throughout the year.

Broadcasters, official breaks, and court availability all play a key role as well.

Who Creates the NBA Schedule?

Though Senior Advisor to the President of Basketball Operations, Matt Winick was in charge of making the schedule on his computer for the past thirty years, it is now built by a larger team of league executives.

Has the NBA Schedule Ever Changed?

Yes. While the current formula has more or less been set in stone for decades, the schedule went through a few shifts throughout NBA history. Most notably, the league eliminated extreme dead time between games to quicken the pace of the season during the 80’s.

How Long Does the NBA Season Last?

Basketball is a winter sport that leaks into spring and summer. The NBA kicks off in mid-October and playoffs start sometime in April. From there, the season concludes during the Finals in June.

Basketball is a sport that seeks to create an even and competitive playing field. To do that, the schedule has to be extremely similar, if not the same, for most teams in the league. That is why all 82 different games are broken down in the specific way that they are.

Knowing who your team plays, as well as why they play the way they do, gives you a better and deeper understanding of the league. You’ll be able to map out games during the course of a season and better calculate their upcoming opponents.