How Much Does it Cost to Buy an NBA Team? 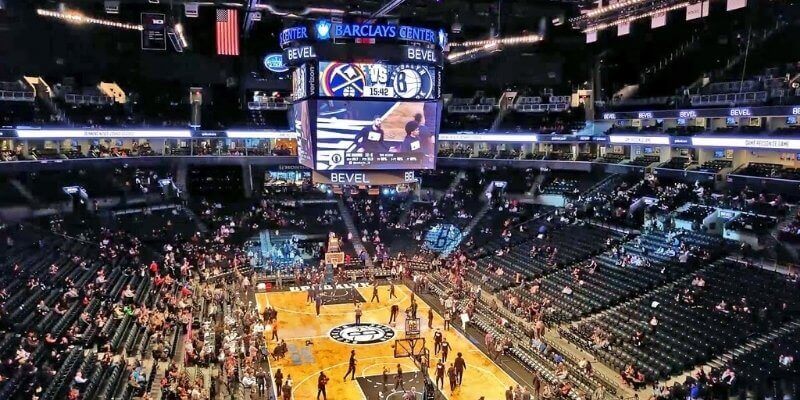 No matter how you slice it, getting into the world of sports is expensive. It’s even more expensive if you want to buy a team. Purchasing a sports team is one of the costliest endeavors in the world, especially if you want to get into a major organization like the NBA.

I have played and watched basketball for nearly three decades. My own experience with the sport, as well as my deep knowledge of the NBA, allowed me to properly cover the questions outlined throughout the following article.

In this guide, I’ll go over the costs of buying an NBA team, as well as why such purchases are so expensive. I will look at a range of organizations, study trends over time, and figure why certain franchises are worth so much more than others.

What’s the Average Cost of Business?

While revenues definitely dipped throughout the league in 2020, NBA teams are incredibly profitable. Franchises have always been expensive, and they only get pricier with each passing year. In fact, the three most valuable teams are worth more than a combined $15 billion.

Of course, you wouldn’t have to pay that much to buy an NBA team. Those are the extreme cases. Rather, the average franchise costs roughly $2.4 billion. That’s still an astronomical amount of money, and it shows why only the richest of the rich can get into the owner game.

That average cost of more than $2 billion is also relatively new. The league only passed the mark in 2020, which shows the trend of the league becoming more profitable over time.

In fact, in 2011, 22 of the teams in the NBA were not making a profit. Though they still generated revenue, the cost of operations simply outweighed any generation. However, that has now changed. All teams now make hand over first thanks to the recent rise in popularity.

Can You Just Buy a Team?

While money is undoubtedly one of the biggest barriers to purchasing an NBA team, even if you are a billionaire you simply cannot waltz in and get a franchise. There are many rules and regulations in place to stop that from happening.

As teams are worth so much, most current owners don’t want to part with theirs. In fact, while there were a lot of sales during the early 2010’s when the league wasn’t generating as many profits, only four teams have sold since 2013.

That shows how much of a commodity franchise, especially successful ones like the Warriors, have become over time. Not only that, but the league doesn’t like having too many high-profile owners, which stops moguls or rich celebrities from getting in on the action.

To buy a team you don’t just need to be wealthy, you typically have to be unknown as well.

How Much Did The Franchises Cost?

So, now that you know the average cost of an NBA team, it’s also important to look back at how the market shifted over time. Even at its peak during the 80’s and 90’s, basketball simply didn’t have the viewership as other big leagues. That is why so many teams struggled to make money.

Today is a totally different story. For instance, the Golden State Warriors are the second most valuable team in the league, worth more than $5 billion. However, they sold for just $450 million in 2010.

Similar stories are true of the two lowest value teams, the Grizzlies, and Pelicans. Despite just selling for $350 million and $338 million in 2012, both franchises are valued at over $1 billion today. That’s an incredible markup that shows no signs of ever slowing down.

The only constant when it comes to team value is that the New York Knicks have always been on top of the pack. They are currently the most valuable team in the league and sold for more than any other team in the 90’s, when they changed hands for $1.1 billion in 1997.

The second-largest sale around that time period was the Denver Nuggets, which sold for $450 million to an independent group in April of 2000. While that’s not a lot by today’s standards, such prices were not heard of during the turn of the century.

Here are some related questions to the topic, I’ll answer them briefly below.

What is the Most Valuable NBA Team?

No team is currently worth more than the New York Knicks. Valued at $5.42 billion, they sit just ahead of the Lakers and Warriors as one of the only three teams to surpass the $3 billion mark.

Which Team is the Least Valuable?

While still incredibly valuable, the New Orleans Hornets are worth the least out of any NBA franchise. They come in at $1.35 billion, which sits just below the second to last place Memphis Grizzlies ($1.36 billion).

What NBA Team Makes the Most Money?

The two teams that generate the most revenue each and every year are the Golden State Warriors and the New York Knicks. They each pulled in $474 million and $421 million last season respectively, and always rank at the top.

When it comes to buying an NBA team, there’s no shortcut. Even the cheapest ones on today’s market go for billions of dollars. The league is one of the largest companies on Earth, and the sheer amount of money that goes in and out of it each year simply reinforces that fact.

While the organization has hit its share of hardships and financial low points over the years, the current sports explosion across the world might have forever tipped the scales. The average is the highest it’s ever been, and there’s no telling if it will ever go back down.