How Much Does Nikola Jokic Make Per Game? 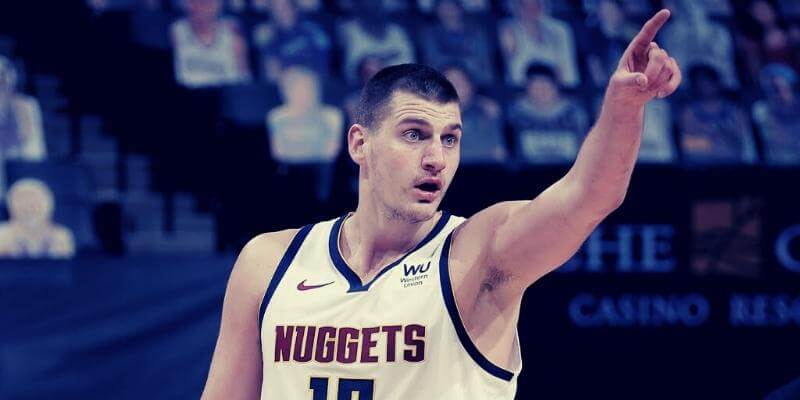 Every NBA, from the minimum contract bench players to the high-profile all stars, does well financially.

That’s because contracts are always high in the league, and they continue to grow each and every year. However, understanding the way those contracts work isn’t easy.

To gain some extra insight into the world of NBA finance, I will break down Nikola Jokic’s contract to show how much earns per year, and per game (which is close to $400,000).

Both numbers will show how players earn their money, as well as why they earn what they do.

Jokic is currently one of the faces of the NBA. The Nuggets center isn’t just a strong player, he’s a reigning MVP who could well be on his way to more awards and accolades. He’s become the leader of an incredibly strong franchise and has brought them into the limelight.

He’s also paid as such. While he came into the league on a rather modest deal, he penned multiple huge contracts as his game improved. The first came in 2018, when he agreed to terms with the Nuggets that gave him a 5-year, $148 million max contract extension.

Raking It In Each Game

Taking the above numbers into account, the Nuggets star earns a ton of money per game. Breaking down his most recent $30.5 million dollar salary, he gets a huge check for roughly $378,000 a game. That’s a staggering number that reveals how much he pulls in.

Not only that, but he’s set to earn even more over the next two years. With his new rate, or with rumors about his record-breaking deal, his per-game contract would go up from what it is to nearly $400,000 a game.

A League of His Own

Jokic’s per-game salary shows just how much top NBA players earn. Of course, he’s not indicative of the whole league, but supermax contracts easily set people up for life. Hitting anything over $100 million truly puts you in an elite category.

Though he doesn’t get all of his money at once, it comes every two weeks throughout the season, he still gets more in a few games than most people will earn for a decade or more.

There’s no telling if Jokic will be able to bring the organization a ring, but the Serbian certainly has the potential to do it. He’s a big presence and the face of the franchise. That’s why he earns what he does, and why his game checks are so large.

Jokic is one of the highest paid players to ever step on the court, and for good reason. He’s an MVP who has the ability to shoot, pass, and defend at will. That skill didn’t just put him on the map, it allowed the Nuggets to rise up and become a permanent playoff contender.