How do the NBA Playoffs Work? 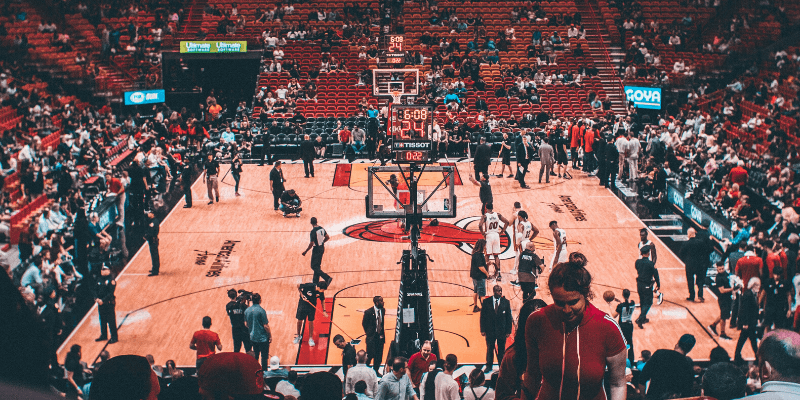 There is no trophy more renowned in the game of basketball than the Larry O’Brien Championship trophy of the NBA finals. The winner of this annual trophy is the undisputed king of basketball of the whole world, even the solar system if you really think about it. A gauntlet that is known as the “NBA Playoffs” is set between the 16 best teams across North America; 8 from the West and 8 from the East.

The most iconic moments of basketball happen in the NBA playoffs. For a large part of a team’s fan base, playoffs are everything. The whole journey as a team and organization is to reach the playoffs, building towards success to better the game of basketball.

How Many Teams are in the NBA Playoffs?

Out of the 30 NBA teams, the 16 best teams are selected to compete in the NBA playoffs. While the other 14 teams get an early vacation. It is important to remember that the 30 teams are divided into 2 conferences, the East and the West.

Each team earns a spot on the playoff bracket, known as a “seed,” which will determine what team they will face off against.

How do They Decide What Teams are in the NBA Playoffs?

The 15 teams of each conference are ranked first and foremost by win percentage. With the team with the most wins at the end of the regular season earning the 1st seed spot in their conference.

How do they decide a tie in seed rank for the NBA Playoffs?
If two teams have the same win record there is NO tiebreaker game played. Instead, there is a set of procedural guidelines to determine which team would seed higher than the other. We set up a table on how to decide on a tie, according to the official NBA website, read the table top to bottom with the winner being decided as soon as stipulation is met.

The rules mention “division leader,” every NBA team is in a division with 4 other teams. Each conference is then made up of 3 divisions, making it a total of 15 teams per conference. The section below contains a table of which NBA teams are in which division.

What Teams Are in the Eastern/Western Conference in the NBA?

The 30 teams of the NBA are divided into 2 conferences of 15 teams, each conference is then divided into 3 divisions of 5 teams each. These divisions come into play when deciding playoff seeds and tiebreakers.

How Many Games are in the NBA Playoffs?

The entire NBA playoffs are divided into 4 rounds, including the Finals. Each round has every team match up and play a Best-of-7 series, meaning the first team to reach 4 wins moves onto the next round. While the losing team is knocked out and has to head home.

In the first rounds each conference has 4 match-ups, meaning across the whole playoffs there is 8 match-up, better known as a “series.” The first round will have a minimum of 32 games, if each series goes to a sweep and 56 games if each game goes to game 7. The winner of the game 7 always wins the series. If a team wins every game in a series, without letting their opponents win any games, that series is known as a “sweep.”

The second round has the remaining 8 teams play another best of 7 series against their respective matches. You can refer to the table above to the minimum and maximum amount of games in the second round.

If every game in the NBA playoffs is a sweep, there will be a total of 60 games played, while if every series goes to game 7, a total of 105 games will be played.

What is Home Court Advantage in the NBA Playoffs?

Home court advantage is a term used in the playoffs to discern which team gets to play at home first. As per the 2018 and 2019 NBA playoffs, the format which team got to be home per each game is as follows:

As you can see, the team with Home Court Advantage gets the first two games of the series and the final game. This is sometimes referred to as “2-2-1-1-1” by some.

Has the Format of the NBA Playoffs Always Been the Same?

The most recent notable change to the NBA Playoff format came in 2005, with a whole mess of changes coming in years before that since the NBA inception. As a staple in the NBA, you can always guarantee that the season will end with the playoffs, but the exact format of the tournament will be subject to change.

The NBA Playoffs is the culmination of a year’s worth of basketball. The excitement of the Playoffs is like no other and will continue to be the most exciting event on T.V for many years to come. A cheers to wishful fan’s playoff dreams, and a bigger cheers to basketball.