How to Become an NBA GM (General Manager) 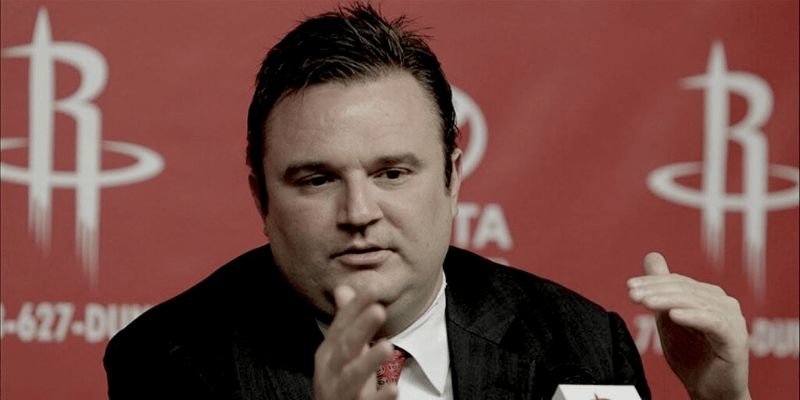 There is no real clear-cut path towards becoming an NBA General Manager, or GM. To become a GM, as is the case with many jobs in professional sports, you need to essentially create your own path to earning your dream job. The skills that the role of GM requires are very subjective to the team for which you are hired and no one can quite pinpoint what a General Manager’s resume looks like because they all have such diverse backgrounds.

Long story short, I can’t tell you how to become an NBA General Manager. The encouraging thing is, however, no one can. Meaning there are several different entry points into the position. What I can do is show you how some of today’s best NBA GMs got their job. Who knows, maybe their story is similar to yours.

What Is an NBA General Manager, and What Do They Do?

Before diving into how GMs have gotten their jobs, we should start by understanding what their jobs actually are. As is the case with the requirements for becoming a GM, there is no real set job description for a GM. Current Milwaukee Bucks Assistant General Manager, and former Minnesota Timberwolves GM, put it quite simply:

“The overriding aspect of my job is putting a product on the floor that can be perennial playoff contenders. We’re all in this to win a championship.” Milt Newton, Milwaukee Bucks Assistant GM

He continues in the article to explain that while the overall goal of the GM is fairly simple, the role of NBA GM is much more complex on a daily basis. But the quote is very telling as he understands that NBA fans and media sometimes see a GM’s job as simple as the above quote.

The job responsibilities he goes on to list could make a normal person’s head spin:

“Every day you have decisions to be made,” Newton says. “Managing your staff, managing the players, talking on the phone with other teams and, when a deal is made, it’s not just that we made a deal on Thursday and spoke about it on Wednesday. It may be months in the making, circling back to other teams. You know: ‘Are you guys making any moves? Who do you like on our team? We’ll tell you who we like on your team.'”

So while we see a trade being made on Sportscenter or ESPN.com, there could have potentially been months of preparation between two, sometimes even three or four, teams in order to make the deal work.

My other takeaway from this quote is just how much knowledge you must have about the league as a whole. You need to have knowledge of each player in the league, each team’s needs and which players the other teams are willing to trade. How will you know what players could put your team into title contention if you don’t know anything about their game or current situation?

The role of GM is also about building and maintaining relationships around the league. The more willing other GMs are to pick up the phone when they see you on the other line, the better your chances are of making a deal that could tip your team’s fortune. Not only are you talking with other GMs but you are discussing league news and your own players with team owners, team presidents, scouts, and players in the league. Networking is crucial in this business.

While being interviewed by Bleacher Report in 2012, Houston Rockets GM, Daryl Morey describes the role of the General Manager as a forecaster of the future due to the unstable nature of the ever-changing NBA. He says GM hopefuls who previously worked on Wall Street as potentially more qualified for the job because of their attention to forecasting trends and calculating risk before making an informed decision that could make or break their teams.

In learning a lot about the role of NBA GM from Newton and Morey in the past section, let’s dig into their paths first.

Newton’s path was probably as “traditional” as you could get for NBA GM. After playing college basketball at Kansas, where he helped his team capture the 1988 NCAA Championship, he played professional basketball overseas in Belgium and Australia.

Once his playing career ended he took a job as a scout for the Philadelphia 76ers and started to network with people within the league. He also worked for USA Basketball while breaking into the league. After successful stints in each role, he found his path into the NBA front office as the Washington Wizard’s VP of Player Personnel. After a decade with the Wizards, he took the position of General Manager with the Minnesota Timberwolves until 2016.

Morey became the face of the modern NBA when he took the helm as Rockets GM in 2006. His background was more stats and analytics-driven, weighing numbers more heavily in his decision-making than GMs of the past. Morey was also never a high-level athlete but does have a love and passion for the game of basketball.

Morey graduated from Northwestern and then received his MBA from the prestigious MIT Sloan School of Management. After MIT, Morey began a career in consulting with an emphasis on sports, helping inform teams, who cared to do the research, on statistical trends in sports. The Boston Celtics saw his gift as something to be desired for an NBA team and he took a job as Senior VP of Operations.

After a three-year stay with the Celtics, the Houston Rockets offered him the GM position in 2006. He has had a very successful tenure and has come close to winning a title multiple times in his 14 years with the team.

Another big name in the world of NBA GMs is the one responsible for the league’s most recent dynasty in Golden State. Myers’ journey to the most successful GM in the NBA started out small but paid off in a big way. Myers played at UCLA as a walk-on at first but then working hard enough to earn a scholarship and win an NCAA title in 1995.

After college Myers interned for Arn Tellum, a highly successful sports agent. After interning with Tellum, Myers became an agent and a good one too. He served as VP of SFX Sports and was responsible for negotiating contracts for some talented NBA clients like Brandon Roy and Tyreke Evans.

In 2011, the Golden State Warriors came calling with an offer to be the team’s Assistant GM. Myers was promoted to GM in under a year and led the Warriors to their best season in almost three decades in 2012. You could say the rest is history for Myers. The team won titles in 2015, 2017, and 2018 and has been in every NBA Finals from 2015 through 2019.

The three GMs that we covered are three of the many different examples of how you can become a GM in the NBA. As you can see with the ones we covered, they all had some connection to the NBA prior to them receiving a job, but they all found their own way into their current jobs.

The one commonality between every NBA GM is the passion they have for the game of basketball and the countless hours of hard work they put into the never-ending jobs of building a champion.

Have you ever thought of becoming an NBA GM? Share your story and passion for the job below!