How to Make It to The NBA 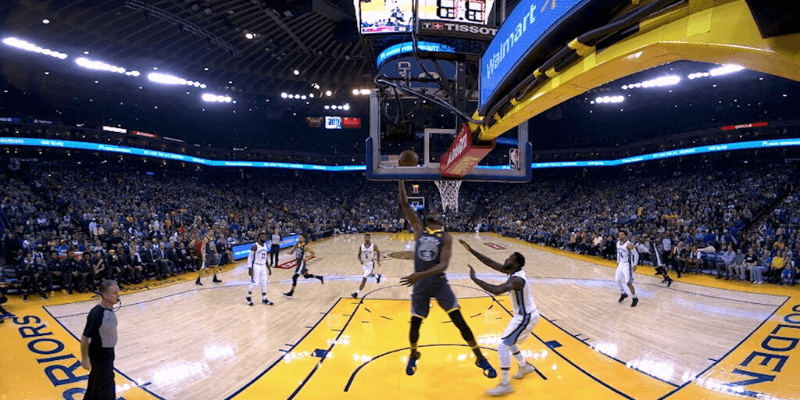 Did you know that only 1 in every 10,000 high school senior basketball players get drafted by a team in the NBA?

That equals out to about 0.03% overall, which means you have a better shot at getting hit by lightning (1 in 3,000) or getting accepted to Harvard (2 out of every 100 applicants) than seeing your name on an NBA roster.

But don’t fret too much! If you play basketball and think you have a shot, then that is a great place to start. While skills, ability, and a little bit of luck, play a huge part, having confidence is the foundation of everything you do in life.

There are, however, some basic steps you can take towards making it to the NBA, which we will discuss today. The information I am going to share about bettering your chances of fulfilling your NBA dream will take a few basic assumptions into consideration:

Now that we have those caveats out of the way, let’s dive into it. How in the heck does someone actually make it in the NBA?

1. Be in Great Physical Shape

The NBA’s schedule is grueling, even to the players in peak physical shape. In order to maintain your strength and conditioning for a potential eight or nine-month season — depending on if your team makes the playoffs — you must stay in shape for the entire year. What does staying in NBA shape mean?

Below are some intense workouts that NBA players do in the off-season to prepare them for the grind of the regular season and playoffs:

Yoga is having a moment, and it’s benefits have seeped into the culture of the NBA. Not that the yoga fad isn’t undeserved, as there are countless benefits that pertain to your mental health, flexibility, durability, and physical strength. Yoga is great in helping NBA players with better balance, deeper flexibility, and improved total body strength as well and can also help prevent injury for players when done right.

During the NBA season, you play 5-on-5 games against your opponents, but those long hours spent working on your game alone are where most players’ skill is separated. While this is grunt work to some, working on your individual moves – ball-handling, shooting, defense – will push you even further in the sport. And once you have worked tirelessly on these skills individually, your skills won’t go unnoticed by your teammates or more importantly, your coaches.

As you can see in this video, Jimmy Butler’s workout has an impressive workout that combines skill work and cardio. The number of times he made a hard move and drives to the basket would prove difficult for most. This is enlightening access to one of the league’s 15 best players that shows the dedication to his craft and great for an NBA hopeful to see.

The un-flattering side of working on your individual game is the fact that you will have to work a lot harder on the weak parts of your game than the strong ones. This leads to awful days where you are failing a lot more than you are succeeding due to the trial and error process of mastering a new skill. Understanding that working on your game should be less about doing what makes you look good and working on those glaring weaknesses.

When you look at a lot of NBA players, they aren’t huge like football players but they do have enough strength to play against the world’s best players for nine months. The game of basketball has changed in the past two decades and while the game is still extremely physical, it is called differently by referees which are less lenient on all of the banging that used to be acceptable in the game.

This video, which is the first part of Jimmy Butler’s workout series, shows the importance of functional strength. Functional strength utilizes body movements that you will use continuously during games as opposed to the more stationary lifting of weights that you see in a traditional gym. To put it in simpler terms, squatting and swinging a kettlebell in order to gain strength would serve you better than a traditional bench press because of the range of movement.

This era is as much about making a name for yourself as it is someone else discovering you. When I played basketball in the late ‘90s and early 2000s, the most self-promotion you could do was create a highlight video and send it around to college coaches. Now, with the advent of social media, this promotional landscape is very different. Creating a brand around your high school and college career can help you get noticed.

In a recent interview Zion Williamson, the number one pick in the 2019 NBA Draft, discussed the sensation of him “going viral.” He talks about how one day he was a typical high school junior and the next morning he just began compiling Instagram followers. College coaches and pro scouts now understand that in order to stay ahead of the curve they need to follow big-time basketball pages in order to find the next big thing for their teams.

The odds of high school basketball players playing in college are around 2 percent. The other thing to keep in mind is that college basketball has many levels. There have been plenty of players that haven’t played for a heavyweight college program – think Duke, Kentucky or Kansas for examples – and have made it in the league, but if you can attend a college in one of the Big 5 conferences – the ACC, SEC, Big 12, Big 10, and Pac 12 – do it!

These schools have a better shot at playing games on national television and making the NCAA tournament at the end of the year. And while it is each NBA team’s job to scout all talent, giving them that added shine of the big lights on national TV in some high-pressure situations is a great way to polish your game and reputation.

Playing high-level basketball can be extremely rewarding to anyone who is lucky enough to do so. The life lessons that are learned playing sports are countless and learning how to communicate, work together, and deal with both success and failure will follow you into your everyday lives. A career in the NBA can also teach you some rewarding lessons that mirror life.

You hope that it will follow you into your next step in basketball, the NBA, but as you can see in this article, it will take a lot of hard work and determination before you can even land on an NBA team’s radar. And once you land on their radar, a lot has to go right in the process before they decide that you are the right fit for their team.

But reading this piece and taking the steps lined out here for you is a great starting point.

Do you have aspirations of playing in the NBA? How many of these steps have you taken towards your dream? Let us know in the comments!

ok i have been working and doing these things and this just reassures that i am doing the right thing remember me Kaleb Miche!!

love this is my dream is to be in the NBA player thanks for the advice it will relly help. from BRODY

love this my dream is to be an NBA player thanks for the advice it will relly help.from LANDRY

Yes I do. I played small town basketball and aau from ages 7-10. I love the sport and was uncomfortable in my body in youth so I thought I wasn’t good enough. I realize now I might have something. I have been weight training and doing functional exercises pretty diligently for a number of years. I have lots of drive and passion.

Yeah have an aspiration of making it to the nba.

Number one, be in great and good physical shape

Number two, Working on my skills

Ok. bet. I’m going to be the next big thing. watch and see. remember this name. Bryan A.G Cole.☺

I am a basketball player in freetown playing for the Godrich blazzer 6.3in tall
Playing center I dunk, block, dribble, layup and block. Age 20 I’m in college not working please help, here our parent do not believe in basketball

Of course I have aspirations it has been a dream of mine since the day I found out about basketball but I fear that it may not happen for certain reasons like
1. I am out of shape well I won’t say out of shape but I am a very skinny person and have been for a while now
2. I’m not the best at the game i dont have the skills sometimes i miss wide open layups plus i have been doing a lot of practice but I can’t seem to make my high school team and this is my last year in high school