How to Pronounce Stephen Curry 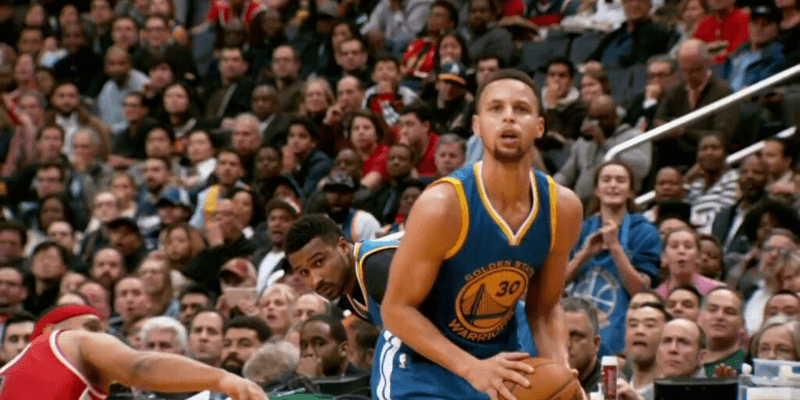 The great Chef Curry of the Golden State Warriors. If you’ve never heard of him, then you haven’t been watching NBA basketball in the 2010s. The greatest shooter of all time and the key component of Steve Kerr’s shooters renaissance.

Typically when you’re on top of the world people will remember and know your name, but there was a time when Steph was just an undersized guard on a less than stellar Warriors team. When one (assumed) former Nike agent botched a meeting with StephEN Curry, mispronouncing StephEN’s name and eventually losing the guard to Under Armor.

To make sure none of you will never make the mistake of that one Nike agent, we put together the end-all guide to pronouncing Stephen Curry’s name.

Meaning of the Name ‘Stephen’

What is Stephen Curry’s Real Name?

What are Stephen Curry’s Nicknames?

Steph is also one part of the Warriors dynamic duo known as “The Splash Brothers.” Which include Steph and fellow NBA leading 3-point shooter Klay Thompson. Together, they would rain three on the NBA at a rate the league couldn’t believe, let alone handle.

Steph has expressed fondness for the nickname Baby Faced Assassin. During an interview after a game 2 win in the NBA finals, he said:

“It was the first [nickname] that became popular so it has a special place in my heart, even though I have a bit more facial hair now.”

Even if you’re not a fan of the Warriors, you can’t help but appreciate everything that Steph has done for the game of basketball. The way he has elevated what it means to be a 3-point sharp shooter in the NBA. Under the guidance of Steve Kerr (fellow legendary NBA sharp shooter), Steph has become the bearer of multiple 3-point shooting titles.

So you B E T T E R know the name of this guy, because at the end of the day – when it’s all said and done – Stephen Curry will be a Hall of Famer and the greatest shooter the NBA has ever seen for a long, long time. He will also be an important force driving forward Under Armor. So keep his name in mind, and make sure you get it right.

What do you think about the Nike agent ruining the meeting with Curry? Do you think Steph is better off now with Under Armor or do you think he would have had a bigger line than LeBron if Steph stayed with Nike?

Should Curry have just forgiven the Nike agent and corrected him? Let us know what you think in the comment box below.