Is Stephen Curry the G.O.A.T? 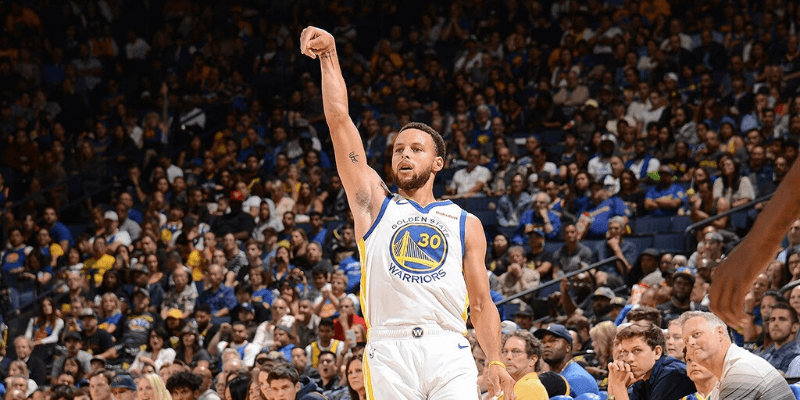 The G.O.A.T (Greatest Of All Time), takes a second to realize what such a title really consists of.

To be “all time” means everyone in the history of basketball – ever – will be considered. Specifically, in the NBA, which many people, like myself, consider to be the pinnacle of the sport of basketball.

Once we’ve come to terms with the whole “all time” thing. Comes “greatness,” which does not have an agreed upon metric. It can mean different things to different people. Luckily, the good people at the NBA track other metrics and stats we can use to decipher what do we consider for greatness.

After all that’s through, we’ll see where Steph “the Chef” Curry fits into the mix.

First of all, I’ll declare that greatness is something defined by one’s peers and supported by metrics. Also, “rings make kings”, we’ll get to that later. The most important thing to take into consideration is that the title of the G.O.A.T consists of all things.

It is an overall title since there are other titles that can be considered in relation to the G.O.A.T. Such as the Greatest “X” of All Time. Where X can be replaced with 6th man, passer, ball-handler, Spurs player, or guard. But the G.O.A.T is special since it supersedes all other G.O.A.T variants.

Is Stephen Curry the G.O.A.T?

But before I get into it, I would like to say something to the admiration of Steph Curry. To be considered to be in the running as the G.O.A.T, is nothing short than a lifetime achievement. A talent worthy to take a shot at being the one and only G.O.A.T, means they’re 100% a generational talent.

All roads lead to Michael Jordan when talking about who is the G.O.A.T. Here are the highlights of what our research discovered when comparing Steph to M.J:

Also Read: Stephen Curry vs Michael Jordan: Who is Better

Across the board, Jordan would outshine the baby faced killer from the Warriors. Steph only take points from M.J in perimeter shooting and off-ball movement. The one metric that totally shut the case out between the two superstars was how well M.J. performed his rookie year.

Steph would be drafted first to a bad team, and they would stay bad for quite some time, not reaching the playoffs until Stephs 3rd year. Mike came into a Bulls team that was worst in their division. By the end of M.J’s rookie year, Chicago would find their first playoff berth in 4 years.

Mike’s immediate impact on the Bulls franchise was the difference-maker in my book. Curry’s career is not over as of the time I’m writing this article. He still has more years in the NBA while the book on Michael’s career has long been written and told. As Steph heads into his 11th season in the NBA in a new stadium and with new teammates, he still has a shot to take the crown from Michael.

Is Stephen Curry the G.S.O.A.T (Greatest Shooter Of All Time)?

Yes. The best, no question.

First you’re going to ask, what is G.S.O.A.T, it’s a term I think I’ve invented. For the Greatest Shooter Of All Time, not the best name in the world, but it’ll work till we figure something out. I could go on and on about how amazing and prolific a shooter Steph Curry is, but I think some cold hard stats from the NBA comparing Curry to every shooter of all time would paint a better picture. 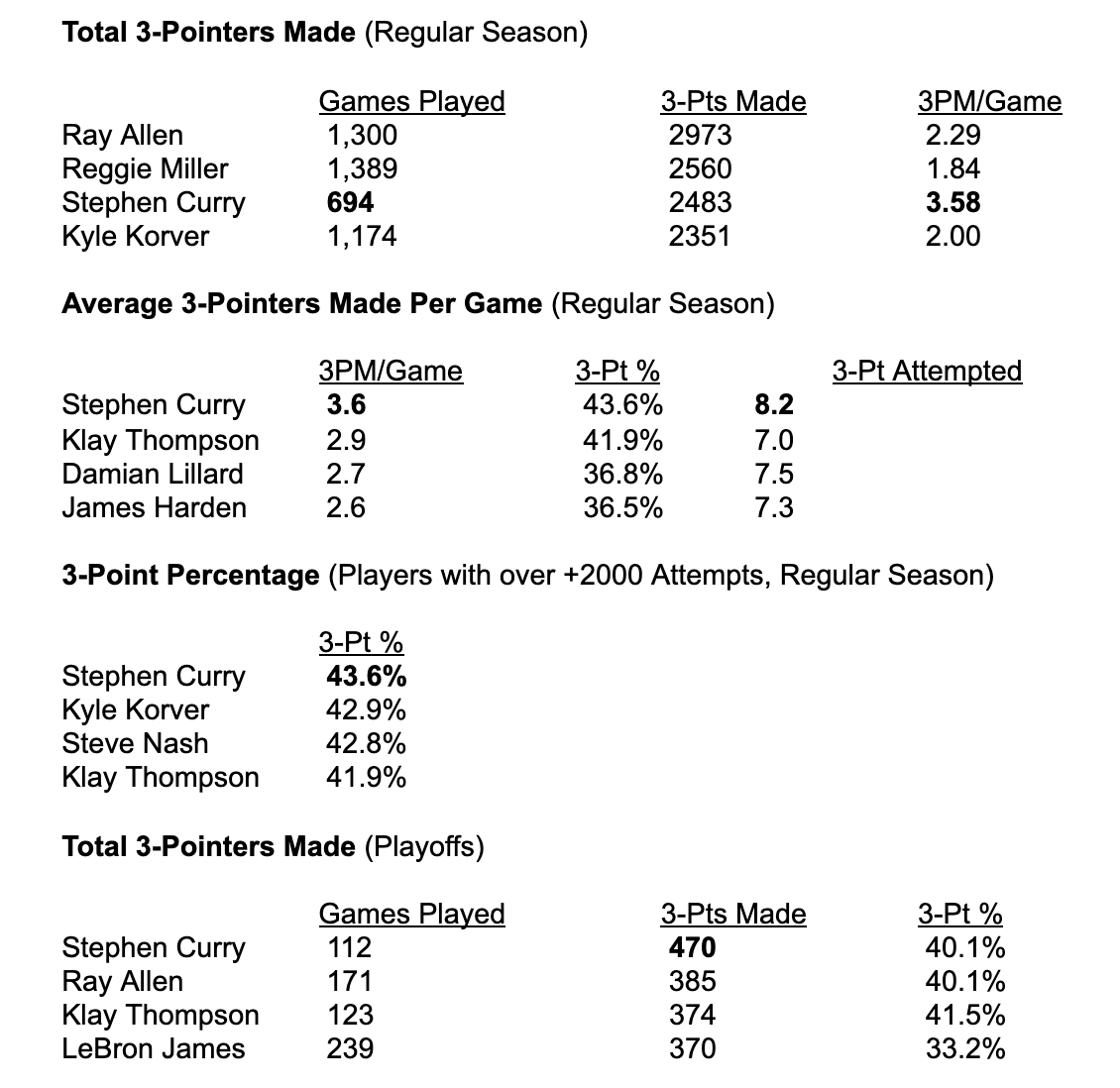 Stats made by the DunkOrThree team

If you look at every relevance shooting metric, you will find Stephen Curry’s name somewhere near the top. The two biggest stats that claim the title for Curry is his total amount of 3-pointers made per game, in the regular season and in the playoffs.

As far as regular-season stats, he sits at 3rd all-time, but with less than half the amount of games played of the two players he trails. While at the same time scoring much more 3-pointers per game as they had. Since his pace is so high and is already marching his way to the top of this list. There is no doubt that Steph will claim the top rank when it’s all said and done.

Finally, we come to Curry’s playoff success, which has earned him his notoriety. The 11-year vet, has already claimed the top spot of the most amount of 3-pointers made in the playoffs. With nearly 100 more 3-pointers than his co-splash brother Klay. It doesn’t look like the Warriors want to slow down anytime soon, so expect these numbers to grow.

Curry fans can rejoice in the amazing career Steph has built with the Warriors. Looking forward there are more titles to win and records to break. I have complete faith in the baby faced assassin to succeed more into the latter part of his career. Possibly only halfway into his NBA career, I consider him the greatest shooter of all time.

But to the dismay of those same Curry fans, Steph has not yet earned the right to be called the G.O.A.T. as Michael Jordan’s reign over the 90s has been yet to match. Quite honestly, Curry would have to take all the success he has achieved at this point (2019), then double it. Then he would be on par with the G.O.A.T – Michael Jordan.

Do you think Steph deserves to take the title of G.O.A.T from M.J? Do you think that Steph WILL eventually take that title? Do you have a better name for G.S.O.A.T? Leave a comment below and let’s discuss who really is the G.O.A.T?