Is the WNBA Profitable? 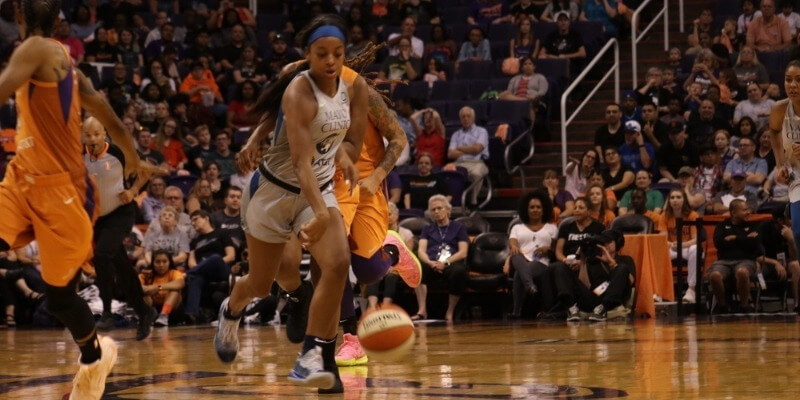 The WNBA, while an impressive display of athleticism and skill, is not necessarily known for its popularity. Though it undoubtedly has its fans, the larger market and direct competition with the NBA has made it difficult to stay afloat in recent years.

While I don’t actively keep up with the WNBA, I have played and watched basketball for nearly three decades. My first-hand experience, expanded by extra investigations and analysis, allowed me to take a deep dive into the league and its recent financial history.

This guide will cover the WNBA’s profitability in two parts. First, it will analyze the league’s history as a whole and then use that to discuss why it hasn’t lived up to its rather lofty expectations as of late.

Check out the following sections to learn more.

Does the WNBA Make Money?

To kick off this article we first need to address the core question at hand: is the WNBA profitable. In a word? No. Unfortunately, where the NBA is a money-making machine (which we’ll see later on) the WNBA is nowhere near as profitable on a yearly basis.

In terms of raw numbers, the WNBA generates roughly $60 million in revenue every season. That may sound like a lot, but when matched up against the $70 million the league costs to run, it actually loses roughly $10 million with each passing year.

That number doesn’t get any better when you look back. In fact, that $10 million loss is roughly the average the league has cost to run since it was first incepted in 1996. It’s never been profitable, which looks even worse when you compare it to the NBA’s $8 billion yearly revenue.

How Does the WNBA Stay Afloat?

As you might imagine, no company or organization would be able to survive losing $10 million a year. It simply isn’t possible. To overcome that deficit, the WNBA is actively subsidized by the NBA. That helps fill the gap and keeps the lights on for the league.

Without any external help, the WNBA likely wouldn’t be able to stick around. It doesn’t seem like it’s going anywhere anytime soon, especially since it’s been around for nearly thirty years and still has a solid fan base, but there’s no doubt the owners wish it would generate more income.

How Does it Make Money?

While the fact that the WNBA isn’t profitable holds it back, it still generates $60 million a year. To better understand the league from a purely monetary standpoint, it’s critical to look at exactly where that money comes from and how it gets spread out among the players.

The league doesn’t break down its revenue by source. Even so, there are some estimates out there (and calculations we can make) that help account for the total budget.

First, WNBA games average between 7,000 and 8,000 fans per game per season. If you take that number, compare it against the $16.68 average ticket price, and then multiply it out by 12 teams playing 32 games you get roughly $50 million in ticket sales for a whole season.

While not enough to cover expenses, that’s still a decent chunk of change. Almost all of the league’s money comes from ticket sales, which is not the case in the NBA. That means the other $10 million is generated through things such as food and merchandise.

Where Does the Money Go?

As you might imagine, given the earning disparity between the leagues, the WNBA cannot afford to pay players like the NBA. Teams still make a good amount of money, but it’s nothing compared to the multi-million dollar contracts you see in the NBA.

As the WNBA actively loses money, paying players at a similar rate would just bankrupt the league. The organization pays out roughly 20 percent of its total revenue ($12.3 million) to the players, giving them an average salary just above low six figures.

The NBA’s revenue split is much higher (50-50), but that’s simply because the league has a lot more money to throw around. Without that financial weight, the WNBA still does a decent job at making sure its players can live good lives.

Here are some questions you might have about the topic, I’ll answer them briefly below.

How Much Money Do WNBA Players Make?

The average WNBA player makes roughly $130,000 a year, and rookie or first-time contracts have a minimum of $57,000 a year. That’s not anything close to NBA players, but it’s still pretty good pay for playing a game.

Does the NBA Make More than the WNBA?

Yes. A lot more. While the WNBA pulls in around $60 million each year, the NBA generates a staggering $8 billion in revenue. That puts it as one of the most successful businesses in the world.

Compared to other sporting events, they are quite cheap. The average ticket price for any WNBA game sits right around $17. Add a little extra for food and you get a solid outing without paying too much.

Who is the Highest Paid WNBA Player?

Both Skylar Diggins-Smith and Brittney Griner have $221,000 contracts. That makes them the league’s top earners.

At the end of the day, the WNBA is not nearly as popular as its male counterpart. It still does a good job of bringing in fans, especially for a female league, but it still hasn’t been able to earn enough money to stay profitable over time.

Those behind the league have made steps in recent years to provide a more interactive and fun viewing experience. That includes going to platforms like Twitch, as well as running larger ad campaigns. Only time will tell if such measures work to create more revenue.