How Many NBA Rings Does Jae Crowder Have? 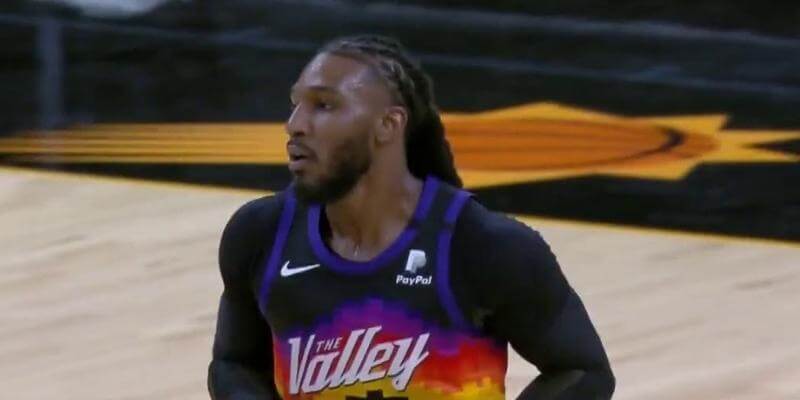 The NBA is currently all about ring culture. While winning championships has always mattered, the focus on superteams and the push from the media has led to an increased focus on getting a title. However, that doesn’t mean a player needs to have a ring to be taken seriously.

There are plenty of great athletes who, for one reason or another, never won it all. This guide will explore that by looking at journeyman Jae Crowder and studying how he’s made himself such a valuable role player in an extremely top heavy league, though he has not won a championships ring yet.

The Power of Winning

While superstars undoubtedly need rings to legitimize their legacy, the same isn’t necessarily true for role players. They don’t have the same pressure as the NBA puts on franchise faces, nor are they in the public eye as much as those with bigger contacts.

That’s important to note when looking at rings for lesser known players. Getting a title is still incredibly important, but it’s not the first aspect that gets brought up when discussing such athletes. Rather, they have a focus put on their stats and overall skill.

That’s where Jae Crowder fits into the conversion and why, despite his lack of Finals success, he’s been able to land several solid contracts with extremely strong teams.

Simply put, Crowder doesn’t have a ring. However, that’s not for lack of trying. He’s a strong player who has put up a decent amount of solid postseason runs with great teams.

After going late in the second round of the 2012 draft, he took some time to get used to the NBA. He spent his first three seasons with the Mavericks, where he wallowed in obscurity. His stats weren’t impressive, and everything seemed too fast for his abilities.

That all changed in 2014. After another slow start, the Mavericks traded him to the Celtics. There, he flourished. While Crowder never put up amazing numbers, his points, assists, and rebounds per game all went up a considerable amount.

Almost, But Not Quite

It wasn’t long before the Celtics realized they found a solid role player. He was a key rotation piece who, due to his hustle and defensive ability, got more and more minutes with each passing game. He wasn’t an all-star, but he filled an incredibly important role.

He helped the team reach the playoffs every year he was there, including an Eastern Finals trip that ended in a hard loss to the Cavaliers. Despite that success, he got traded the following season to Cleveland.

He had a strong Finals run with the team (that ended in a loss) and then spent a few years bouncing around. Still, he found a good amount of success wherever he went.

After short stints with the Jazz and Grizzlies, he ended up on the Heat in 2019 and helped them make a Finals run in 2020. The year after, he went to the Suns and took another trip to the Big Game.  Unfortunately, both of those series ended in losses for Crowder.

He still hasn’t gotten a ring, but history shows that he undoubtedly makes teams better.

Though Crowder hasn’t seen success in the form of a Finals win, he’s been a highly-valued player in the league for a long time. That’s because he puts a large focus on both hustle and defense. Those attributes enable him to impact the game in numerous ways.

He’s not someone you’ll see on a stat sheet. Even so, he’s incredibly hard working and does everything that’s asked of him. That effort separates him from the pack, and shows that, while he doesn’t have a ring yet, one may well be on the way.