What is James Harden’s Net Worth? 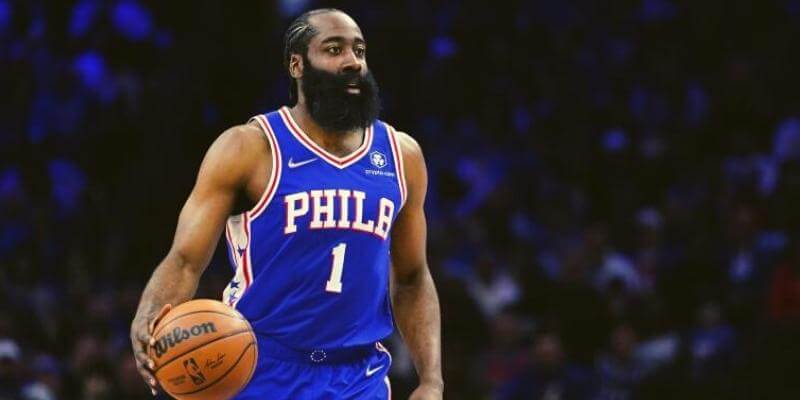 Long term NBA players know that being in the league can be quite a lucrative career. From big contracts to endorsements deals, signing bonuses, and extra sponsorships, there are plenty of ways for players to expand their personal wealth while competing at the top level.

Here, I will look at one such player in James Harden. This guide breaks down his current net worth, and then analyzes his deals, contracts, and personal investments to study how he managed to accrue his vast fortune.

Even among NBA players, Harden has managed to accumulate a ton of money. The flashy guard not only achieved his staggering $165 million net worth from his amazing (and numerous) contracts, but he’s done a lot of work to sign brand deals as well.

Where most players have their money coming from one source, Harden is much more diversified. That’s one of the reasons his wealth has grown so much, and it’s how he managed to become one of the highest-earning athletes on Earth.

He’s also a big fan of nice things. Not only is he regarded as one of the most stylish NBA players, Harden owns multiple properties and collects many expensive cars. That includes a Rolls Royce Wraith, a premium Range Rover, and a Bently Bentayega.

When breaking down Harden’s income sources, it’s key to start with his contacts. Though he does a lot of work off the court, Harden gets most of his money from his signings. He started slow, but quickly grew his net worth once the league realized his skill potential.

After playing with the Thunder, where he earned a solid contract of roughly $4 million a year, Harden’s salary took a huge jump to $13.7 million when he signed with the Rockets. That then jumped again in 2016, when it rose to a staggering $26 million.

From there, his signings have only gone up. He penned a four-year extension with Houston in 2017 worth $228 million, and he’s currently earning more than $40 million a season. Once his current deal runs out he’ll have brought in more than $200 million during his time in the league.

Most players, even franchise names or all stars, don’t have that type of cash. Harden is a unique case because he’s been so good for so long. Getting a single supermax contract does a lot, but being able to string together multiple is something only a few ever get to do.

As with so many big players, Harden has managed to grow his net worth through more than just basketball. The sharpshooter entertained many brand deals over the years, and he’s invested well too. Both endeavors have brought in quite a bit of money.

Harden is not shy about deals. He’s worked with Beats Electronics, BodyArmor, Stance Socks, and State Farm. Those various endorsements all came together to earn him more than $20 million in their entirety. However, where he really grew his net worth was with his shoes.

Like so many pro athletes, Harden started his branding with Nike. That shifted in 2015, when he unexpectedly decided to sign with Adidas. While many people were surprised at the move, the $200 million contract was one of the biggest shoe deals signed at the time.

Not only that, but Harden is under contract with them for 13 years. That means he will continue to work (and earn) for the brand until he’s close to retirement. It’s a long contract, but it’s something that clearly has worked for all parties. He gets $15 million a year from the deal.

Beyond that, the superstar did a lot of work with Amazon, and he personally invested in a few companies himself. He has a partner deal with BodyArmor, and he put $25 million into an MLS (the Houston Dynamo) and NWSL (the Houston Dash) team.

On top of that, he currently owns a minority stake in the Saks’ board, where he has a direct influence on the brand. That’s not one of his larger endeavors, but there’s no doubt it will prove lucrative in the future.

Many NBA players are rich, but few of them get to James Harden’s net worth. The superstar has been around a long time, which has enabled him to sign many contracts and find numerous endorsements. Those reasons are why his net worth is so far above his peers.