What Position Does James Harden Play? 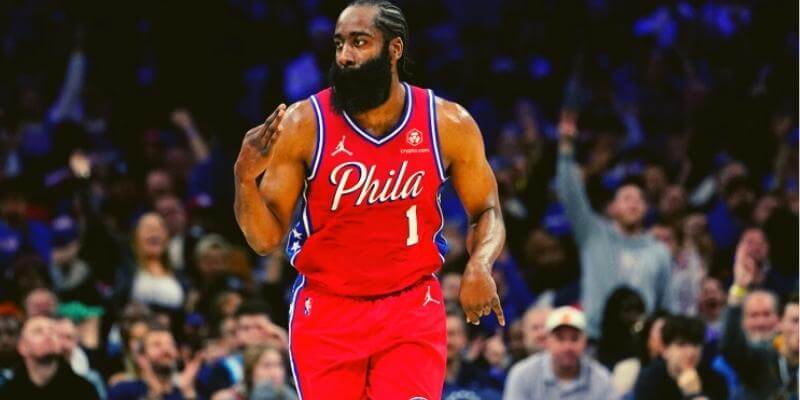 Once extremely defined, NBA positions have become much more blurred in recent years.

What used to be a game of bigs and smalls is now an ever-changing landscape of versatile big men and strong guards. That’s made defining a player’s exact positions much more difficult.

To get some insight into that recent shift, this guide will take a deep look at James Harden’s position and analyze how it evolved over time.

That breakdown will shed light, not just on him as a player, but on the new NBA as a whole.

A Man of Two Worlds

Officially, Harden is listed as a shooting guard. He has a deadly three-shot, a quick off-the-dribble drive, and a great pull-up.

In addition, he stands 6 foot 5 in height and weighs 220 pounds. That combination makes him the perfect dimensions for the wing position.

Despite that, he’s played as a point guard for a lot of his career. He doesn’t mind going out wide and spacing the floor, but he’s also adept at bringing the ball up the court and looking for a good shot or pass. That enables him to slot into either role as needed.

When Harden plays with an experienced point guard, like Chris Paul in Phoenix, he’s primarily a shooting guard. However, when he’s on the court without someone running the one, or when he’s on a team without an all-star guard, he’s usually in charge of taking the ball up himself.

A Shift in Titles

In order to understand how Harden can play both roles, it’s important to analyze the entire NBA. The league, for better or for worse, greatly changed over the past decade. Where a player used to stick to a single position, more and more offenses are using everyone in different ways.

Centers and forwards need to be able to space the floor, while wings and guards have to be able to effectively switch. That constant moving and churning of the offense force players to wear several hats at once. Some can be good at one thing, but it’s much rarer.

Harden is a perfect example of the modern guard. He can do a little bit of everything, which ends up being much more valuable to an offense than a specialist.

Jack of All Trades

The above section shows why Harden plays two different positions rather than just one. He’s been a part of some of the highest scoring offenses in NBA history, but doing so takes a lot of work. You can’t just sit in one position and hope for the best.

To have a truly dynamic offense in today’s fast-paced NBA, teams need to be able to adapt. If you only work out of one set or have everyone do the same thing each trip down the court, you’re going to become predictable and rather useless.

When Harden played with the Nets and Rockets, he mixed it up quite a bit. Sometimes he would bring the ball up court and attack or shoot a quick three. Other times, he would go out wide on the wing and wait for a pass. That always kept the defense on their toes.

Harden is a dual-threat player who does a good job at both the point and wing position. He may not be as specialized as some NBA athletes, but he has a good amount of versatility few players are able to match. That’s one of the reasons he’s so special.

The 6’5’’ guard continues to be one of the highest-profile (and highest paid) players in the league. That’s because, when teams sign him to contracts, they aren’t just getting a one-dimensional player. They’re getting a guard who can do a little bit of everything all at once.