How Many NBA Rings Does James Harden Have? 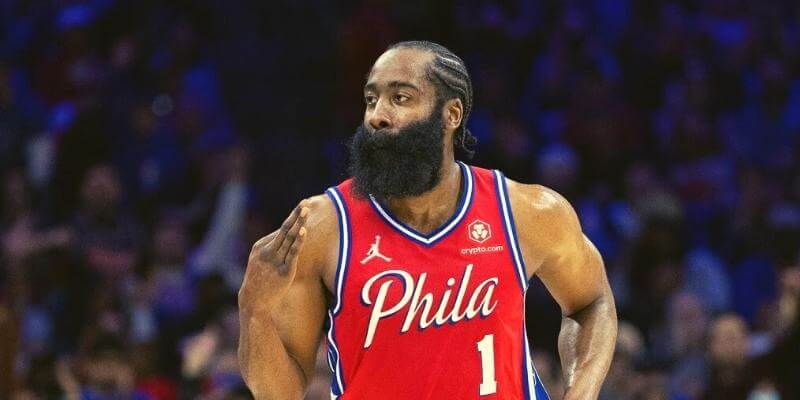 To be considered an all-time NBA great, players need to win championships. There are many superstars without a ring, but having jewelry sets people apart. That’s especially true in today’s league, which is almost completely dominated by ring culture.

To further explore that theme, and see why titles have gotten so important, the following article will look at James Harden’s career (he has not won a championship ring yet). It will break down his many years in the league, different postseason runs, and why things didn’t always go as planned.

Even today, the NBA is a top heavy league. A team might sneak into the race every once in a while, but for the most part each decade is dominated by a single dynasty. That includes the 60’s Celtics, 80’s Lakers, 90’s Bulls, and 2000’s Lakers/Spurs.

Even the 2010’s, with more and more excellent players coming into the NBA, were dominated by the Warriors. If a player isn’t on the dynasty team, or if they’re hesitant to join up with a super team, odds are they won’t be able to get a ring.

That was an understood issue in past decades, but the lack of rings is something that’s become a huge deal over the past five years. Not having one greatly tarnishes a player’s legacy and gives them a stigma of not living up to their potential. Harden’s a great example of that.

Harden is one of the premier players in the NBA. Though he’s not as quick as he once was, there’s no denying his past achievements.

During his career, he’s always been a strong playmaker. He can pass, drive, and shoot with anyone in the league. His natural talent and hard play enabled him to average an impressive 25 points, 5.6 rebounds, and 6.8 assists per game for his career. He even has one MVP.

Not only that, but during his best seasons he scored 30 or more points a game (topping at 36) while pulling down nearly 7 rebounds, and dishing out more than 8 assists. Those are some of the best seasons by any player in NBA history.

Even so, many people consider Harden one of the lesser stars in the league. That may be surprising, but it just shows how much weight rings hold in the current sports world.

Harden has never had postseason success. He’s one of the superstars without a ring, and he’s only been to a single Finals series. That’s largely because, while a lot of his teams have been good, they’ve never been able to overcome dynasties.

Harden first played for the Thunder from 2009 to 2012. Those years were great for Oklahoma City. His scoring, mixed with Russell Westbrook and Kevin Durant’s skill, allowed them to make several deep playoff runs. However, things fell apart after the Finals loss to the Heat in 2012.

From there, Harden joined up with the Rockets. As with OKC, the team put together many great regular season efforts, but they were all in vain. Houston had a lot of talent, as well as a prime Harden, but they ran headfirst into the Warriors.

Harden then left them for the Nets before going to the 76ers. Both efforts teamed him up with other superstar players, but it wasn’t enough. He still has time, but the clock isn’t as lenient as it once was.

James Harden still remains one of the best players in the NBA. He’s a great shooter who understands the game at a high level. Still, he’s never won it all. That lack of a ring hangs over his head, and only gets worse with each season.

However, just because Harden doesn’t have a championship doesn’t mean he’ll stay that way forever. There’s plenty of time for him to turn it around, and the high-powered 76ers might just be his ticket to the big time.