What Teams Did Jason Kidd Play For? 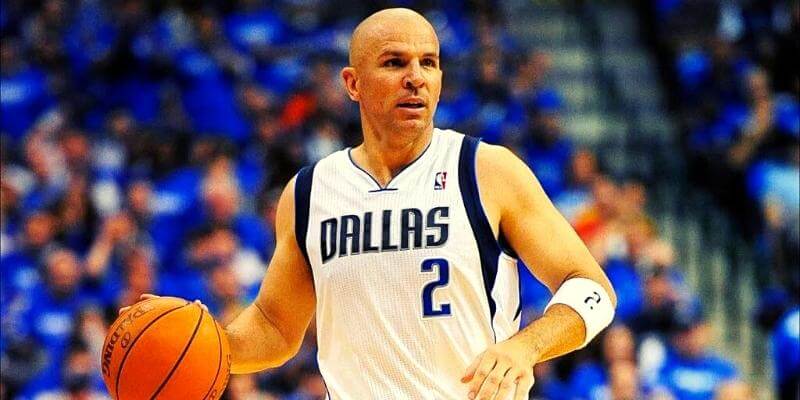 Most NBA players, even the greats, tend to play for a few teams during their career. Some might stick it out with the same organization forever, but that’s extremely rare. Hall of famers typically move around, especially during the end of their career. That includes Jason Kidd.

The following article covers the entirety of the point guard’s career. Such analysis reveals the 4 different teams he played for while in the NBA (Mavericks, Suns, Nets, and Knicks), and sheds more light on why he bounced around from team to team.

Like so many other great players, Kidd entered the NBA with a ton of hype. He was a stand out in college, and showed no signs of slowing down when he entered the big leagues. That caused him to rise all the way to the second pick of the draft in 1994.

He signed a rookie contract with the Mavericks, who had big plans for the guard. However, despite his talent, his tenure with the team was short lived. Kidd played well his first two seasons in the league, but had a big drop off in his third year. He fought with the coaches too.

Those issues caused the Mavericks to get nervous. Not wanting to waste a young player, they traded Kidd to the Suns in 1996. That move, while surprising, rejuvenated his career.

Kidd had issues in Dallas, but he did much better with the Suns. He rapidly increased their win total and brought the organization to the playoffs in his first year. He scored more points, netted more assists, and snatched up more rebounds than ever before.

The Suns made the playoffs for five straight seasons, but off-court issues once again raised their ugly head. After domestic violence allegations, alongside Kidd’s highly polarizing personality, the Suns felt it was time to trade the superstar.

They put him in a package deal and shipped him off to the Nets. He was one of the best players in the league, but found himself on his third team in less than a decade.

The Finals, and Back Again

Despite being on a new team, Kidd continued his rise. His stats only went up and, alongside Richard Jefferson, he led the Nets to back-to-back Finals appearances. They couldn’t quite climb the mountain, losing to the Lakers and Spurs, but it further cemented Kidd’s talent.

Even so, he was a perennial journeyman. After undergoing a few injuries, Kidd’s agent requested a trade. The Nets, not wanting the talented guard to stay in the East, decided to move him back to the Mavericks.

Kidd’s final stint in Texas would prove to be the best of his career. Though he was getting older, and his stats fell a bit, he also got his only ring in 2011 after Dallas beat the Heat in six games.

Many assumed reaching the top of the mountain would spur Kidd to finally retire, but he decided to keep on pushing. He signed a three year deal with the Knicks in 2012, but ultimately only played one year before finally calling it quits at the age of 40.

He played for four teams during his illustrious career, and did so without missing a beat. Even at the age of 40, he led the Knicks to a 50 win season.

Jason Kidd is one of the best point guards of all time. He always played hard, and never slowed down. His accolades only got better towards retirement, which sets him apart from similar athletes. It’s not that he played for four teams, it’s that he succeeded everywhere he went.