How Many NBA Rings Does Jason Kidd Have? 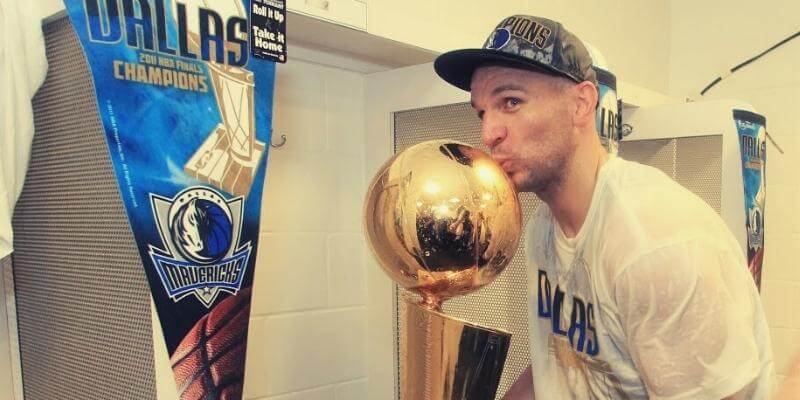 Every NBA player strives to win a championship. Not only are rings big achievements by themselves, they can also cement a career in the annals of history. Not everyone gets one, but taking home a trophy can completely change the way the public perceives an athlete.

This guide explores that idea in great detail by looking at Jason Kidd’s time in the NBA. His runs to the Finals show how much a ring can matter to an individual player, and why championships become more important the longer someone plays in the league.

Thanks to the rise of social media in today’s NBA, legacy is more important than ever. There are plenty of ring-chasers, superteams, and blockbuster trades all across the league. However, winning it all has always been extremely important.

Ever since the 60’s, players have been obsessed with getting rings. Jewelry separates them from the pack, shows they have what it takes to rise above the competition, and also gives meaning to their career.

While being in the NBA is impressive on its own, players typically need a ring in order to be remembered as truly great. Not having one can put a damper on a career and even hall of fame players, like John Stockton and Charles Barkley, have it hang over their head forever.

Individual achievements can go a long way, but the flag flies forever.

The pressure to win is something all athletes face, and it only gets bigger as the years go on. Kidd felt it firsthand and, like so many other greats, he met it head on.

The athletic guard came into the NBA on a high note. He was a great scorer, had a high IQ, and helped both the Mavericks and Suns get to the playoffs. Even so, his personal issues and rather lackluster teammates prevented him from succeeding in the postseason.

He made it for five straight years in Phoenix, but never had what it took to get all the way to the Finals. That changed in New Jersey. The Nets had a good young team that was primed and ready for Kidd’s guidance. Under his leadership they flourished.

The organization made its first-ever Finals in 2002, and then went back to the biggest series in 2003. However, as great as the Nets were, they ran headfirst into Kobe’s Lakers and Tim Duncan’s Spurs. Both seasons ended with losses, and left Kidd empty handed.

Kidd still played well throughout the 2000’s, but the decade wasn’t kind to him. He suffered through various injuries and never found the same success he did with the Nets. Still, he kept pushing and, through strong determination, once again found himself with a solid team.

The guard returned to the Mavericks (the organization that drafted him) in 2008. Alongside Dirk Nowitzki, he brought the franchise back to top. They were one of the best teams in basketball, and perennial playoff contenders.

Then, after almost two decades of trying, Kidd got a ring in 2011 when the Mavericks upset the vastly favored Heat. It was one of the most memorable Finals runs ever, and it proved Kidd truly was one of the best guards to ever play the game

For superstars, a ring changes everything. Winning a title doesn’t just cement a player’s legacy, it also changes the way the public perceives them. Without a ring, Kidd has doubters. With it, nobody could ever argue his resume or what he did for the game of basketball.