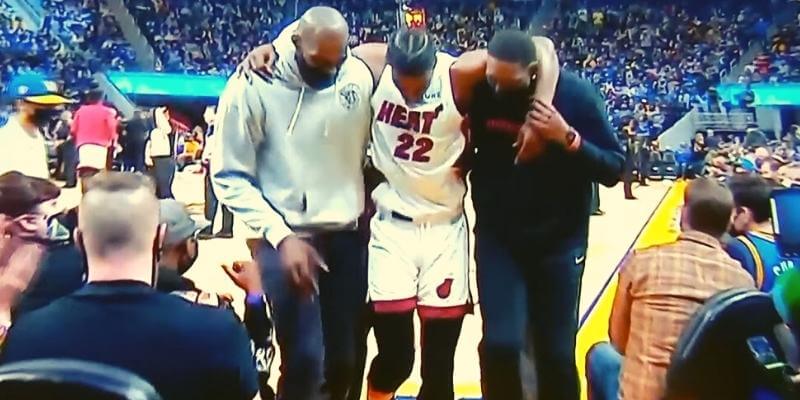 Injuries are one of the toughest parts of any sport. They greatly hinder performance and, in some instances, can permanently affect how well someone plays. That’s why so many healthy greats have been able to thrive year in and year out.

The following paragraphs will cover Jimmy Butler’s injury history. By studying what he’s done to stay healthy, and looking at how many issues he’s had, this article breaks down how much of an effect ailments can have on a player’s career.

The Importance of Health

Health was once an afterthought in the NBA. Though players would sit out if they couldn’t get on the court, teams greatly valued toughness. That did lead to some exciting moments, but more often than not it caused long-term issues that never fully healed.

To make sure stars stay healthy for as long as possible, modern teams take a different approach to player health. Regular season rest games are much more common than they once were, and those who aren’t feeling 100 percent can easily sit out now and then.

That leads to players getting on the court much less than they used to, but it also means that big names are ready to go for the playoffs. Even so, there are still many athletes who sacrifice their bodies for the game. Butler is undoubtedly one of them.

Over the past few years, Butler earned himself the reputation of a workhorse. Not only does he show up time and time again in big games, but he plays a lot of minutes and consistently takes on other all-stars. He pushes through minor injuries and never quits.

While that attitude and mindset have pushed him to the forefront of the NBA, they do come with some minor setbacks. Most notably, it leads to injuries. Butler hasn’t sat out a lot of time, but his propensity for hard play does lead to more impacts and falls than other players.

Butler is not someone who likes taking rest, and he pushes through pain in big games or postseason contests. Still, he’s sat out a lot of regular season games. Though he played in all 82 during the 2012 season, he’s only played in more than 70 one other time.

A lot of that is due to injuries, which he consistently sustains as a result of his high-level play. He came into the league strong, but consistently missed between 15 and 20 games a season from 2013 to 2017. He also played less than 60 games in every year since 2018.

Those absences are due to a litany of different issues. Butler’s always had knee and elbow problems, and they keep popping back up each season.

The next big one came in 2017, where a meniscus tear caused him to have surgery. He sat out for months recovering then, in true workhorse fashion, he bounced back and finished the season stronger than ever.

However, his knee gave out again in the 2021-2022 Eastern Conference Finals. Butler played through the injury, but the Heat ultimately lost in seven games.

NBA players have many jobs, and staying ahead of injuries is one of them. Butler is not invincible, but he’s done a good job of keeping on the court for his entire career.

By limited big issues he’s been able to lead multiple teams and become an old school bruiser. You simply don’t see those type of players, especially ones who play at such a high level, in modern basketball.