How Tall is Joel Embiid? 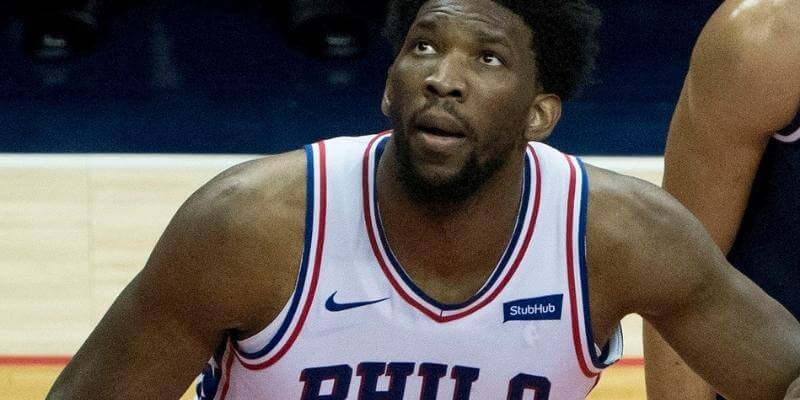 Being tall is a huge advantage in the NBA, especially for centers. The ability to go above players brings an extra dimension to the game and allows someone to make plays other athletes can’t. That’s especially true for tall players who happen to be quick and mobile as well.

To study that point, this article will take a look at Joel Embiid’s height and playstyle. By breaking down those aspects, it will dive into how size can be used effectively in today’s NBA and study how the Cameroonian takes advantage of it.

Before doing a deeper dive, it’s important to answer the question of Embiid’s height. The Sixers center stands seven feet tall, which definitely puts him in the top one percent of all NBA players. He also weighs 280 pounds and has a wingspan that measures 7 foot 5.

Taking those different measurements into account, he’s undoubtedly one of the biggest players in the NBA. There are quite a few tall athletes in the league, but very few of them are able to match Embiid in sheer size. That’s why he’s so good in the post and on defense.

Embiid’s height is extremely helpful for two reasons. First, he’s a big presence who’s able to effectively block, rebound, and score from inside the key.

His 280 pound frame is much larger than just about any other center in the league, which gives him a notable size advantage.

On top of that, Embiid can score from outside. That truly makes him different from other big men who can only play down low.

The NBA has massively shifted to outside shooting over the past few years, making the ability to shoot well from beyond the arc extremely important.

Just about every modern superstar has some type of outside shot. Embiid is so special on that front because he has an outside shot in addition to being incredibly tall.

The ability to shoot from deep at Embiid’s height makes him tough to guard. Defenders never know if he’s going to go inside or pull up. Even if he does stop to shoot, his wingspan and height combination work well enough to ensure he’s nearly impossible to contest or block.

Another way to get reference for Embiid’s height is to look at the rest of the league. Centers have always been big (with their average height peaking in 1987), but they have gotten smaller as of late. In fact, due to the push for faster offenses, the average NBA center stands 6’10.

Knowing that, it’s easy to understand why Embiid is such a big presence when matched up across the league. He’s not only heavy, but at seven feet he’s a good two inches above just about everyone he plays. That creates a dual threat few can match.

Not only that, but given the recent shifts it seems that centers will only get smaller or quicker with time. That’s not a bad thing for a lot of teams, but it means that Embiid’s height will become even more of an asset as the years go on.

Joel Embiid is known as one of the most dominant centers in the NBA, and his height is a big reason. He’s able to leverage his extra inches to his advantage and does things on the court few can match. While there are taller players out there, none of them can shoot or score like him.