What is Joel Embiid’s Net Worth? 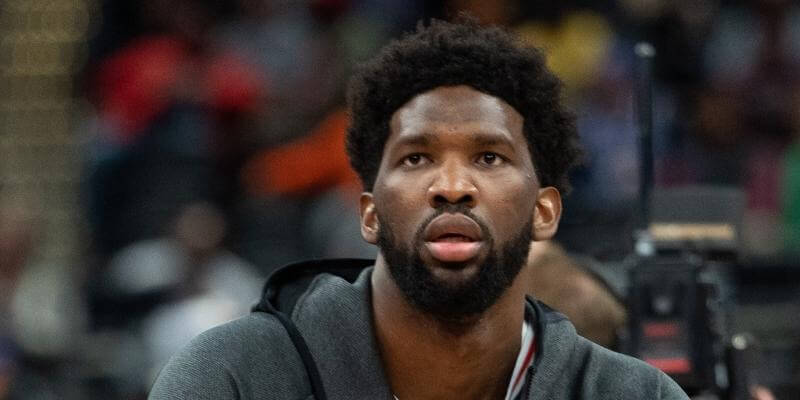 Money, while not everything, is a big perk of playing in the NBA. Every single athlete in the league gets a solid contract, with the best of the best netting truly impressive endorsements, extensions, or signing bonuses.

To get a better idea of what superstars make, this article will look at what Joel Embiid has earned during his career. It will do that by breaking down the total money he’s gotten both on and off the court, as well as any extra investments he might have made.

Embiid is still rather young for an NBA superstar, especially given everything he’s managed to do during his years in the league. Even so, the seven foot center has an impressive net worth of $35 million that he continues to grow each and every season.

Most of that comes from his recent signings, but he’s also managed to put together a good number of endorsements too.

He’s one of the highest paid and highest profile players in the league. Such fame always comes with monetary perks.

The bigger a player is, the more money they take in from their organization. Embiid does have a good amount of external deals, but a lot of his wealth is a direct result of contracts. That’s because he hasn’t been in the league that long when compared to other superstars.

His first signings started out on the smaller side. He was injured a lot when he came into the league and, despite showing flashes of greatness, the Sixers didn’t want to pull the trigger. That changed in 2017, when they offered him a five-year extension worth up to $147 million.

From there, he went ahead and signed another supermax extension in 2021. That deal, which was worth $196 million, made him the third highest paid center in the NBA.

His new contract kicks in before the 2023-2024 season, which is why it hasn’t directly raised his net worth.

As big as his recent contracts were, Embiid also grew a lot of his wealth through endorsements. While the numbers from his deals were not released, it’s estimated that he’s already brought in somewhere between $6 and $10 million from the different signings. There’s more on the way.

He’s an official partner of Amazon, Hulu, EA, Mountain Dew, Fanatics, and more. Not all of those big contracts are worth millions, but together they add up. The Mountain Dew one has proved to be especially useful to Embiid’s bank account.

However, the signing that affected Embiid’s net worth the most was Under Armour. The apparel company brought him on through a five year deal (2018-2023) that also gave him the rights to a signature shoe. That greatly inflated his income and helped him move to the next level.

When it comes to personal expenses, Embiid does not live an incredibly lavish lifestyle. Many superstars go all out, but he generally lives within his means. He owns a $2.1 million apartment in Philadelphia, and he bought a new house for his parents in Cameroon.

There’s no doubt he plans to expand on his dwelling situation as his family expands, but for right now he doesn’t seem interested in getting another place.

While he did not have a driver’s license until 2017, Embiid does like nicer cars. He’s not a true collector like some other players, but he does own a new Range Rover that he got with money from the contract extension. Besides that, he’s not particularly flashy or over the top.

On top of that, he’s also done a good amount of charity work. While not related to growing his net worth, his donations have caused it to dip a bit. He gave 500,000 to a coronavirus relief endeavor, as well as provided a six figure donation for antibody tests for healthcare workers.

On top of that, he’s put together 100,000 to fight homelessness in Philadelphia. He supports numerous shelters including Sunday Breakfast Mission, Youth Service Inc., and Project Home. He plans to continue that work in the coming years.

Joel Embiid is not incredibly rich compared to the top of the NBA, but he has a ton of money compared to everyone else. The center does a good job of saving, and he knows how to stay relatively low profile with his personal purchases. He lives a good life, but not a truly lavish one.

He’s a superstar player who earns superstar money. His net worth could be much higher, especially when looking at other top athletes, but it will take some time to grow. If he keeps up his high level of play, there’s sure to be other contracts/deals in his near future.