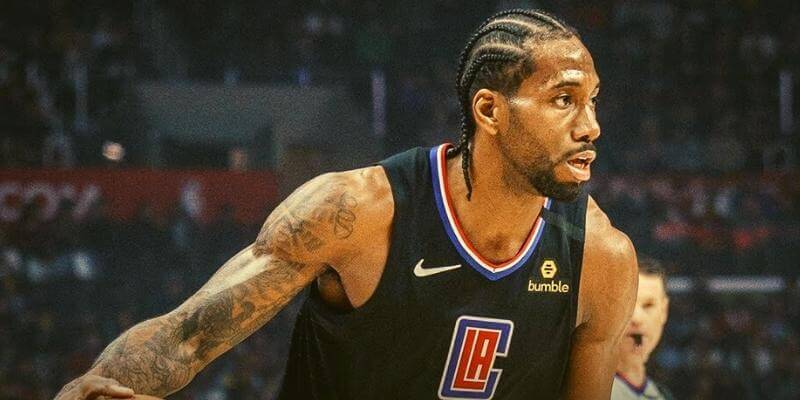 NBA players are all large, but how they’re large differs from athlete to athlete. Some are extremely tall, some are hefty, and some have long arms. Every dimension matters when evaluating talent, but that goes double for height and wingspan.

The following article analyzes Kawhi Leonard’s different measurements in relation to the way he plays the game. That analysis will reveal how much height and wingspan matter to any NBA player, and show just how well the small forward stacks up against the league.

Bigger, and Faster, Than Most

His size, speed, and strength created a unique combination that few players could match. He wasn’t a high-profile player going into college, but as he played at San Diego State it quickly became clear few players had his speed or reach packed into such a quick frame.

Everyone in the NBA is athletic. Even so, Leonard has always been on a different level. He had the ability to fly through the lane, easily grip the ball, and match up well against both bigger and smaller opponents. Almost all of that has to do with his dimensions.

There are three main dimensions that NBA organizations look at when studying player athleticism: height, weight, and wingspan. For Kawhi, he excels in every single one.

Leonard stands at 6’7. That’s not tall compared to big men, but it’s a solid size for most outside players. That’s especially true considering his 225 pound body. He’s right around average for most small forwards, but his weight gives him extra power that others lack.

Both of those aspects have greatly helped the superstar during his career. He’s a great scorer, but has always been an exceptional defender first and foremost. He can take on guards, and does a great job when sizing up big men too.

Both of those are the result of Leonard’s frame. He has a lot of raw athleticism, but that wouldn’t be as useful if he didn’t have the size to back it up. Staying in front of NBA players can be difficult. A little extra weight prevents that from happening.

Leonard is a large player with a lot of power. However, what truly sets him apart is his wingspan. His arms reach out to a full 7’3. That puts them six inches longer than his height (making him in the 1 percent of all players) and gives him the same amount of length as Giannis.

It’s not just that his arms are incredibly long, it’s that they’re incredibly long on a player with so many other talents. If Leonard was a forward or center, his arm length wouldn’t matter as much. As he’s normally facing against points and guards, it gives him a crazy edge.

Most people with Leonard’s size can’t match up against smaller defenders. They’re simply too slow. Leonard’s arms allow him to easily deflect passes, contest shots, or conduct chase down blocks without any issue. That helps bridge that gap.

All NBA players have special physical attributes. Leonard’s height isn’t anything special, but in combination with his wingspan it helps him dominate on both ends of the court. All it takes is one truly unique aspect for a player to outshine (and outscore) their competition.