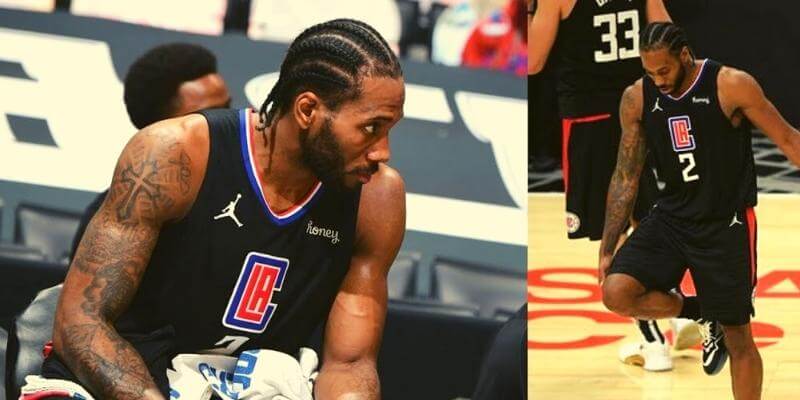 Every professional athlete, regardless of star power or skill level, has to avoid injuries. It doesn’t matter how much skill someone has, they can’t help out their team if they’re sitting on the bench. That’s true of unproven rookies, and it’s true of Kawhi Leonard.

In this guide, I will study the superstar’s injury history in order to show, despite his unquestionable talent and successful career, why he hasn’t done more with his time in the league.

Today’s NBA is a much different game than it was ten years ago. The offensive sets look different, there’s more of a focus on threes, and health is emphasized more than ever before. Where players used to try to overcome injury through will, they now aren’t afraid to sit.

At the same time, the league has also gotten much, much more athletic. Games tend to be more fast paced, with many of the highest-impact rookies combining speed, size, and power in a large package.

That combination means, while injury prevention is better, they do happen a good amount. Many superstars have suffered from issues over the past five or so years. Though most have bounced back without problems, it’s something teams constantly have to think about.

Kawhi is a perfect example of that duality, and shows signing a star always comes with risks.

Leonard is one of the best small forwards to ever play in the NBA. He’s an incredibly versatile player who, thanks to his unique combination of speed and strength, is able to play at a high level on both offense and defense. However, he’s also had a lot of injury problems in his time.

He’s never been a full time workhorse who plays night in and night out. He came into the league with the Spurs, an organization that has always believed in rest, and took time off as he needed.

As a result, he always missed roughly ten to twenty games during his early years in the NBA. In fact, despite being mostly healthy, he only played more than seventy regular season games twice during his first six years in the league (2011-2016).

He had a few nagging injuries during that time, but didn’t suffer anything major. Most of his rest games were the Spurs playing it safe more than anything else. He played in all of the more important contests, and didn’t see any real issues until the following year.

Leonard’s first big injury came during the playoffs of the 2016-2017 season during game 1 of the Western Conference Finals. After taking a deep shot, he came down on Zaza Pachulia’s foot and rolled his ankle. That took him out for the rest of the series.

While his ankle injury went on to heal, the rest of his body did not. 2017 was an extremely rough year for the small forward. He went on to miss almost every single game of that season as the result of a quadricep injury that simply wouldn’t heal.

He bounced back the following year. After sitting out so much with the Spurs in 2017, he led the Raptors to their first-ever NBA title the following season. He then went to the Clippers, where he played in 57 games in 2019.

Things were looking up for Leonard, but that didn’t last. While the 2020-2021 regular season went off without a hitch, Joe Ingles fouled Leonard in the second round of the playoffs and injured the star’s knee. He went out of the game, and ultimately missed the postseason.

While the Clippers thought the injury was minor, it soon came out that he has a partial ACL tear in his right knee. He underwent surgery, and then had to sit out for the entirety of the 2021-2022 season. He’s still in recovery, and has not been back since.

The Clippers are hoping he’ll return with a vengeance, but there’s no telling how his body will respond. Recent advances in medicine show a lot of promise. Even so, Kawhi has shown to be injury prone as well. It’s anyone’s guess as of right now.

Kawhi Leonard had a strong start, but his injuries have kept him from truly reaching his full potential. He’s a future hall of famer with multiple rings under his belt, but his time with the Clippers has been mired in issues that he hasn’t been able to overcome.

There’s still a chance that Leonard bounces back. Nobody knows how he’s going to recover from his recent ACL issues, but there’s a chance he comes back stronger than ever. If he does, the league might want to watch out.