What Position Does Kawhi Leonard Play? 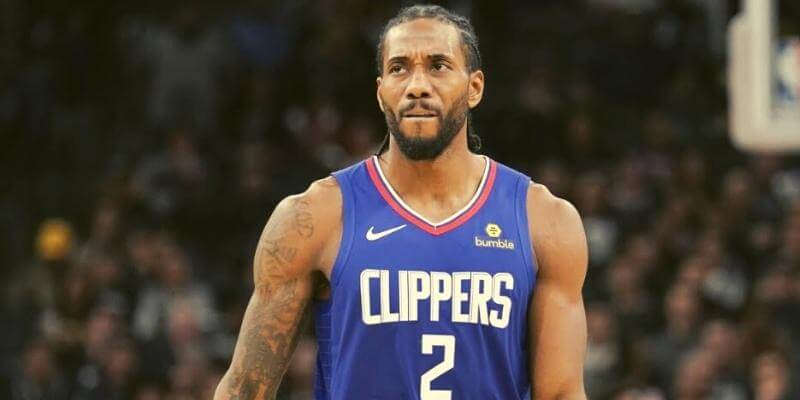 Once a league of strong, set positions, the NBA is not as straightforward as it was in the past. Where all players once had a strict role, superstars have only gotten more versatile over the past few decades. However, there are still a few exceptions (like Kawhi Leonard) still out there.

This guide will look at the guard’s position and show how he plays it differently than similar athletes. That will reveal what gifts today’s superstars need in the NBA, and show how his unique build enabled him to rise above the pack.

A Mix of Things

In today’s NBA, most high-profile stars can play multiple positions. There’s been a huge emphasis on hybrid players over the last few years, and they’ve only gotten more and more versatile with time.

For most of the league’s history, big men had the advantage of size and the disadvantage of not being able to shoot or dribble. In contrast, outside players could shoot and drive, but they never had the size to assert themselves on defense or in the paint.

Now, guards are larger while big men are quicker and much more agile. That leads to many stars playing several positions. Leonard, despite his athleticism, does not fall into that trend. Rather, his natural talents allow him to play his position in a unique way.

A Man of Two Roles

Kawhi, due to his 6’7 frame, is mostly a small forward who plays the shooting guard position from time to time. That makes him a strong wing who has enough quickness to take smaller players off the dribble should the need arise.

He doesn’t have an exceptional amount of versatility in the way he plays the game, but he undoubtedly embodies his role without any hesitation. Where many athletes have tried to cover multiple bases, he’s just improved at being able to score.

Leonard is not someone like Luka Doncic or Giannis Antetokounmpo in that he has a lot of different options on offense. When attacking the basket, he’s a pure wing who utilizes triple threat. He can put the ball on the ground, or go up for a deep shot when needed.

Leonard might be a true small forward on offense, but what makes him so special is his versatility on the defensive end. Most games he lines up against the same person guarding him, but his long reach, tough weight, and pure speed allow him to change up too.

Unlike most NBA players, Leonard can guard a different position every night. He has the quickness and length to match up against shifty guards, but his 7’3 wingspan and tall height give him the ability to shut down power forwards or large wings too.

In fact, he’s one of the few players in the league with the ability to guard the opposing team’s best player regardless of their position. That allowed him to be one of the best defenders of all time and is the primary reason he earned two Defensive Player of the Year awards.

Kawhi Leonard is a one-of-a-kind player. He has a ton of strength and speed, which he uses to be a force on both ends of the court. However, rather than trying to use those attributes to become more versatile, he sharpens them into a one-note blade.

He’s never been someone who constantly moves around on offense, but he’s one of the few players who can do that on defense. Offensively, he’s a small forward. However, he can shut down just about anyone, big or small, on the other end.