What is Kevin Durant’s Net Worth? 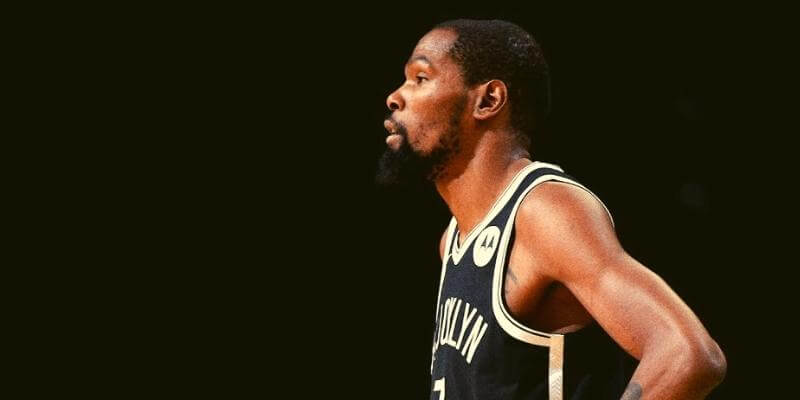 Great NBA players typically have extremely large paychecks. That’s always been true, but as the league grew over the past few years, so did the salaries. Most good players earn an impressive wage, but the top of the top truly rake it in. Durant is one such athlete.

The following sections break down the Nets shooting guard’s net worth and explore the different ways he amassed his wealth over the years.

For most players, a few million is a dream. Even the best superstars have a net worth that sits somewhere between $50 and $100 million. However, Durant goes far beyond even that mark with one of the most impressive net worths in the entire league at $200 million.

It’s almost impossible to reach such heights based on contract alone. Durant has had an incredibly impressive career, both on and off the court. His big deals allowed him to solidify his wealth, but his endorsements were what truly pushed him over the edge.

A Lifetime of Deals

Durant started out hot. The second pick of the draft back in 2007, he exploded onto the league and instantly became one of the most talented players in the NBA. With that, came his first contract worth $8.65 million over two years.

That deal is much higher than most rookie signings, but for Durant it was simply a hint of things to come. The Sonics (who would become the Thunder) knew they had an incredibly special player on their hands and wanted to lock him down for the foreseeable future.

Durant played extremely well in the following years, pushing the Thunder to incredible new heights. That then earned him a five-year $66 million deal. That might not be a ton compared to what players make today, but it was a solid chunk of change at the time.

He rode that contract for nearly his entire career with Oklahoma City before eventually deciding to move on when he went to Golden State. The Warriors paid him out a whopping $53 million extension that lasted for just two seasons.

Even so, it wasn’t until going to his next team that he hit it big. Durant signed his first supermax deal with the Nets, a huge four year contract worth $164 million. That helped rapidly expand his wealth and pushed him into truly untouchable territory.

As noted above, Durant only has one huge deal to his name. He’s been in the league a while, which helped him grow his money, but he’s been able to generate so much income through his wide range of endorsement deals and company contracts.

As with most big players, his first money came from a sneaker deal. Durant unsurprisingly went with Nike. The titan of the industry put a ton of money on the table, locking down the all-star for 10 years and $300 million. There was a $50 million retirement package too.

That signing was far beyond anything Durant in the league, and shows just how much top athletes can pull in front external contracts that go beyond basketball.

Durant didn’t just stop there either. Rather than settling for one gigantic deal, he spread out his various endorsements and created a network that brings him in a few extra million dollars each season. That paid off greatly, especially because of how long he’s been in the league.

That’s more deals than most pro athletes will ever get, and shows he’s not someone who’s interested in turning down an endorsement. Doing that has paid off greatly, and is a big reason why he’s worth so much more than other top NBA players.

Durant could have rested on his endorsement deals and various contracts, but he didn’t just stop there. Rather than settle, he further grew his wealth through smart investing and solid business ventures.

The tall shooting guard put money into over 80 companies, including Thirty Five Ventures, OpenSea, Future, as well as SeatGeek’s SPAC merger. He’s behind the media brand Boardroom too. Diversifying that much ensures he always succeeds when he needs to.

Durant is one of the wealthiest players, not just in today’s league, but to ever step on an NBA court. Few players reach the $100 million mark, and even less are able to get to $200 million. Durant managed to do that through a combination of smart endorsements and high level play.