Kevin Durant Tattoos and Their Meaning 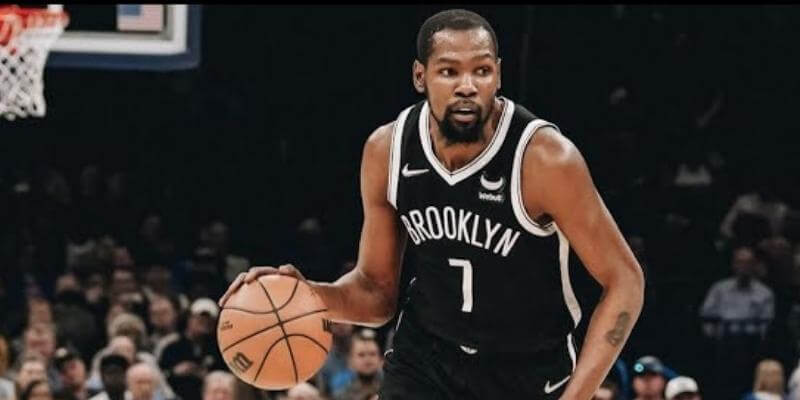 For NBA players, tattoos can be quite important. Body art isn’t just a fun form of expression, it often has a deeper meaning that connects to their personal life in some way. That’s not true of every player, but it’s certainly real for Kevin Durant.

In this guide, I will break down the Nets superstars’ various tattoos by looking at what they are and what they mean. Both will show how he plays the game and reveal more about him as a person.

1. The Dove and Barbara

One of Durant’s biggest tattoos is a massive piece on his left pec that depicts a dove and his grandmother’s name, Barbara. He was extremely close to his grandma, and the image shows the bond they shared.

Another nod to his family, Durant has a tattoo of a rose on his right chest with his mother’s name (Wanda). That references, not just the bond the two share, but love, promise, and hope as well.

Durant hails from the D.C. area. That’s why he has “Maryland” tattooed across his shoulder blades. He played for two high schools in the state, and the ink is a nod back to his roots.

While Durant loves his tattoos, he’s admitted the two on his left stomach are his least favorite. He has a hut, referencing the house he grew up in, as well as the area code (301) next to it.

Durant has another nod to his hometown right above his navel. It’s a small curly W, which is the symbol of the Washington Nationals. That’s the baseball team from his home city of Washington D.C.

One of Durant’s smaller tattoos is a small italicized “R” on his right wrist. It’s his only visible ink when he’s in a jersey, but it’s currently unclear what it means to the sharpshooter.

Durant has ink across his entire back, and it’s dominated by an angel holding a basketball. Those images are a nod to his faith, as well as the game he loves so much. He also has the number 35, which is what he wore with the Thunder and Warriors.

Durant is extremely devout. He shows his love of God and his faith through his lower back tattoo, which is a verse that comes from James 1:2-4.

Another religious image, Durant has Jesus Christ on his left rib. That space is supposed to be one of the most painful on the body, and the place is symbolic in Christianity.

Continuing with the religious theme, Durant has a Cross on his lower right stomach along with a Proverbs 15:33. It reads, the fear of the Lord teaches a man wisdom and humility comes before honor”

That’s then backed up by his favorite quote from 2 Corinthians 5:7, another one of Durant’s favorite verses. It reads “Walk by faith, not by sight.”

Durant loves speaking his mind and standing up for what he believes is right. That’s why he has an image of the singer Rick James, another outspoken figure, on his left thigh.

Durant has two large tattoos on his lower legs. He has a lion, representing his power and determination, on his right, as well as a large image of his idol, Tupac Shakur, on his left.

Most NBA players literally wear their tattoos on their sleeve. Durant chooses to keep his hidden. So hidden, in fact, that most fans don’t even know he has any ink on his body at all. However, he has quite a few tattoos on his body, and they all mean something special to the star.