How Tall is Klay Thompson? 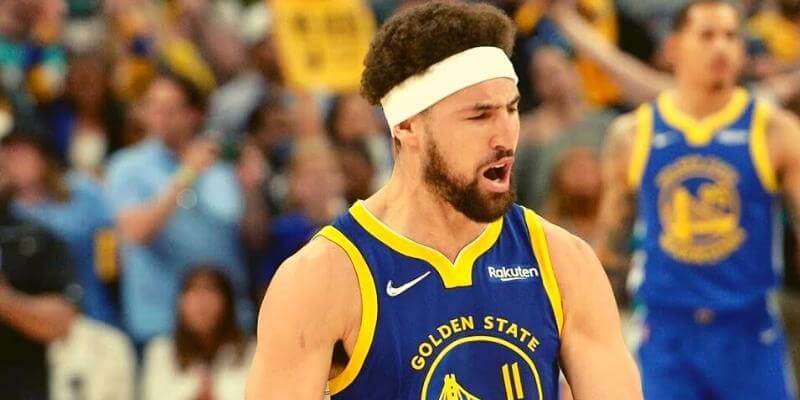 In the NBA, bigger tends to be better. Larger players have a distinct advantage both in the paint and around the rim, and height helps with outside shooting as well. That combination is why it’s so useful for guards to have a few extra inches on their competition.

There are several larger shooters in the league, but few are as well known as Klay Thompson, who is 6’6 (198 cm) in height.

In this guide, I will look at his height to show how it compares to the rest of the NBA, how he uses it so effectively, and why it’s instrumental to the way he plays the game.

A Cut Above the Rest

Today, guards are bigger than they’ve ever been. Point guards have all gotten a few inches taller with time, and the same is true of shooting guards. In fact, the league average height for both positions is 6’3 and 6’5 respectively.

Despite that recent trend, and despite the recent increase, Thompson is still above the competition due to his 6’6 frame. He’s far from the tallest shooting guard around, but that puts him over many other popular players including Devin Booker and James Harden.

A single inch doesn’t sound like a lot, but in the NBA it matters. Basketball is a game of inches, and being able to reach over someone for a key rebound or block a shot that normally wouldn’t be contested is often the difference between making a key play and just falling short.

Thompson is one of the best shooting guards to ever play the game. Part of that is due to his ability to get open and make the right play at the right time, and part of that is being able to go up over his defender. He has his height to thank for that.

However, it’s not just his height, but his entire frame. No matter how you slice, Thompson’s a large guard. Being able to muscle up opposing players on both sides of the court has enabled him to do a lot, and given him the ability to create plays where others would stop.

A lot of that is the result of his above average weight. Sheer size goes a long way on an NBA court, and Thompson’s 220-pound frame is much sturdier than just about all other shooting guards. His 6’9 wingspan is longer than the league average as well.

Both of those measurements, when compared against Thompson’s height, show just how much bigger, wider, and stronger he is than most players he goes up against. It’s not just that he’s quick or intelligent, it’s that he has those traits backed by an impressive body size.

Thompson is one of the best shooters of all time, but he’s also known as a great defender. The Warriors guard has matched up against some of the best NBA shooters during his time in the league, and has held normally amazing scorers to mediocre performances.

That’s another critical part of his game, and one that’s largely due to his size. Being longer and taller are both extremely useful on the defensive end of the floor. If he was a smaller guard, it might not affect his shooting, but his lockdown defense would surely suffer.

Thompson is one of the best shooting guards of all time. Part of that is because he’s played his entire career with Stephen Curry, and part of that is how he manages to pack so much agility, speed, and quickness into a rather large frame.

That inherent athleticism doesn’t just make him a better offensive threat, it also allows him to play great defense. While his 6’6 frame is not the sole reason he’s been so great on both ends of the court, it’s certainly helped him become the future hall of famer he is today.