How Many Rings Does Klay Thompson Have? 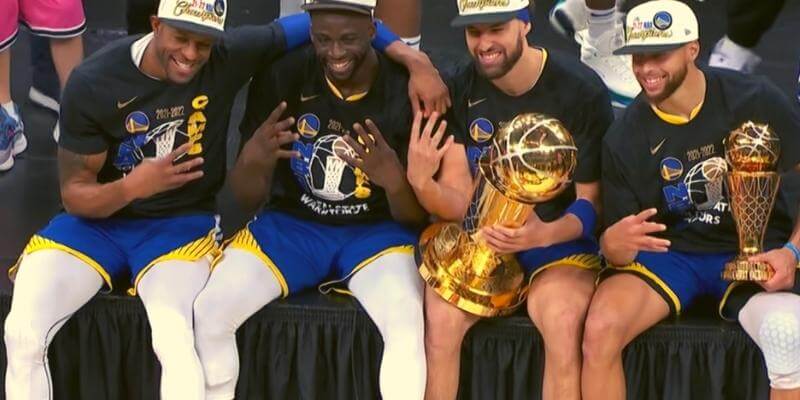 The NBA is a league of rings. While it takes a lot of work to get to the top of the mountain, doing it just once is almost never enough. In order for a player to cement themselves as one of the greats, they have to do it a few times.

This guide analyzes his championship runs to reflect on his legacy, show how he fit into each team, as well as reveal the importance rings play for all top athletes.

The reason the NBA puts such a high emphasis on rings is that it’s a league centered around legacy. In football and baseball, getting one championship is enough to cement someone as an all-time great. In the NBA, players typically need more.

Winning a ring is always a big deal, especially for long-time players who spend more than a decade trying to win it all. Even so, if an athlete wants to be in the conversation of the best of the best, they need to have a run. Luckily for Thompson, he’s one such player.

Thompson is one of the best shooters to ever step on an NBA floor. He helped revive the Warriors alongside Stephen Curry, Kevin Durant, and Draymond Green, and brought the Bay Area a championship for the first time since the 70’s.

His incredible run netted him three championships. Not only did that put him ahead of many current superstars, but it placed him among elite company. There are quite a few players with one or two championships. Getting a third is much, much more difficult.

Thompson earned his rings during the 2015, 2017, and 2018 seasons. The first he got with just Curry and Draymond, while the other two came after Durant joined their squad. All three were clean runs, and they rightfully put Thompson into the annals of basketball history.

Almost every decade is dominated by a single team. As such, it’s not easy for other organizations to win a championship. Even if one does sneak in, such as the 2010 Mavericks or 2003 Pistons, they usually have a small window.

That one or two year cut-off is what makes getting a third ring so tricky. Some teams can take the trophy home during an off year or a hot two-year stretch, but eventually another super team or big franchise takes over.

Out of all players, Bill Russell has the most rings with 11. From there, one player (Sam Jones) has 10, four players have 8, three have 7, four have 6, fourteen have 5, and 27 have four. A staggering 41 have three rings.

That may seem like a lot, but it’s not that much considering how many people have played throughout NBA history. In addition, Thompson wasn’t a role player. He was an instrumental starter. That makes his legacy even more impressive.

After Golden State Warriors won the 6th game against Boston Celtics by 4-2, Klay also got his 4th title.

When it comes to rings, Klay Thompson is in elite territory. The guard has many great accolades to his name, but being a key part of three different championship teams is perhaps the most impressive.

His shooting and incredible defense put him above most guards. However, they would not mean as much without the rings to back them up. Those give Thompson an extra edge many similar guards lack.