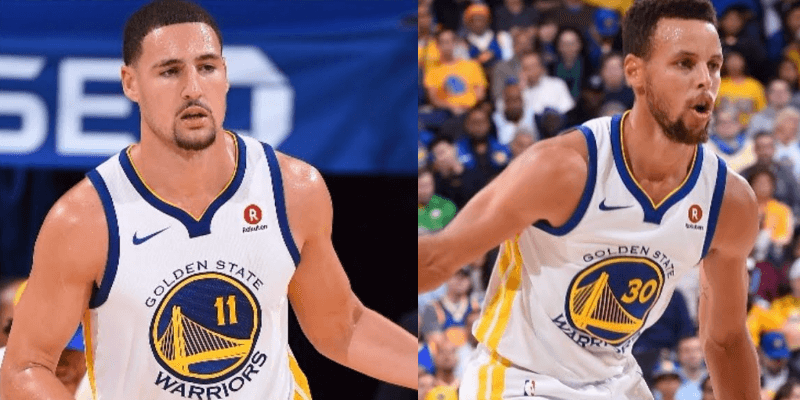 The Golden State Warriors have been the gold standard in the NBA for the last five years. In that short time, they have played in the NBA Finals for five straight years, winning the NBA title three times in that span.

Their team has everything that you would want in an NBA organization if you are a fan: great coach, unselfish players, fun offense, great home crowd, and anywhere between three and four superstars on the team at a given time.

Two of those superstars, Klay Thompson and Stephen Curry, have created one of the most explosive backcourts in NBA history, and are two staples of the Warrior’s championship run. Several NBA coaches, players, Hall of Famers, and media members have gone as far as to call them the greatest shooting backcourt in NBA history. We will take a look at the numbers later and I can attest that those people are not far off in their “best shooting backcourt ever” claim.

Klay and Steph together make for great teammates, and give their team a chance to win every season simply based on their gameplay. They were dubbed the “Splash Brothers” when they first broke into the league and began wreaking havoc on the NBA.

The Splash Brothers nickname pays homage to the Oakland Athletic’s dynamic duo, the “Smash Brothers” – Mark Maguire and Jose Canseco – from the 1980’s. They make not only their teammates better, but themselves as well. But which one is the more important player to their team. And which one is better overall.

Both Curry and Klay finished first and second in the league respectively for most three pointers made during the 2013-14 season. One year later they each broke their record from the previous season with Curry dropping 286 total threes to Klay’s second place worthy 239 makes from beyond the arc.

While Curry is more the face of the franchise for Golden State, Klay has had some “wow” moments that have outshined even the best Steph performances. In 2018, on the eve of Halloween, Thompson set the single game record for most threes hit with fourteen against the Chicago Bulls. One basketball moment that I will never forget was when Klay scored thirty seven (thirty seven!) points in a quarter in 2015.

But ultimately, Curry has always averaged more points than Klay because of the role each of them plays on this particular Warriors team during their stellar five-year run. People have often wondered what Klay’s stats would look like if he were on a different team. But for now, this team is Steph’s and the offense will go through him for the bulk of the possessions.

This is actually the area of both of their games where we can say Klay Thompson is head and shoulders better than Steph.

Klay has earned a reputation as one of the premier lockdown wing defenders in the league. During those five NBA Finals appearances by the Warriors in the past five years, Klay is either option 1 or 2 (behind Andre Igoudala) to locking up the other team’s best player. In the first four years of their title run, that was only the greatest player in the game today, LeBron James. The other year it was probably the “next” best player in the game, Kawhi Leonard.

Curry would never guard players of this caliber in a big game. A lot of times he doesn’t cover the other team’s point guard if they are their first offensive option, often deferring to Klay in these situations as well. Just ask Russell Westbrook or James Harden, two ball dominant guards that Curry usually shy’s away from on the defensive end.

This is such a tough decision, and I hate to even say it, due to my unbelievable respect for Klay Thompson, but if I were an NBA General Manager that was starting a team and had to choose between these two stars, I would have to pick Steph Curry.

His leadership and star power outweigh his glaring weaknesses on the defensive side of the ball. On paper, he is consistently a better scorer than Thompson and he is a great, often underrated, passer and playmaker.

I would never be unhappy with Klay Thompson on my team, but if I have to choose one or the other, Steph is the one I will ride with.

So who you got in this argument? Steph or Klay? Let us know in the comments!!