What Is Kobe Bryant’s Height? 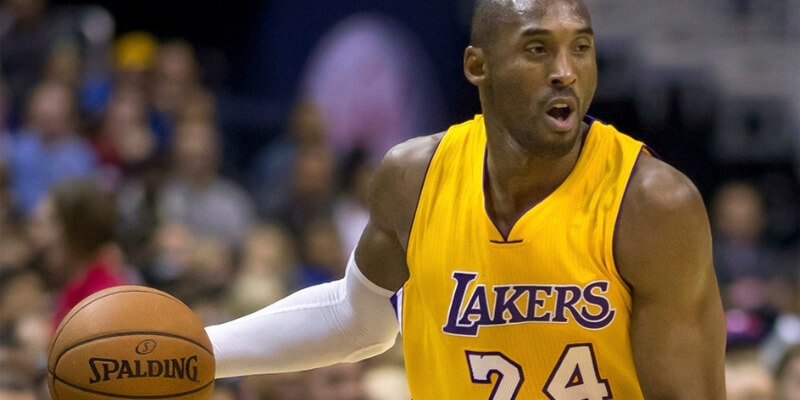 When Kobe Bryant entered the NBA, many began comparing him to the GOAT, Michael Jordan. While that was probably unfair to an 18-year old, there were many reasons for the hype. First, Kobe openly admitted to modeling his game after MJ. He was cocky, could jump out of the gym, and wasn’t afraid of big game moments like taking the final shot. Second, he looked like Jordan. The way he walked, his bald head, and even his height were very similar to “His Airness.”

Kobe Bryant, just like MJ, was listed as 6’6” during his career. But was that listed height wrong? This article will break down Kobe’s true measurement and discuss its impact on his NBA legacy. But first, here’s a refresher of the Black Mamba’s career to those who may have missed it.

Bryant was recently inducted into the Basketball Hall of Fame, and the decision was a slam dunk for the voters. His 20-year career is as close to unmatchable as they come. He is a five-time NBA champion, is currently fourth in points overall in NBA history, and is ranked 14th in total career games played with 1,346. Kobe skipped college to enter the NBA after a successful high school career, giving him more longevity than many players have experienced.

His first few years included some growing pains. Kobe used those lessons, though, to become one of the most dangerous scorers in the league. His championship success started when he teamed with superstar Shaquille O’Neal and super coach Phil Jackson. After the Lakers 2000-02 three-peat, Kobe won two more rings in 2009 and 2010, cementing his pantheon status in the league.

Kobe’s life was cut short after a freak helicopter accident killed him and his daughter Gianna in early 2020. Kobe’s wife, Vanessa, gave a moving speech at Kobe’s Hall of Fame ceremony and has done an amazing job continuing his legacy for young fans.

For most of Kobe’s NBA career, people in NBA circles always stated his 6’6” frame as fact. It wasn’t until the past four or five years that that number has now come into question.

Who broke the story? None other than Kobe’s wife, Vanessa.

She didn’t believe he was 6’6”; she had to get to the bottom of it herself. So she did what anyone would and got out the measuring tape. What she discovered was that Kobe was actually 6’4 ¾” barefoot and 6’6” with sneakers on.

Kobe even dispelled the height myth in a New York Times article where he was quoted as saying, “everyone thinks I’m 6’7”. But just between you and me, I am really 6’4”.”

Mamba’s reasoning behind never changing the height mistake? He’s 6’6” in sneakers, and you don’t play basketball barefoot. That makes total sense to me. Now I wonder—when athletes measure themselves, are they using their sneakers-on measurements or sneakers-off? While most metrics, like height and weight, are done with as little clothing and footwear as possible, why don’t they consider their actual in-game numbers?

Unless they want to change the league around and have players wear uniformed boxer briefs and play the game barefoot, they should use heights of players with sneakers on.

Would such a change make signature shoe manufacturers add inches to players’ overall height? Are a couple inches not that big a deal to the world’s best and brightest talents? We may never know.

Bleacher Report had an interesting read way back in 2011 where they ranked the best players at their respective heights. In the piece, they had Kobe as the best current 6’6” player and Jordan as the best ever at that height. This makes perfect sense in the context of the piece. Kobe was in his 15th season and had just won back-to-back titles in 2009 and 2010. And Jordan is Jordan—he’s the GOAT no matter his height.

In the piece, Bleacher Report had Dwyane Wade as the greatest 6’4” player ever and in the league in 2011. Now that Kobe’s actual height has been revealed, does this list change? Let’s compare Kobe and Wade’s 2011 seasons to make that call:

The stats are almost identical, with Wade edging Kobe out in everything but assists. Although it is important to remember the context of the seasons in NBA history, the margins are all razor-thin. Kobe’s Lakers had just come off of repeat championships, and Kobe was 15 years into the league.

Dwyane Wade was in the middle of the Miami Heat “Big 3” experiment with LeBron James and Chris Bosh. He was in only his 8th season, younger in his career than the Black Mamba, and he had the ball more than Kobe.

In the end, I would agree with Bleacher Report in giving Wade the best 6’4” player for the 2011 season. I would, however, give Kobe the nod for greatest 6’4” player had the measurements been different during his career. Either way, it’s intriguing to look at Kobe’s career at 6’4” instead of 6’6”.

Whether you consider Kobe to be 6’4 ¾” or 6’6” (in sneakers), the results of his career are undeniable. He is one of the 20 greatest NBA players and is a winner in every metric. The Vanessa Bryant story of measuring her husband and revealing his real height is just another fascinating story in the legacy of Kobe Bryant and actually bolsters his stats.

We all thought Kobe was hitting tough shots and performing highlight-reel dunks with a 6’6” frame. Now, our heads have to wrap around the idea that Kobe may have been shorter than we thought when he did things like this. One of the GOATS of his generation, Kobe will always be the Black Mamba no matter how tall he was.

Did you know Kobe was only 6’4 ¾”?? Does that make you look at the Mamba’s career differently? Let us know in the comments section below!