How Many Rings Does Kobe Have 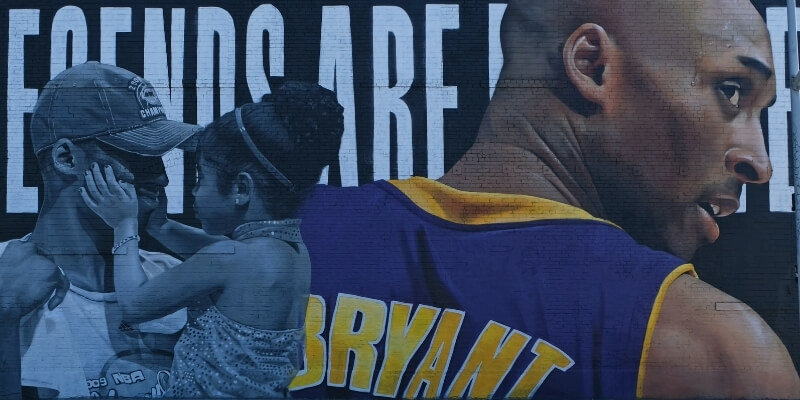 Before the tragic helicopter accident that took Kobe Bryant’s life, he had built a reputation for competitiveness, skill, and desire to succeed.

He won at all costs, and while he wasn’t always the easiest person to play with, he succeeded at a substantial rate. But how often did his winning ways translate to NBA titles?

This article will break down Kobe Bryant’s success and answer the question many want to know: How many rings does Kobe Bryant have?

Kobe “only” won one MVP award, but there are several years in which there is a legitimate argument for him. He finished in the top 3 for MVP voting four other years – 2003 & 2007-10, though off-the-court issues may have had an impact as well. He was also labeled a tough teammate to play with, and his infamous rivalry with Shaq—while they were teammates—may have hindered his success.

Aside from all of these variables, Kobe Bryant won 5 NBA Championships, tying him for fourteenth on the all-time list with Dennis Rodman, Tim Duncan, and Magic Johnson. We’ll cover each year Kobe captured a ring. But first, let’s look at one that may have slipped away.

The 2007-08 Lakers looked a lot different than the last time they won a championship. Shaq was traded to the Heat, and some of the trade pieces from that deal—namely Lamar Odom—had changed the team’s dynamic for the better. Kobe’s second act was primed to begin in the 2008 Finals with the addition of Odom and All-Star center Pau Gasol.

They met their bitter rivals, the Boston Celtics, in the Finals. The series didn’t disappoint. The Lakers ran through the West with relative ease heading into the Boston series, while the Celtics seemed almost destined to win in 2008.

Game 4 of the finals is the stuff of legend. After mounting a 24-point lead halfway through the second quarter, the Lakers, according to Kobe, “just wet the bed.” The Celtics made the biggest finals comeback in NBA history, muzzling the Mamba, winning 97-9, and later clinching the series.

Kobe would later get his vindication—but it was a long journey.

By 2000, the Shaq and Kobe Lakers were in year four of their experiment. The regular season was successful for the Lakers, especially for O’Neal, who won the regular-season MVP award. Kobe was still ascending to superstardom in 1999-2000 at the young age of 21. He averaged 22.5 PPG and captured a second-team All-NBA nod in the process.

The 2000 Playoffs weren’t easy for the Lakers, being pushed to two elimination games by the Kings (5 games as it was the 1st Round) and Trailblazers. Nonetheless, the Lakers took care of business and entered the Finals as favorites. Kobe’s alley-oop to Shaq during the Blazers’ series served as one of the most iconic moments in both of their careers.

While the 2000 Finals definitely belonged to Shaq, Kobe had some moments. He missed most of Game 2 and all of Game 3 due to an ankle injury but came back with a vengeance in Game 4, scoring 22 points in the 2nd Half to lead the Lakers to victory. Bryant also notched 26 points in the clinching Game 6 to earn his first-ever NBA title at just 21 years old.

The Lakers rolled through the regular season and playoffs in 2001, losing only one playoff game. Kobe notched his second straight second-team All-NBA award and had cemented his place as one of the young talents to watch across the league. He and Shaq both averaged 28 points per game. The Lakers finished tied for the second-best record in the league and had their sights on a repeat title.

It wouldn’t take long to see that the Lakers’ vision of another ring might be a foregone conclusion. The only game they lost in the playoffs was Game 1 of the NBA Finals. Kobe had an off night, scoring only 15 points, and the Sixers were led by league MVP Allen Iverson, who scored 48 points. After Game 1, however, the Sixers were completely overmatched by Kobe, Shaq, and the rest of the Lakers.

Kobe averaged 27 points and 9 rebounds over the next four games, and the Lakers won the title with relative ease. However, Kobe and Shaq had feuded throughout the season, which would rear its ugly head later.

By now, the posturing between Shaq and Kobe had seeped into the mainstream media. The Lakers had another successful regular season in 2001-02, finishing as the 2-seed before the playoffs. After disposing of the Suns in a sweep and the Spurs in 5 games, the Lakers ran into a young, hungry Sacramento Kings team.

The Kings pushed LA to the limit. After going up 3-2, the Kings looked poised to snatch history from the Lakers’ hands. Enter two of the most infamous games in NBA history. Fans will always argue that Game 6 and Game 7 of the 2002 Western Conference Finals were rigged. Countless YouTube videos earmark several calls the refs made that seemed to lean on the Lakers’ side.

Ultimately, the Lakers snuck past Sacramento to set up a matchup with the overmatched New Jersey Nets. The Nets never gained control of the series, and the Lakers swept them on the way to their three-peat.

After a near-miss in 2008, the Lakers were back in the Finals against the unlikely Orlando Magic. This team looked much different than their last title team, missing the big man in the middle after Shaq was traded to Miami in 2004. The new-look Lakers were attempting to help Kobe prove that he could win the title outside of Shaq’s shadow.

The first two series, against the Jazz and Rockets, went the distance, and the Denver Nuggets pushed the series to six games before falling. In a rather anti-climactic Finals, the Lakers handily defeated the Orlando Magic in five games. Kobe was stellar in the series, averaging 32 points, 5 rebounds, and 7 assists on his way to a Finals MVP nod.

Would the Lakers repeat after a taxing 2009 title? Kobe was entering his 14th season in the league, and many thought he may be past his prime. The Lakers handled their business in the regular season and entered the Playoffs as favorites to represent the West in the Finals. After a tough series with the Thunder, they swept the Jazz and squeaked by the Suns in 6.

This set them up for a rematch with the same Celtics team that bested them in 2008. The series was a classic. The Lakers went down 3-2, heading back to LA for must-win games. Kobe scored 26 points, then grabbed 11 rebounds in a Game 6 blowout to force Game 7. He was magnificent in Game 7, too, leading the way with 23 points, 15 rebounds, and the game-deciding assist to Ron Artest for the dagger three.

In hindsight, it seems silly that Kobe Bryant was criticized for his inability to win a title without Shaq. Ultimately, Kobe won titles in every stage of his career—young role player, star, superstar, and future Hall of Fame veteran. His winning legacy will live on in NBA history.

Which Lakers’ title with Kobe on the team do you remember most after all these years? Let us know below in the comments section!