How Tall is Kyrie Irving? 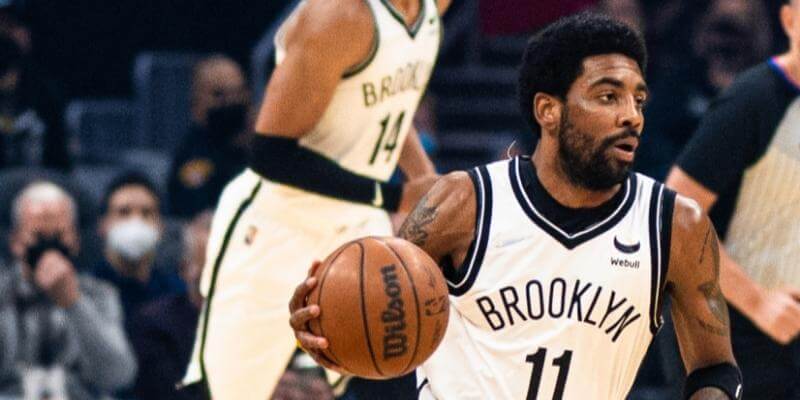 The NBA is a tall league that gets taller and taller each year. Players are bigger than they’ve ever been, and they’re also faster, stronger, and quicker than ever before. That’s especially true for point guards, who only go up in size with each passing season.

Still, there are a few guards who have excelled despite being a bit undersized. That includes Kyrie Irving, who is 6’2 (188 cm) in height and 6’4 (193 cm) in wingspan.

This article covers the guard’s dimensions and uses that information to show how the shifty player adapted his game to become one of the best players in the NBA.

Kyrie Irving is one of the most interesting professional point guards because he perfectly encapsulates two different eras. When he came into the league as the first overall pick back in 2011, he was about to enter the small-ball world. Now, things have shifted quite a bit.

The NBA went through a huge change over the past decade. Offenses became much more three-point focused, lineups got smaller, and point guards got much larger. It’s not just about playing at a faster pace, it’s about doing so with bigger and stronger players.

In that way, Irving found himself in a strange middle ground. He came into the league as a pure scorer who relied on his shifty dribbling and quick moves to get to the basket. Then, he became a strong three shooter and true triple threat. His dimensions allowed for that to happen.

Irving stands at 6’2, weighs 193 pounds, and has a 6’4 wingspan. Looking at those measurements, he’s a bit below average in height and wingspan, while remaining above average in weight. However, he was above average in all three when he entered the league.

That means Irving went from a pretty well-sized point guard to a much, much smaller one. That would be enough to end some guard’s careers, but he simply switched up the way he played.

Irving was the first overall pick because of his unmatched quickness and ability to drive. Most players he went up against were his size, and that enabled him to shift through or around them without much of an issue. As defenders got stronger and quicker, he adapted his outside shot.

Irving’s three point percentage and threes per game both went up with each passing season. He still drove well, but he didn’t need to get to the rim. He developed into a great deep threat. That ability to improve parts of his game is what separated him from lesser players.

Irving may have lost a bit of height and weight on the NBA as the years went on, but he never lost any quickness. He’s always had a lethal first step, and that’s what helped carry him to the next level. He simply shifted to what he did once he put the ball on the floor.

As mentioned, while his wingspan and height aren’t special, Irving is quite solid. His weight is bigger than most other point guards, which is incredibly important to the way he plays the game. His quickness is unrivaled, but that’s only part of what informs his play.

Getting to the rim or pulling up on a quick drive are great, but they’re nothing without the ability to reliably put the ball in the basket. Irving is a man of crazy finishes and moves that no one can guard. Both of those directly tie into his amazing body control.

Irving is not someone who looks particularly large, but being able to body up or run through an opposing defender is a big part of what makes him special. At first, he blew by people. When guards got larger, he managed to bump and grind with them.

It is easy to look at Kyrie’s height and think he’s just a small point guard, but he has a lot of power packed into his frame. Being able to shoulder a defender or keep someone on his back are two reasons he’s able to get to the rim so effectively.

Few guards have had to experience such a big shift as Kyrie Irving. He came into a set league that completely changed in a few short years. However, he didn’t flinch at all. Rather, he adapted perfectly and became one of the best point guards across the NBA.

Irving is not a terribly oversized player, but he’s not small either. He relies on his quick step, fast drive, as well as his inherent court IQ to get things done on the court. That’s how, a decade since he came into the league, he still manages to lead teams to the playoffs each season.