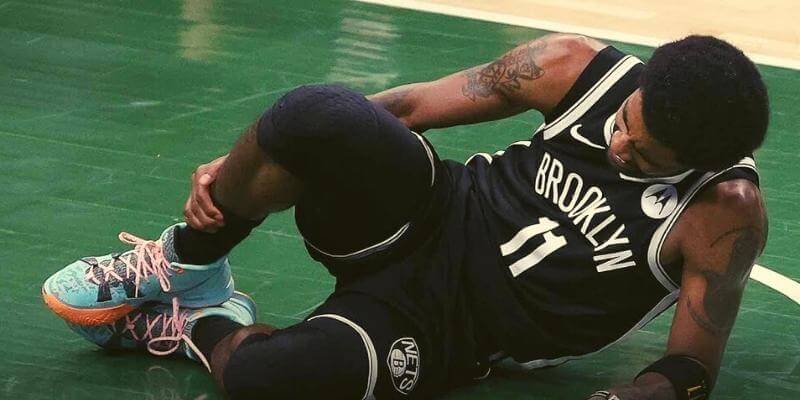 Every top athlete in every sport has to deal with or overcome injuries at one point or another. For some, that means taking some time off for rest or sitting out a few games. For others like Kyrie Irving, those ailments can build up and lead to missing long chunks of time.

This article analyzes the Nets point guard’s injury history by looking at all of the time he’s missed in his career and the various reasons for those gaps. That analyzes how tough it is to play in the NBA, and shows how someone can persevere in the face of multiple setbacks.

A lot of players get injured, but those who are especially injury prone typically can’t stay on the court long enough to build their career. Irving is an exception to that rule. He’s had a great run, and is still one of the league’s best guards despite always being injured.

In fact, he’s missed nearly 27 percent of his entire career due to injury. He’s never had a season where he’s missed less than 10 games. That’s more than most athletes, and it’s certainly way more than other superstars with a championship and multiple all-star games under their belt.

Unfortunately, Irving has always had a history of injuries. He’s never been able to stay healthy, which led him to missing games at just about every stage of his career. That greatly hindered his potential and kept him from reaching his potential in a lot of otherwise successful seasons.

Though many players begin to suffer problems after years of tough play in the NBA, Irving’s ailments started in his college career. He had toe problems early on, which kept him out of 26 games (22 regular season and 4 tournament) during his time at Duke.

After going first overall in the draft, his injuries didn’t get better. In fact, they only got worse. In 2012, Irving suffered a shoulder contusion causing him to miss 15 games during his rookie season.

From there, he sat out 11 games during his sophomore season due to a knee bruise and bicep injury, while a fractured finger in 2013 kept him out before a shoulder injury caused him to miss nine games.

Despite his early injuries, Irving bounced back relatively well in 2014 and 2015. He had a few arm and knee issues that kept him out 14 games and 15 games in the respective seasons. However, he didn’t have any huge issues and played extremely well.

The next season in 2016, the injury-bug came back to bite him. His knee, which had already been an issue for the point, bothered him to the point where he ended up missing 26 games. He still managed to win a championship, but it didn’t come without a cost.

Following that run, Irving only missed 10 games in 2017 before missing a total of 41 games the next year due to getting surgery on his bad knee.

He wouldn’t finish the season and underwent extensive rehab during the offseason to get back to form for the following year. He only missed 15 games (due to hip, knee, and thigh issues) throughout the 2019 season.

As with most athletes, Irving only got more issues as he got older. His 2020 campaign took a huge hit when a shoulder injury took away his ability to be physical and cost him a total of 56 games. That’s the most he ever missed during a single season.

While similar ailments came up again in 2021, injuries weren’t the only thing keeping him back at that time. Despite his back and finger issues, his refusal to meet the NBA’s health and safety protocols were a big source of contention as well.

The Nets, siding with the league, wouldn’t let him play for quite a few games for his reluctance to get the COVID-19 vaccine. They eventually relented, letting him join up, but his decision came back to bite him as the Nets just never got on the same page.

Kyrie Irving is a superstar. Even so, he’s never been able to stay ahead of his injuries. He has had multiple issues with various parts of his body. His knee, back, and shoulder are the worst, but everything (from his ankle to his finger) forced him to sit out at some point.

There’s no way to know what Irving’s future holds, or how his time with the Nets will pan out. No matter what happens, he needs to stay healthy. As long as he can do that, he’ll continue to show out and score big night after night.