What is Kyrie Irving’s Net Worth? 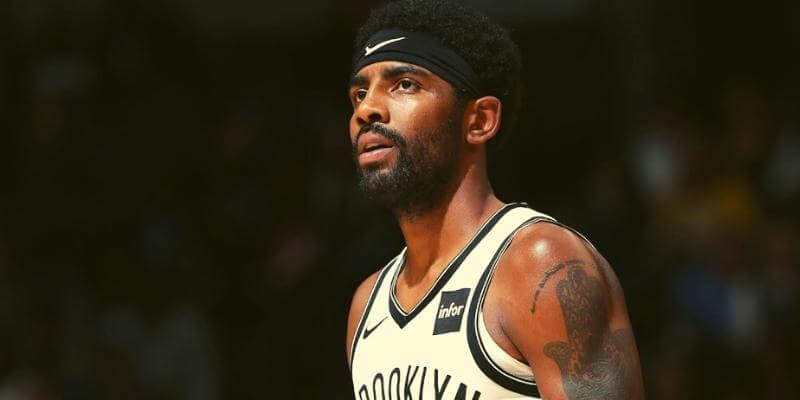 Every NBA player makes a solid amount of money, regardless of how much they play in regular games. However, there are a few players who earn quite a bit more than everyone else due to their skill, prestige, and off the court ventures.

To get a better look at that process, this guide analyzes Kyrie Irving’s net worth. The following sections break down how much he’s earned since he’s been in the league, and then covers the different way that worth grew over time.

Irving is one of the most successful basketball players of the last decade. Not only does he have a championship to his name, but he’s been a star player for several franchises during his time. That high level of play is reflected in his bank account.

The multi-time all star has a net worth of $90 million. Though he’s right below the $100 million mark that so many other long-time players managed to hit, that’s still an incredible amount of money. A lot of it comes from his contracts, but his deals pay out a lot too.

Irving exploded onto the league. Not only did he have a great start in the NBA, but he also played well enough in college to become the first overall pick in the draft. Still, he was a rookie. That meant there was only so much the Cavaliers were willing to pay him.

He first penned an $11 million deal that lasted three years. During that time, he earned more and more money each season as part of the scaling process. He also performed extremely well, which meant he was due for a much bigger payday down the road.

As with all great players, his large check finally came. His first major signing occurred in 2014. After deciding to help Lebron bring the city of Cleveland a championship, Kyrie signed a huge five-year, $94 million deal.

He of course fulfilled his end of the bargain, giving the team their first ring, before moving on to other organizations. After bouncing around to the east coast, Irving penned his next big deal with the Nets. The franchise offered him a four-year contract worth an incredible $141 million.

At that price, he took in more than $40 million a year over the last several years. That puts him in the upper echelon of highest paid players in the league, and easily makes him one of the richest athletes on Earth. Even so, such signings are only a portion of his overall wealth.

Irving is a rare case in the NBA because nearly half of his earnings come from brand deals. Most players supplement or back up their income with external contracts, but it’s unusual for such contracts to make up most of a player’s income.

The reason Irving gets so much from endorsements is because he has deals with some of the biggest brands on Earth. That includes the likes of both Nike and Pepsi. He’s done commercials for the sponsors, and has one of the biggest Nike deals out of any player.

In fact, there were multiple years where he out-sold every single other athlete on Nike’s roster except for Lebron James. That’s pretty impressive and shows he’s worth the incredible $11 million the company decided to pay him.

While Irving has more than enough money to last him several lifetimes, he could be worth even more if he didn’t sit out early on in the 2021-2022 season. Though he came back, the flashy scorer refused to get vaccinated and refused to play in protest of the Nets’ vaccination policy.

He ended up going into only 29 games during the year, which definitely ate into his potential earnings. He’ll likely be back in the future, but unlike injuries, missing time on the court voluntarily does cost a player their paycheck.

That time off took millions from Kyrie. Such losses didn’t have a huge impact on his net worth, seeing as he’s already earned so much money from his time in the league, but it’s still a reason he hasn’t hit the $100 million mark.

Irving gives a good amount to charity as well. He’s contributed to multiple donations over the years, including charity walks and Feeding America. Those payments are typically in the low hundred thousands, which is another reason he doesn’t have as much as many might think.

Irving is one of the richest players in the NBA, and that comes from his on and off court play. He’s had two large contracts, but neither were at the same supermax level that we’ve seen stars like Doncic, Giannis, or Jokic sign as of late.

Even so, it doesn’t matter too much to Kyrie because he takes in so much from his various sponsorships. While he’s been at the heart of a lot of controversy lately, his deals will likely continue to pay out as time goes on.