Kyrie Irving’s 14 Tattoos and Their Meanings 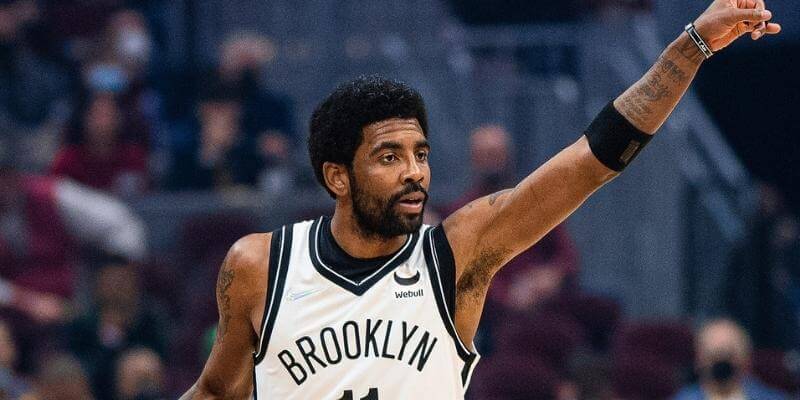 While all sports have tattooed athletes, they are more frequent in the NBA. The league has some of the lightest jerseys, which gives players a chance to show off their ink in ways they wouldn’t be able to in the NFL or MLB. That includes Kyrie Irving.

This guide breaks down the Nets point guard’s tattoos by going over the images and studying their various meanings. Doing so will shed light on his play style, and take a look at the different values he tries to achieve in his everyday life.

Kyrie has a lot of different tattoos on different parts of his body. He’s not completely covered, but he has a solid amount of ink. Though some of his images seem random at first glance, they all link back to his determination, family, and faith.

Irving has a tattoo of H&H on his right pec. Those words stand for two of his largest values, staying happy and humble. To reinforce that point, he also has those words inked just under the letters.

To complement the above tattoo, Irving has “Elizabeth Irving” on his left pec. That’s his daughter’s name, and shows the strong connection the player has to his family.

One of Irving’s more prominent tattoos is a large Chinese dragon on his back. This ink is personal to the point guard because the image reflects some of his biggest values. That includes wisdom, health, and good luck.

Irving also has the phrase “DES/DAL, Just to 3 of us” on the left side of his back. While it may be confusing at first glance, the abbreviation refers to his family. It stands for his dad, Drederick Irving, his mom Elizabeth, his daughter Azure, and his sisters Asia and London.

It looks like Cleveland Cavaliers’ Kyrie Irving has a “Friends” tattoo http://t.co/ksAqSSwjZb pic.twitter.com/60J1So803P

Though many of Irving’s tattoos have deeper or more nuanced meaning, the word F.R.I.E.N.D.S. on his left forearm is much more basic. It’s simply a reference to the popular show, which the Nets guard loved to watch growing up.

Irving is a deeply spiritual man, and he’s religious as well. His conversion to Islam shows how much he values his faith, which is why he has the word on his body. The image of two angel wings on his arm reflect that love of religion as well.

Irving is someone who believes in the mystical and spiritual as much as our own world. He’s constantly questioning things and exploring different theories. That’s why he has the All-Seeing Eye, which is the eye of God and symbol of the Illuminati, on the back of his right hand.

The upper part of Irving’s right arm contains an image that features many animals, including a rooster, lion, monkey, and a fish. Nobody is quite sure what that combination means or why it’s significant, but it’s likely another representation of values the point guard holds so dear.

One of Irving’s most basic tattoos is the word “Honest” on his right leg. It may not be flashy or have the same artistic style as his other pieces, but it’s another value-related image that reflects something he tries to practice every day.

He has the hand of Fatima on his upper arm too. This symbol, which links into the themes of faith, goodness, and good health, is an ancient talisman that comes from the Hebrew word hamesh. It is said to bring good luck and ward off negative energy.

Irving has the roman numerals for 8 inked on his left wrist and the numerals for 13 on his right. Those come together to form another family-oriented tattoo, his daughter’s birthday (8/13).

Kyrie Irving is a man of many tattoos. He’s not the most tatted person in the NBA, but he has a lot more ink than most other players. He clearly loves getting the images on his body, and will likely add more with time. That is, if he has the space to put them where he wants.