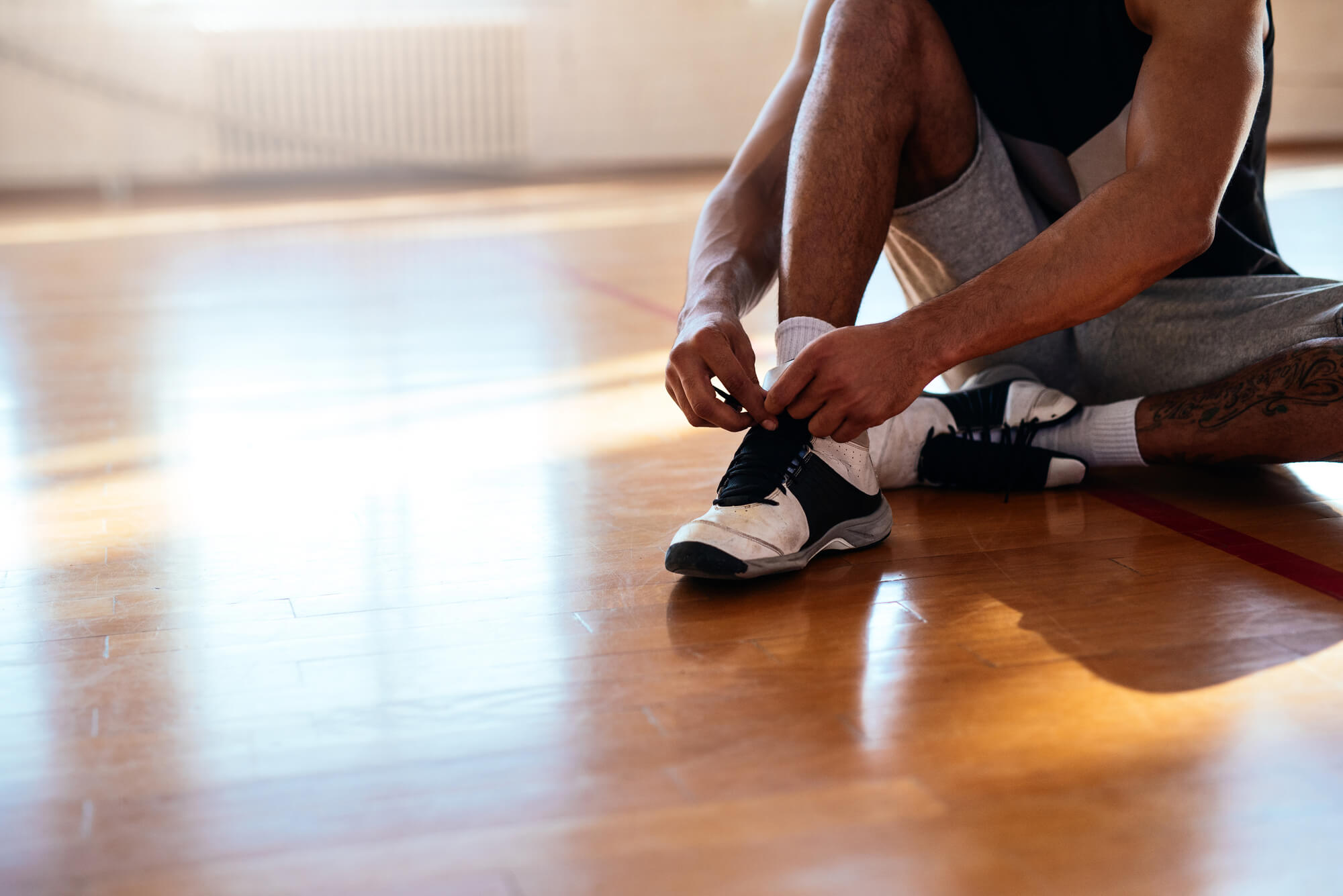 There is no denying the popularity of video games among professional athletes. Their schedules – the amount of travel and downtime they have during the season – lends nicely to playing the hottest games to pass the time and keep them out of the spotlight. Few games have caught the attention of mainstream social media and gamers as Fortnite did a few years back. In fact, there was probably a time when your Instagram feed was filled with Fortnite memes and videos.

The game was so popular that an NBA player even wore Fortnite-inspired sneakers on the court during a game. But which NBA player was it that was such a fan, that he wore shoes representing the game? Have I piqued your interest?

The NBA player that wore Fortnite-inspired sneakers was Josh Hart of the Los Angeles Lakers. Hart had LA-based artist and shoe designer Kickstradomis design a custom pair of sneakers devoted to Fortnite due to Hart’s love of the video game. If you check this video out, you can see Kickstrodamis deliver the shoes to Hart live at Hart’s house and the exchange is pretty entertaining.

However, some of you may have questions about this whole story. Like, who is Kickstrodamis? What is Fortnite? I didn’t even know you could paint on shoes!? The last one isn’t even a question, but you get the idea. And, yes, you can paint on shoes and they actually come out really nice as you can see in the video of Hart’s shoes above. If you are a little confused by the other elements of this story, we’ve got you covered.

Fortnite: The Game and Its Popularity

Playing video games is an extremely popular pastime and has been for over forty years. Once in a while, however, a game becomes more than just a game. It transforms into a cultural phenomenon. Think Super Mario Brothers, Mortal Kombat, or Minecraft. Fortnite grabbed hold of the video game community and, through perfect timing – it gained so much free publicity with memes and Instagram videos on social media – shot straight to the top of the list.

Fortnite offers multitudes of gameplay in a vast world. You are able to freely move about the Fortnite universe and play by yourself or with friends. It is creative in its missions and weaponry and is an easy game to play but offers sophistication when necessary. The look and feel of the game is very welcoming to players and fans alike. It is more cartoon fantasy and less real-life grit which lends itself to parents of the younger fanbase.

You can’t help but notice the price tag on Fortnite: Battle Royal too: $0. As in, free! This was a huge win for the creators as it gave their game accessibility that couldn’t be matched by another video game with a $60 sticker.

It was also the benefactor of being in the right place at the right time. This includes growing in popularity with a range of players from middle schoolers to grown-ups, like celebrities and professional athletes. Which is where Josh Hart comes in, or JoshHartNova as he is known on the video game. Hart became a huge fan of the game, to the point where he was interested in sneakers dedicated to it. 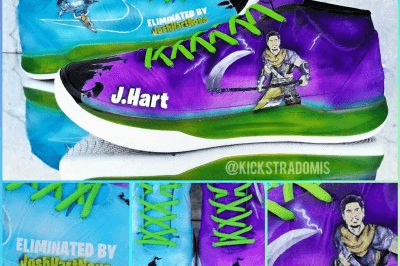 If you are an NBA fan or a big-time “sneakerhead”, you may have heard of the artist and sneaker designer Kickstrodamis. If not, however, he is a fresh face on your radar. At a young age, Kickstrodamis, or Salvador Amezcua to friends and family, always loved sneakers but his family never had the disposable income to buy the sneakers. Once he grew old enough to pay for his own shoes was when he began buying and customizing them.

Through hard work, long late nights in his backyard shed-turned-sneaker studio, and many many sneaker screw-ups, Kickstrodamis began building his skills and cementing his reputation of up and coming sneaker artist. He began earning recognition from popular sneaker blogs and started attending events to display his artwork for his growing eager fanbase. That all changed in 2016 when he got in a bad car accident, on his way to Sneaker Con, ironically.

Kickstrodamis almost gave up on his dream taking a minimum wage job in a warehouse once he recovered from his injuries. He lost his reputation in the sneaker game for over a year until, one day, he decided to throw a Hail Mary of sorts and message NBA All-Star, Karl Anthony Townes. Townes was pumped to hear from him and said if Kicstrodamis designed him a sneaker he would be sure to pass his name around to some of the NBA’s superstars.

Since that fateful moment, he and Townes have struck up a friendship and his sneaker design business has exploded. He has created specialty sneakers for countless NBA players including James Harden, Russell Westbrook, Donovan Mitchell, Zion Williamson, and, of course, Josh Hart.

Hart is a very vocal fan of Fortnite, even playing in Fortnite tournaments at events and showing up on ESPN for video games instead of for his basketball prowess. This clip shows Hart, after just finishing competing in a Fortnite tournament proclaim himself to be the best Fortnite player across the entire NBA. You can feel the passion Hart has for the game, and Kickstrodamis wanted to honor that passion with the sneakers he designed.

If you refer back to the picture above, you will notice the Fortnite sneakers painted Laker purple as its backdrop. The figure on the sneaker is actually Hart created as his own Fortnite character. One side of the sneaker has “J. Hart” and the other side says “Eliminated by JoshHartNova” which is Hart’s name on the game. The sneaker that Kickstrodamis decided to design this on are Kobe’s, a fitting shoe of ex-Laker great for Hart, the current Laker.

So, there you have it. This article should give you a better idea of not only the Fortnite sneakers designed specifically for NBA hooper Josh Hart but is also a glimpse into the world of sneaker artists and custom-made sneaker art. Kickstrodamis is only one of the many talented sneaker artists that have launched lucrative careers creating specialized shoes for athletes that show the fans a different side of their personality and brings their passions to the public.

Next time you turn on a game, be on the lookout for custom-designed sneakers on your favorite athletes. Who knows, you may be able to catch a glimpse of a Kickstrodamis original.