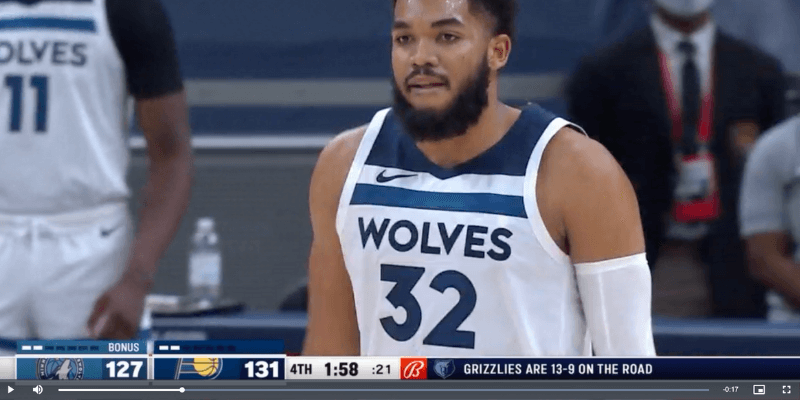 Have you ever watched a hotly contested NBA game and thought to yourself, “the refs blew this one”? I think we all have stories about certain calls (and no-calls) unfairly swinging a game’s outcome. We aren’t the only ones. In fact, the NBA has a method of keeping track of the most crucial part of a game: the last two minutes.

According to the Frequently Asked Questions section of the NBA’s website, the official definition of the Last Two-Minute Report is “a play-by-play report regarding all calls and material non-calls in the last two minutes of the fourth quarter or the last two minutes of any overtime period (if applicable) for all games (including playoffs) that meet designated criteria.” In the NBA’s eyes, missed calls are just as crucial as wrong calls by a referee.

The NBA began issuing L2M’s to bring deeper understanding and transparency to fans, media members, and teams. It adds more accountability to the league and its referees. NBA officials are right 90% of the time, which is an admirable feat. However, the NBA wanted to be proactive in addressing missed calls or no-calls during close games.

The big question is, does the Last Two-Minute Report help or hurt the league? More on that later.

The above definition of the L2M Report is spot-on. However, you may have some pretty valid follow-up questions. First, what does ‘designated criteria’ mean?

The criteria for using a Last Two-Minute Report is that a game in which one team’s lead is three points or fewer at any point during the last two minutes of a game. Once that criteria is met, the Last Two-Minute Report is enacted. The NBA’s League Operations senior management team reviews all L2Ms; final decisions are made by the Executive Vice President of League Operations, currently Kiki VanDeWeghe.

While a Last Two-Minute Report might be a valuable asset to the media—which covers every facet of the game and runs toward controversy—not everyone is a fan. In 2016, just a year after its implementation, the National Basketball Referees Association (NBRA) wrote the league office asking them to stop making the Last Two-Minute Report public.

To paraphrase the letter, the NBRA stated that, while they understood the league’s reasoning behind them, L2Ms actually did more harm than good for the officials and the game of basketball. Since the league continues to release them, they obviously did not grant the NBRA’s request, saying that the reports help protect the game’s integrity.

Do the referees have a point? Perhaps. Being a referee is a hard enough job in and of itself. Letting the public know when you made a wrong call might be an unfair assessment of your whole body of work. You also have to consider that the league can use high-definition cameras to slow the footage down, while a referee’s judgment comes a split second after the play happens.

Another aspect that sometimes goes uncovered by the media is that the referees make these calls while physically tired and with 10 large individuals possibly in their way. Refs oversee approximately 1,500 games during an NBA season, including preseason and the playoffs. Making the correct call 90% of the time is a major win in my book.

The bottom line is that there are pros and cons for Last Two-Minute Reports. Let’s cover them now.

The league’s main goal with releasing these reports is that they publicly acknowledge when they have made an error. Like it or not, the NBA is scrutinized on almost every level. Executives are criticized when they implement bad policies, and the coaches and players are dissected to unfair levels daily. Why shouldn’t refs, who are compensated well in their position, get criticized when they make a bad call?

Also, as long as the league has been around, refs have been accused of making it easier for the most popular teams to succeed. Bottom line—the NBA makes more money when the Knicks or Lakers make the NBA Finals than if the Oklahoma City Thunder do. Just ask the 2002 Sacramento Kings if the fix was in during their playoff series with the LA Lakers? Many believed the officiating helped sway it to the Lakers, who eventually won the title.

This report takes some of the accusations out of the equation, which helps the league’s image.

Last Two-Minute Reports are used to evaluate a referee’s performance in-house as well. Referees are graded on their performances and either get rewarded or punished based on the results. If you are a successful ref, you get to call playoff games and the NBA Finals—which means more money and praise. If you don’t fare well on the court, then good luck getting the call-up come playoff time.

Is The L2M Counterproductive?

So the report will show which calls the referees missed in a close game . . . after the contest has ended. While transparency and accountability are noble, does knowing after the game that calls were flubbed make the situation better or worse? They don’t affect the game’s outcome—but they do generate anger towards officials and quite possibly the NBA. Does it matter if the league admits fault and changes nothing?

Another thing to ponder is that the official’s job is to control the game while essentially going unnoticed. Referees understand that the attention of the fans shouldn’t be on them. They monitor the action and ensure the rules are carried out. If a referee crew gets singled out after a bad game, does that increase transparency for the league, or does it miss the point as to why the reports are utilized in the first place?

The biggest draw to live professional sports is the drama that it brings. Athletes competing against each other are what make live sports unlike any other content on television, and the people officiating the games play a large part in that.

Referees are human beings, and humans are flawed. In many people’s opinions, this improves the game because the referee adds another variable to the action. Sure, no one is a fan of their team losing a game because of a missed call. But we need to be careful how we incorporate technology into basketball because the drama is in those human details that sometimes lean in your favor and sometimes don’t.

The Last Two-Minute Report is an innovation for the NBA, which prides itself on listening to its critics to improve its product. But is the report a tool that the league and refs learn from, or does it hinder performance? Reffing a professional basketball game is almost as difficult as playing in it, and referees already make the right call 90% of the time. A 90% free throw shooter is considered successful, so shouldn’t the refs too?

What is your opinion on the Last Two-Minute Report? Let us know in the comments section below!