Does LeBron James Own Liverpool 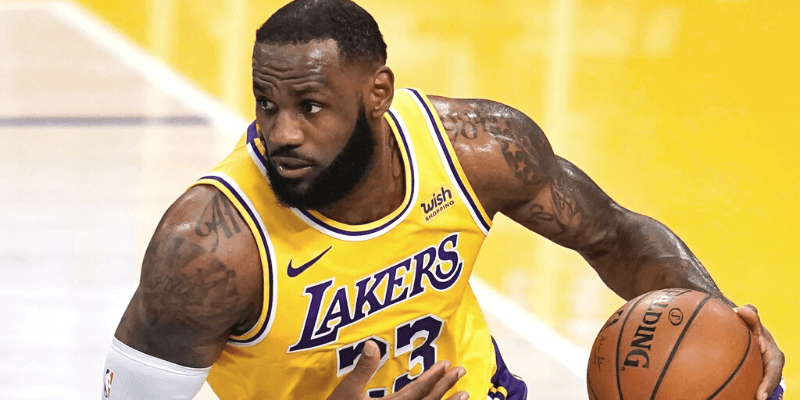 LeBron James, one of the greatest basketball players in the history of the sport, is a renaissance man. On top of his on-court talents, he’s a businessman, philanthropist, and a pretty decent actor, too. But does LeBron James own a soccer team?

This article will look at what led to LeBron James owning a piece of the English Premier League’s Liverpool Football Club, one of the most famous club teams in soccer.

For readers who love basketball but wouldn’t know a Liverpool star if they walked up and kicked you in the . . . shin, let’s first explain just how popular Liverpool’s club team really is.

Liverpool was founded in 1892. They played at the hallowed Anfield ground from their founding until now. The club is one of the most widely followed teams in soccer history—and also one of the richest. In 2021, Liverpool was valued at $4.1 billion, placing the club fifth in the world.

Liverpool has experienced loads of success on the soccer pitch since its inception. They’ve won 19 league titles, which is similar to if an NBA team won the regular season that many times (soccer doesn’t have playoffs or an end-of-the-season tournament). They have also won the FA Cup seven times, fifteen FA Community Shields, and a record eight League Cups.

Since 1892, very few soccer clubs have rivaled Liverpool’s success. To compare Liverpool to an NBA team, think of the Boston Celtics. Both teams have a storied past and are atop the list of league titles. Interestingly, John Henry, owner of the Boston Red Sox, also owns Liverpool.

Based on the global appeal of Liverpool, it makes perfect sense to invest money into the team if you have it. Guess what—LeBron James does. Let’s see where he comes into play in all of this.

James’ initial 2% Liverpool investment back in 2011 has increased in value six-fold and continues to rise. But how did he get there?

Well, in 2011, when James played for the Heat and hadn’t even won his first NBA title yet, he struck up a business relationship with John Henry’s Fenway Sports Group (FSG). FSG had become LeBron’s chief marketing agency. That deal gave James the 2% stake in Liverpool, which was worth around $6 million.

Today, his stake in Liverpool is now valued at around $40 million.

Why? When James entered into Liverpool ownership in 2011, it seemed as if the club’s dominance was behind them. They hadn’t won the Premier League title since its creation in 1992. That all changed when Jurgen Klopp became the team’s manager in 2015. Klopp vowed to bring trophies back to Anfield and take Liverpool back to the heights it had known so well during its rich history. It only took Klopp 5 years to get Liverpool back to the top of the Premier League mountain. The 2019-20 season saw Liverpool capture the Premier League title after a brief season postponement due to the global pandemic. On an interesting side note, James also won the NBA title with the Lakers in 2019-20.

In April 2021, James increased his ownership stake in Liverpool. The deal increased LeBron’s stake in the club and made him a partner in the Fenway Sports Group (incidentally, he’s now also a minority owner of the Boston Red Sox). FSG is thrilled with their deepening partnership with LeBron and his business partner, Maverick Carter.

LeBron James has built an empire both on and off the court. If Michael Jordan originated building a brand from basketball, then LeBron is his successor. Sure, other players like Kevin Durant have built their business acumen off the court, but no one touches LeBron.

An ownership stake in two of the most storied teams in history—the Boston Red Sox and Liverpool FC—has catapulted King James into a level of wealth no other athlete has even sniffed. Sure, players make millions on endorsement deals, but James’ ownership status is rivaled by no one. He, along with Liverpool, is in a category all by himself.

LeBron fans, what do you think of King James becoming an owner of a couple of pro sports teams? Let us know below in the comments section!