What Position Does Lebron James Play? 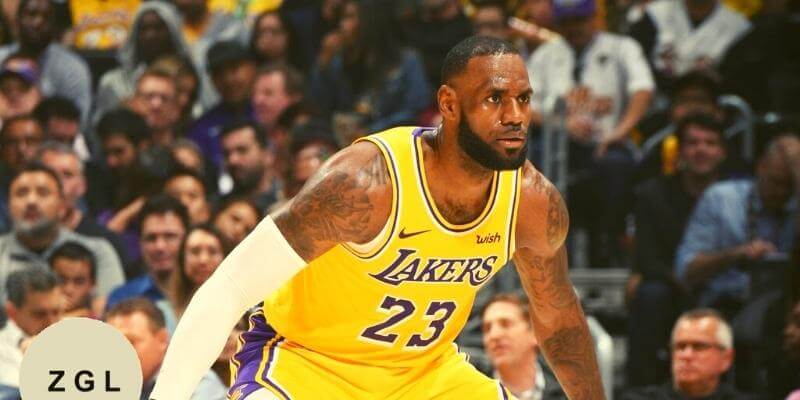 The NBA used to be a league of set positions and clearly defined roles, but that’s largely changed in the modern era. Players have gotten much more athletic than they once were, which has caused them to take on a few different roles within the game.

Though no one player led to that shift, Lebron James is a big reason for the more fluid game style.

He mainly plays as a small forward and a power forward, but occasionally takes the point guard and shooting guard positions as well.

The following sections will break down how he impacted the game in that way, and look at a few other premium players who do a little bit of everything.

A Game of Adaptation

Before getting into what Lebron does on the court, it’s first crucial to understand the way the modern NBA operates as a whole. The league is always changing, and that’s especially been true over the last few decades. The 90’s are a different world than today.

That’s true for several reasons, including the stretching of the floor and the reliance on threes, but nothing’s quite as big as players adopting several roles. Back in the day, athletes would stay in one position. Now, offenses are much more fluid.

Point guards are bigger than ever. Big men also shoot from outside and can pass with the best of them. That creates a constantly shifting game where a player might fit into a single role with one team and then play two or three with a different organization.

Versatility is the name of the game. NBA players need to be able to fill a wide variety of different slots. Not just for the team they’re currently on, but for anywhere they might go as well.

A Strong and Varied Scorer

As mentioned, Lebron is one of the first players to bend the rules. He had such a wide and varied skill set that, rather than being confined to a single position, he managed to do a lot of things at once. He was tenacious on defense, and acted as an offensive swiss army knife.

Coming into the league, he was a small forward. That’s his “true” position, and the one he’s most often associated with. He’s never had a great three shot, which restricts his ability to be a shooting guard, and he’s so big that nobody thought he could play the point.

He entered the NBA at 6’8, 240 pounds. Those dimensions, combined with his speed and athleticism, allowed him to create most of his offense through hard rim attacks, strong dunks, and powerful drives. Such a mix made him a great small forward.

Even so, he was never confined to that role. Where players used to have to stay at their position as much as they could, Lebron wasn’t afraid to attack opponents in a few different ways.

It didn’t take long for the league to realize Lebron’s talent. He had the scoring capabilities of a small forward, but his size and strength only grew with each passing season. He got bigger, and as he got bigger, his post game got better and better.

His larger frame brought a brand new dimension to his game and allowed him to play power forward as well. He banged a lot down on the block and would back people down just as often as he’d drive. That enabled him to use his skills in a multitude of ways nobody could match.

Large, for a Court General

Lebron played both forward positions for a long time. That’s his main role, but he also took over the point every now and then during his years in Miami and Cleveland.

It may seem strange for someone as big and tough as Lebron to run the point, but he has one of the best basketball minds anyone has ever seen. Not only does he understand how to score, but his court vision is nearly unmatched.

The ability to see, run, and focus an offense led him to bring the ball up the court a lot of the time. He made his teammates better and constantly found the open man. That’s a big reason why so many people wanted to play on his team. He made them better.

He averaged more than eight assists per game during his four years acting as a point forward. Add on his lethal scoring ability, and you had a large point guard who almost no one could stop.

It’s easy to label Lebron James as a small forward, but that would be a big disservice to his legacy. The big man has the skills of a wing, the size of a forward, the shooting of a guard, and the basketball IQ of a point. That creates a truly unique package.

Not only did Lebron’s versatility help him become one of the biggest stars of all time, it paved the way for many current superstars too. The league has changed forever. While there are many reasons for that, the King is undoubtedly one of the biggest.